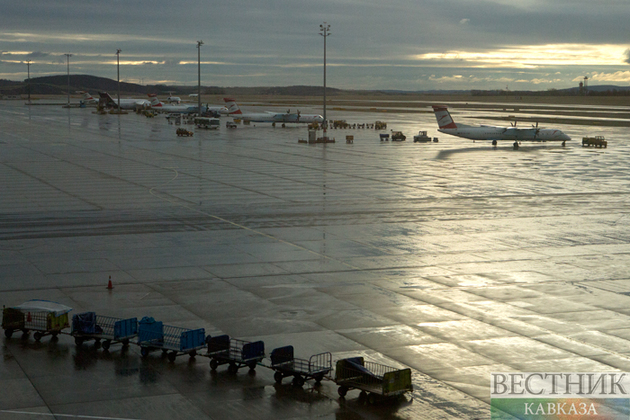 After months of talks between the Taliban (a terrorist organization forbidden in Russia), Qatar and Turkey over managing Afghanistan’s airports, the UAE has instead been confirmed as the preferred partner - signalling tensions between the Afghan group and Doha. Middle East Eye reports that Afghanistan announced that the UAE has signed a memorandum of understanding with the Taliban-led Islamic Emirate that will see the Emiratis manage three airports.

Abdul Ghani Baradar, Afghan deputy prime minister for economic affairs, was present at the signing of the deal, which will see the UAE-based consortium GAAC/G42 take over responsibility for ground services at the international airports in Kabul, Herat and Kandahar. Speaking at the event, Baradar said the agreement would pave the way for all international airlines to return to Afghanistan. Turkish Airlines, Emirates, flydubai and carriers from India suspended flights to the country shortly after the withdrawal of all international forces in late August 2021.

The announcement came as a surprise not only because of the ongoing talks with Doha and Ankara, which seemed to move at a stop-start pace over the past eight months, but also because few observers expected Baradar’s visit to the UAE last week to amount to much.

While in the Emirates, Baradar made it a point to visit Afghan entrepreneurs based in the country and beseeched them to invest in their homeland, which is facing major economic hurdles, due to Washington withholding billions in Afghan Central Bank assets and cutbacks to aid and investment after the Taliban returned to power on 15 August last year. “Fortunately, with the advent of the Islamic Emirate in Afghanistan, corruption is over and everyone has the opportunity to work,” Baradar said during a meeting with Afghan traders and businessmen in the UAE. His statement was in reference to decades-long accusations of corruption, fraud and lack of transparency in the former western-backed Islamic Republic. In 2021, the then Afghan government was ranked 174 out of 180 countries by an international transparency monitor. “It is our responsibility to create a safe space for you and your businesses and to rebuild this country together,” Baradar told the entrepreneurs. He cited the damage to Kabul’s international airport in August as an example of the work still to be done in the country.

When it was announced that then-president Ashraf Ghani, along with top members of his cabinet, fled the country and the Taliban were heading into Kabul on 15 August, thousands of Afghans began to flock to the airport. For several days, desperate Afghans squatted inside the airport, while footage of young men plummeting to their deaths after trying to cling to the wheels of a US military plane during take-off made international headlines. Until the 31 August foreign withdrawal, tens of thousands of others camped out near the entrances of the airport, hoping to catch one of the final flights out of the country.

During his meetings with the potential investors, Baradar specifically raised the issue of having the UAE take over operations of Afghanistan’s airports, but that statement largely failed to make the news during his trip. The agreement was ultimately signed within days of his return to Kabul.

This week’s agreement is not the first time that GAAC/G42 has taken on this role in Afghanistan. In 2020 the group signed a similar agreement with the previous government. But when Ashraf Ghani and his cabinet absconded and the international forces withdrew, Kabul airport was largely left without management.

In September, when Afghan carriers resumed their own operations in the country, the Qataris took security responsibility for the airport, especially for those Afghans who were being evacuated out of the country. The Qataris also helped repair the airport premises, including the international terminal, which was heavily damaged due to the rush of people heading to the airport in the initial days after the Taliban’s return to power.

The specifics of the UAE deal are still unknown, but last autumn Qatari sources told Middle East Eye that there were already signs of strain between Doha and the Taliban. A source in Qatar, who could not be named due to sensitivities around the talks, told MEE that the Taliban were strictly opposed to Qatari security forces wearing any sort of military uniform. So when Qatari security escorted evacuees to Kabul airport last summer, they donned black polo shirts and cargo pants. The only evidence of their ties to Qatari forces were the small purple and white flag patches on their bulletproof vests, the source said.

Evacuees who left Afghanistan in September and October confirmed to MEE that the Qataris were in plainclothes, despite being armed and leading convoys of evacuees into the airport while travelling in armoured SUVs.

The evacuees commented on the efficiency of the Qatari operation at Kabul airport, at a time when the Taliban’s only role was at the main entrance of the compound. They said the rest of the process of getting out of Afghanistan was handled by Qataris, who escorted them to the tarmac and stood guard until Qatar Airways planes took off, and by the former airport staff who had been working there for years.

Despite this close and successful cooperation during last summer’s evacuations, a long-term arrangement could not be reached. The Qatari source said the Taliban failed to meet Doha’s requests for handling security outside the airport and ensuring that passengers could arrive inside the compound safely. “We had certain terms, and they just didn’t listen. Security isn’t just scanners and patting people down,” said the source. There have been signs of strain in the relationship with Qatar for months now. Doha has called out the Taliban’s restrictions on women working and teenage girls returning to high school on several occasions.

Qatar has had a relationship with the Taliban since at least 2011, when at the behest of former US President Barack Obama and his Afghan counterpart, Hamid Karzai, Doha was chosen as the location of a Taliban office tasked with negotiating a peace between the group and the western-backed government. That relationship seemed to grow stronger in November, when Doha was named as Washington’s diplomatic representative in a Taliban-run Afghanistan.

Despite this, their regional rivals in Abu Dhabi have managed to outpace them in an airport agreement with the Taliban. Ankara, too, seems to have lost out on the deal. Though Turkey was also very much involved in talks around airport management, the government complained that the lack of an “inclusive” government in Afghanistan was hindering Turkey’s relations with the Taliban.

Despite the alleged strains, Turkey is one of the few countries to restart deportations of Afghan refugees, with flights transporting hundreds of Afghans back to the country each week. This practice has led Afghan business owners and refugee rights groups in Istanbul and Ankara to accuse Turkey of having an “unofficially official” relationship with the Islamic Emirate.

Russia ready to provide aid to Afghanistan over earthquake - diplomat