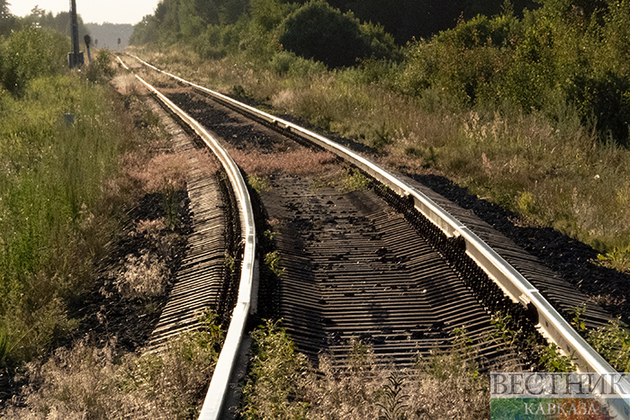 Railways authorities from Afghanistan, China, Uzbekistan and Kyrgyzstan signed an accord on Friday to create a new economic corridor between their countries. The agreement is on a trial basis for three months. A new economic corridor between four countries that will run along Afghanistan’s northern border will boost trade between the South Asian country and China. The trial agreement is also expected to boost regional connectivity.

According to Arab News, the agreement concerns “containerized commercial goods” from China that will first come to Kyrgyzstan before reaching Afghanistan’s Balkh province via Uzbekistan. The corridor will also include various transportation systems, including trucks, though most will involve shipments via railways.

“The economic corridor has several benefits for Afghanistan,” ARA spokesman Abdulsami Dorani said. “The containerized goods that would previously reach Afghanistan from China in two months through land transport will now reach Afghanistan via train in just two weeks. The corridor will also create employment opportunities for Afghans.”

As transportation time is reduced for shipment of goods and expenses decrease, the Afghan government is expecting an increase in revenue, Dorani said. “We will also experience regional connectivity. If we can export goods to China and import goods from there, it means we can create a regional connection,” he said. The countries involved are also committed to reduce tariffs on Afghanistan’s exports and imports, Dorani said.

China announced long-term economic reconstruction plans with the Taliban-led government (prohibited in Russia) in July, after pledging $8 million in aid for relief from the June 22 earthquake in the southeast of the country that killed more than 1,000 people. China’s Ambassador Wang Yu said that one of the priorities would be trade.

Afghan economic expert Dr. Tayeb Khan hailed the new corridor as a “significant achievement” for the Taliban government, prohibited in Russia. “In a situation where the new government in Afghanistan is facing multiple restrictions, creating this economic corridor is a significant achievement for Afghanistan and the region,” Khan said. “It will help Afghanistan increase its exports and decrease its dependency in trade on specific regional countries, in addition to instantly reducing prices of goods inside the country,” he added.

But Afghanistan still has more work cut out for it, Khan said, as the country must also balance its trade with other countries beyond China. Though the new corridor is a good alternative, developing a trade route in the Wakhan corridor, a narrow strip in the region of Badakhshan should be the government’s long-term goal. While Wakhan still lacks adequate infrastructure for any significant economic activities to take place, it may still play a key role in China’s Belt and Road Initiative. “The corridor is a good temporary solution to improving Afghanistan’s trade but cannot be a full time alternative to Wakhan, which connects Afghanistan and China without any mediator.”