A preferential trade agreement between Turkey and Azerbaijan will be signed shortly, Trade Minister Ruhsar Pekcan said Thursday. "The deal will be signed during the Strategic Cooperation Council meeting in the presence of both presidents," Pekcan said during her visit to Baku to meet her Azerbaijani counterpart, Daily Sabah writes in the article Ankara, Baku to sign preferential trade agreement soon.

At a meeting with the Minister of Economy of Azerbaijan, Mikhail Jabbarov, Ruhsar Pekcan said that Turkey is interested in the trade growth with Azerbaijan, noting that the expansion of trade relations will mark the activities of the Turkish Trade Advisor in the Nakhchivan Autonomous Republic. The Azerbaijan-Turkey business meeting was held in Baku with the participation of Jabbarov and Pekcan. The event was organized by the Azerbaijani Export and Investment Promotion Fund with the support of the Ministry of Economy. It brought together entrepreneurs working in industrial, agricultural, transport, construction, trade, tourism and other spheres. The meeting was also attended by the Chairman of the Foreign Economic Relations Board (DEİK), Nail Olpak, who said that they are aware of their duty as the business world to increase trade volume.

Recently, a joint action plan of 147 provisions was developed at a meeting of the Joint Economic Commission. "Together with Mr. Jabbarov, we will constantly monitor the implementation of the tasks set in these 147 provisions. At our Ankara meeting with the chairman of the Customs Committee of Azerbaijan, we signed a memorandum of understanding on a simplified customs corridor," the Turkish minister said. "With the support of Azerbaijan, Georgia and Turkey, we will hold a joint business forum and, by signing a joint memorandum of understanding on a simplified customs corridor, we will take joint steps to facilitate trade and customs procedures between our countries. In addition, with the support of our presidents we will sign a preferential trade agreement soon, " Pekcan said. 15 provisions will be included to the deal, such as new-generation free trade agreements, services and investments.

Indicating that they will hold a meeting with Azeri and Turkish businessmen to promote investment opportunities in Azerbaijan in February 2020, Jabbarov noted: "The Azeri economy is open for the Turkish economy and investments. We are deepening economic reforms. We are ready to help Turkish businesspeople." 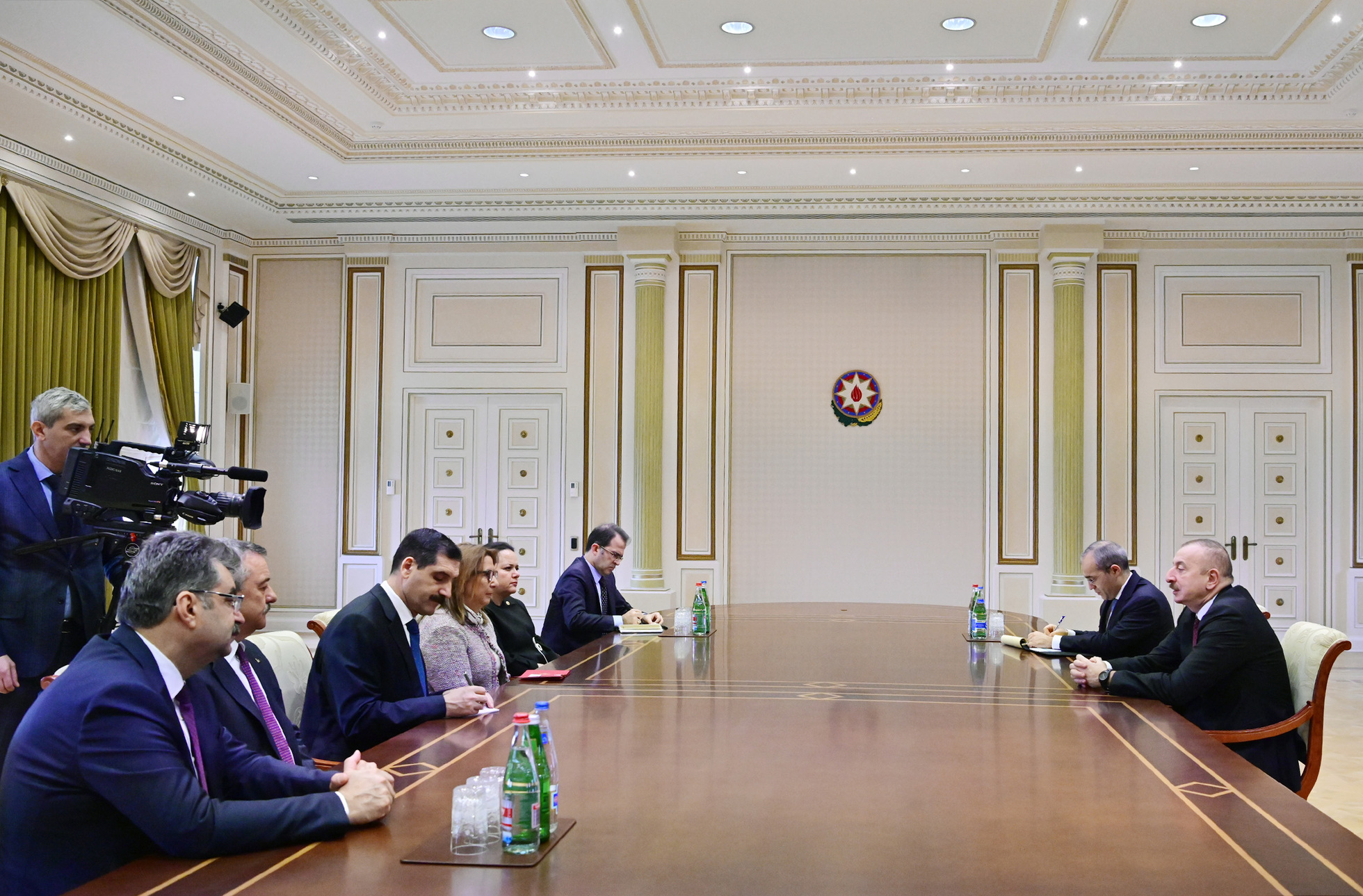 Pekcan was later accepted by President Aliyev, who drew attention that the outgoing year was successful for the Azerbaijani-Turkish relations: "Numerous meetings, including at the ministerial level, meetings at international events have further strengthened our unity. This year, in Baku, the Summit of Cooperation Council of Turkic-speaking states was held, which once again confirmed our solidarity. The Turkish-Azerbaijani relations are of particular importance and at their peak today. We successfully cooperate in all spheres ... This year we celebrated very important events together. One of them the completion of the TANAP to the European border. Last year TANAP entered the Turkish market, and at the end of November this year, it reached the European border. Next year, the Southern Gas Corridor will be fully operational.”

"Up until now, Azerbaijan has invested more than $17 billion in the Turkish economy and Turkey has invested over $12 billion in Azerbaijan. SOCAR (State Oil Company of Azerbaijan Republic) has new investment projects. This economic cooperation is a strong indicator of the filial relations between the two countries," Aliyev said. "Hundreds of Turkish companies operate in Azerbaijan. They participate in very important projects for us - especially technologically intensive, construction and industrial projects. Turkish companies are engaged in the construction, design and architecture of many modern buildings in Baku. The projects implemented here by foreign companies in the framework of the state programs are dominated by Turks. After the signing of the preferential trade agreement, the trade volumes will increase even further. "

The Turkish trade minister emphasized that they also intensively discussed the issues of transportation and customs with Azerbaijan, noting that they would mutually work on the liberalization of transportation and the more efficient use of the Baku-Tbilisi-Kars line. Linking Turkey, Azerbaijan and Georgia, the 826-kilometer (513-mile) BTK railway project started operations in October 2017. SOCAR Turkey's investments include Petkim, Turkey's leading petrochemicals manufacturer; STAR Refinery, which began operations in 2018; the Trans-Anatolian Natural Gas Pipeline Project (TANAP), which will transport Caspian gas through Turkey and onward to Europe; and Petlim, the largest container port on Turkey's Aegean Sea coast as well as natural gas distribution. SOCAR plans another petrochemical facility investment in İzmir in partnership with BP with an estimated cost of $1.8 billion