Arab tourists keep out of Europe 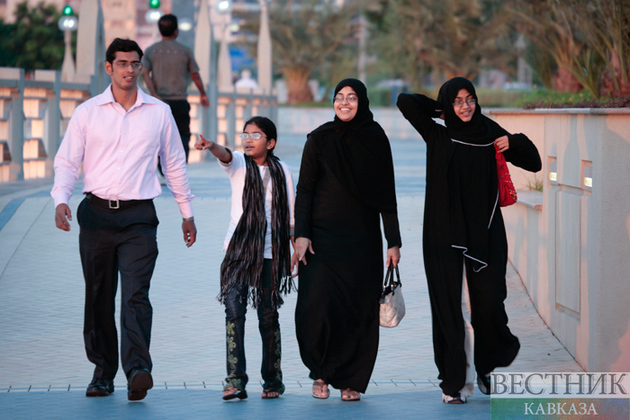 The Jerusalem Post reported that Bahrain, for example, witnessed the entry of more than 1.5 million visitors during July, which are unusual numbers during the high temperatures of the summer month. Dubai, the Emirates, and other mountainous tourist areas in Saudi Arabia such as Abha, also witnessed a significant increase in the number of visitors and tourists, with hotel occupancy rates reaching between 70% and 100%, according to preliminary statistics from Gulf tourism departments. According to specialists, the high ticket prices, which came due to the decrease in the number of flights after the easing of the coronavirus pandemic, contributed to the decrease in the number of people traveling abroad. Social media also circulated videos and news about some Gulf and Arab tourists being targeted for criminal acts in some countries, including incidents that took place in Barcelona, London and Paris, which led to great resentment among activists and social media users.

Several GCC countries launched their own tourism strategies at least five years ago, aiming to increase domestic tourism from citizens of the Gulf countries, who are considered to be the highest spenders. These strategies rely on programs targeting mainly family tourism, including concerts, game areas, beaches and shopping malls, in addition to increasing the number of resorts, hotels and entertainment venues, which fit the GCC and Arabic Islamic culture.

Abdullah Al-Bastaki, owner of a tourism office in Bahrain, told The Media Line: “We organize many trips. There is a rise in tourists who want to travel abroad to escape the summer heat, but it is much lower than the 2019 rates.” "On the other hand, there is a significant increase in the number of tourists coming to Bahrain, during the months of June and July, and we organize many trips and programs for them," he added. He said that a ticket to Malaysia, costs 600 dinars (about $1,600 dollars), and the traveler will need at least an equal amount to spend for a week.

"There are new destinations that witness more demand for foreign tourism for Gulf nationals, such as Bosnia, Azerbaijan and others, but they are still below the 2019 level," he said. "Turkey is still maintaining the same level of tourist flow from the Gulf, because the temperature is moderate, and the prices are acceptable," Al-Bastaki said. He explained that "Europe's destinations are no longer attractive to many tourists. The weather has become hot in the tourist areas in Europe, which are completely unprepared for high temperatures, and many incidents of theft, and fraud that were circulated on social media, were reflected in the decisions of tourists in their destinations."

Ali Al-Abdullah, owner of a Saudi tourism company, told The Media Line that "Bahrain has always been a favorite destination for Saudis. In addition to Dubai, in the UAE, there is a high demand for travel to these countries, in return for less travel to Europe, America and Southeast Asian countries."

Al-Abdullah added that internal Gulf tourism is increasing each year. He points out that there are big festivals in Dubai, Riyadh, Jeddah, Manama, Salalah (Oman), and Kuwait. Even though they are not major festivals, they attract many visitors, he adds. "The Gulf people are also waiting for the World Cup in Qatar, and Doha has changed a lot due to the addition of more facilities in preparation for the event," he said. Al-Abdullah said that the heat is not a deterrent. "Gulf tourist facilities are better prepared for the hot weather, and there are also fully air-conditioned and cooled facilities, so it is a new and good destination." He added that "Saudi Arabia also has cold regions that witness rain and moderate weather in the summer, including Abha, Al Baha and mountainous areas in general, and the focus is now on domestic tourism in Saudi Arabia."

Ahmed Al-Ali, a sales official at an Emirati tourism company, told The Media Line: "There are a large number of daily flights between the various GCC cities and Dubai Airport, tourists visit Dubai and Abu Dhabi largely, and they target the many tourist places there." The Saudis are the most frequent travelers, according to Al-Ali. "The Saudis are always the highest, and there are more than 100 daily flights at least between the various GCC airports and Emirates. Also traveling by car is very common, and there are those who take a tour in the various Gulf countries, the heat now is no longer a big deal," he said. He added, "Gulf tourists are the highest spenders in general, whether in the Gulf or even in other countries, due to the high exchange rate of their currencies against other currencies."

Al-Ali said that “after the pandemic, and because of the difficult conditions in the countries of the world, the lack of food, the Russian-Ukrainian war, and others, the tourist is only looking to change their place for a short period and safety, so they cannot go to a destination that is no longer fully safe." "In Europe, for example, the price hike is high, and there is an increase in the number of cases of attacks on tourists, especially Arabs. Therefore, travel to Europe will not be a priority. It is true that there are those who still travel to European countries, but not at the previous rates," he said. "There are also other large programs launched by the Gulf countries, and they can attract more tourists,” he added. “If the situation continues as it is now, the percentage of Gulf tourists traveling abroad will decrease even more."