Armenia: an endless fight against corruption 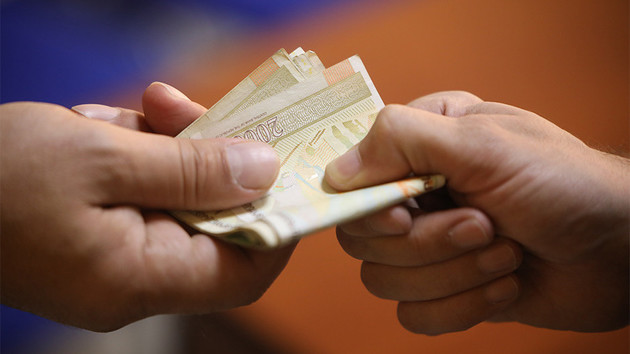 The fight Armenian government led by Nikol Pashinyan wages against corruption resembles an endless political series, the main antagonists of which change with each new season. The presence of systemic corruption in Armenia is recognized by Pashinyan himself. Stably every six months, during extended meetings, he criticizes law enforcement agencies, expressing dissatisfaction with the pace of anti-corruption work. The prime minister does not cease to announce all new strategies, calling for an uncompromising fight against bribe takers and the introduction of new institutional structures.

Corruption in Armenia is most pronounced in the police, education, public procurement and tendering. For a fee, internal affairs agencies can “protect” criminals, especially those associated with legislative or executive structures. Pashinyan is also hinting at this when he speaks of the hidden problems of corruption, which, for all their evidence, cannot be solved immediately. According to the prime minister, due to the malicious activities of some law enforcement officials, some corrupt officials manage to leave the republic, others - to destroy evidence in advance.

With regard to corruption in public procurement and the organization of tenders, it most clearly demonstrates the chronic problem of the Armenian economy - the deficit that is characteristic of all areas. Armenia does not have enough funds and resources, and the country's investment attractiveness is still low, due to the high corruption of the republic. Those who want to get rich on the development of the state budget, businessmen stand in line. In addition, Armenia is involved in a conflict with Azerbaijan, which the republic’s leadership is not in a hurry to resolve, citing the insurmountability of a number of issues of principle to itself.

Pashinyan’s political argument is to form a complete denial by the public of any manifestations of corruption. According to Pashinyan, the root of evil lies in the people with whom you need to work, pursuing a personnel and social policy. As for the public, it should, first of all, engage in introspection and exclude from its everyday life any desire to resolve its pressing issues through bribes.

In his policy, Pashinyan does not take into account the social environment, trying not to link corruption and semi-blockade living conditions of Armenian citizens. He is convinced that the nature of Armenian bribery is transparent and is connected, first of all, with the personal qualities of corrupt officials. The fight against corruption in Pashinyan’s view boils down to arrests and high-profile criminal cases, followed by lustration and personnel shifts. Therefore, the public is increasingly talking about the Pashinyan revolution in the context of an ordinary change of faces. As a result of the real fight against corruption, Pashinyan takes it under his patronage, defiantly expelling and lustering all those who are objectionable, leaving only those who express loyalty to him free. During his premiership, Pashinyan did not initiate a single sensible anti-corruption reform, but in Armenia they more often began to hear accusations of betrayal of politicians or senior officials of law enforcement agencies. Pashinyan never clarifies what the political "counterparts" betray him personally, the ideals of his revolution or the Armenia that he would like to see.

The Pashinyan revolution has no end, respectively, and there is no end to his fight against corruption. He will fight with bribery indefinitely, because as a politician he can endlessly appoint and remove stealing officials, constantly wondering about their greed. Personal loyalty to the prime minister does not contribute to the eradication of corruption, and the reduction of personal accounts only strengthens bribery in the ranks of law enforcement agencies and the judiciary, the reformation of which has left the team’s strength. Pashinyan will continue to make the public laugh, speaking of his genetic incompatibility with corruption.