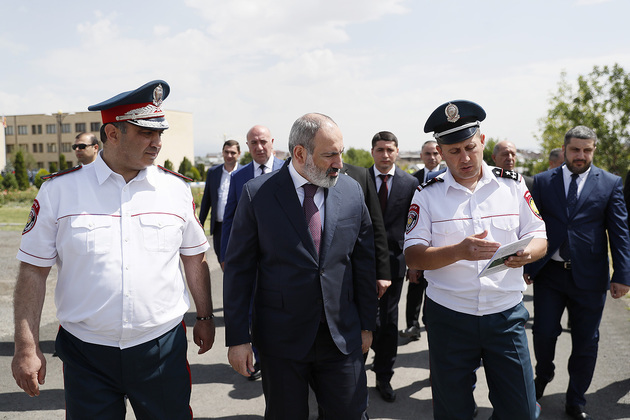 As part of a broad security sector reform, Armenia is planning to set up a new National Guard force aimed at protecting high-ranking officials and state facilities. The reforms also include establishing an Interior Ministry for the first time since 2002. They are part of a draft bill that was first introduced in January 2021 but has been revised since then and now is scheduled for a parliament vote in September, Eurasianet writes.

Government officials have singled out the creation of the National Guard – a structure common to many post-Soviet countries that focuses on protecting state officials and facilities – as the most significant piece of the reform package. The National Guard "will be responsible for maintaining public order and public safety,” said Ara Fidanyan, the deputy chief of Armenian police, in testimony to parliament about the bill on July 12. “In particular, we are ensuring the security of various state agencies, organizations, important facilities, high-ranking officials, and foreign delegations.”

Analysts suggested that the move was motivated by the government’s decreasing popularity in the wake of the 2020 defeat in the war against Azerbaijan. Since then it has faced open rebellion from senior military officers and a sustained protest movement organized by the political opposition.

"The realities have changed for the government, they don't have the support and sense of security they had back in 2018” when they came to power, said independent military expert Leonid Nersisyan. “Creating a department like this [the National Guard] can guarantee that they can gather loyal people around them.”

The National Guard that Fidanyan described resembles that set up by Russia in 2016, and officials have said that the security reform package has been discussed with Moscow, Armenia’s military ally.

"It is against Armenian law to use the military domestically, which could be part of the government’s calculation, he said. "As for Armenia's national guard, you can get loyal people, equip and pay them better. And also, if you ever need to break up a protest, you can use them instead of the military since the use of the military is illegal," Nersisyan told Eurasianet.

Some saw the move as a means of enforcing the increasingly authoritarian turn the government of Prime Minister Nikol Pashinyan has been taking. The new National Guard units will be formed by police forces now known as Internal Troops. Under current law, those forces are subordinated to the armed forces in time of war; the new law would keep them under the Interior Ministry, as is the case in Russia. Armenia had an Interior Ministry until 2002, when it was dissolved and the police became an independent structure that reports directly to the prime minister.

"By establishing the Interior Ministry, we will not only make the structure more controllable but also increase its transparency and accountability,” said Andranik Kocharyan, the chairman of the National Assembly's Defense and Security Affairs Committee, during the July 12 hearing.

But some analysts argue that the new structure could in fact do the opposite. "Ideally having all these security and armed forces structures under a single ministry means not only centralized control over them but also more people to bear responsibility,” Nersisyan said. “But in reality, because there are more people responsible like heads of departments, ministers, the prime minister and then parliament, accountability gets diluted. Now there’s not one person to blame if things go south.”

Russian border guard dies in an accident in Armenia