Asia has little hope of economic recovery in 2020 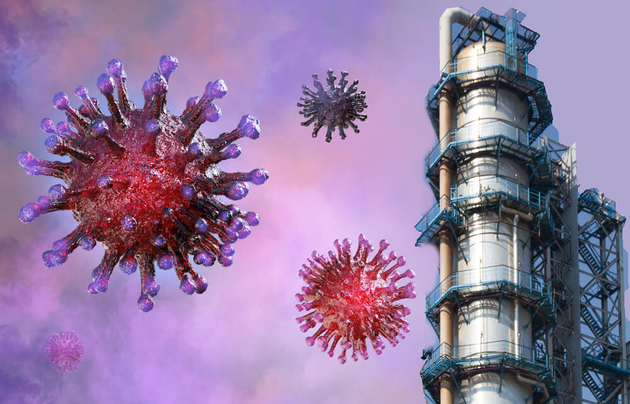 For Asia's leaders, 2020 cannot end fast enough. Just 70 days in, four of the region's top economies are already stumbling, the coronavirus outbreak is killing tourism and collapsing oil prices are adding to the sense of panic in markets. Now for the really bad news: for Asia, these last 10 weeks might be as good as 2020 gets. Nikkei Аsia Review reports in its article Asia has little hope of economic recovery in 2020 that officials in Beijing, Tokyo, New Delhi and Seoul did not enter the year with rose-colored glasses. There was hope, though, that the U.S.-China trade war would give way to a somewhat kinder, gentler, or at least quieter, 12 months. And even as coronavirus news turned bad in February, markets largely held their own.

Everything changed this week. A sharp rise in coronavirus cases from South Korea to Italy to the U.S., combined with dreadful Chinese manufacturing data, caused the biggest drops in stock indexes since 2008. Another blow came from oil markets as Saudi Arabia launched an ill-timed price war against Russia. North Korea's Kim Jong Un got in a jab of his own with an even worse-timed missile test.

One reason markets are so on edge is a steady flow of sobering data on Asia's biggest economies. Last year, China, the region's main customer, grew the slowest in 30 years thanks to U.S. President Donald Trump's tariffs. Since then, the floor has fallen out from under manufacturing. Beijing's manufacturing purchasing managers index slid to 35.7 in February, the lowest on record; below 50 suggests a contraction.

Japan's fourth quarter, it turns out, was even uglier than first thought: it contracted an annualized 7.1%, revised down from an initial 6.3% fall, in part thanks to Prime Minister Shinzo Abe's unnecessary sales tax rise. Export data from 2020 so far suggest a recession. India ended 2019 with its slowest growth in six years and its creaking banking sector means 2020 could be rocky for New Delhi. South Korea's central bank expects Asia's fourth-biggest economy to contract this quarter.

Asia is confronting the coronavirus crisis from a position of weakness. Open, nimble economies like Singapore, Taiwan and Vietnam face disruption to supply chains. Indonesia, Thailand and the Philippines are looking at dwindling tourism flows and fewer remittances from workers living abroad.

On top of these challenges, Malaysia is seeing a return of political chaos. In Australia, which has not had a recession since 1991, officials are bracing for the worst.

This weakened position means 2020 could be far more dangerous for Asia than 2008.

Trauma from the collapse of Lehman Brothers 12 years back did not plague Asia for very long, thanks to Beijing's aggressive stimulus campaign. In 2009, China grew 8.7%, helping the rest of Asia avoid the worst of the global crisis.

That growth engine is now sputtering. Ordinarily, the biggest percentage drop in crude oil prices since 1991 would be a boon, akin to a stealth tax cut. Yet the slide in energy prices, even before Moscow and Riyadh locked horns, was driven by collapsing Chinese demand.

The other problem this time around is that there are fewer policy levers to pull. In October 2008, a month after Lehman Brothers crashed, the Bank of Japan cut rates for the first time in seven years. It was a small move, from 0.5% to 0.3%.

The point, though, is that even then the BOJ had hardly any conventional ammunition at all. Since then, it has lowered the benchmark to zero and beyond. As markets quake and the yen rallies, Governor Haruhiko Kuroda is essentially out of ammo.

When the Bank of Korea cut rates by 25 basis points in October 2008, the target was 5%. Today, the BOK rate is 1.25%, providing hardly any standard firepower as things go awry. With more than 7,500 coronavirus cases so far, domestic demand is cratering.

All of this leaves President Moon Jae-in's government, like Abe's in Tokyo, cobbling together fiscal stimulus plans. Neither leader is spending enough, underappreciating the fallout about to upend growth and employment.

Asia is heading toward, or close to, the red in the months ahead. Japan, Korea and peers must boldly and preemptively act to protect economies. Politicians, with a full range of fiscal policies, must take the lead from their central banks. Reformers must get on with structural changes to boost competitiveness and innovation.

China, too, must prepare for intensifying headwinds. Exports, government spending and private investment are all trending lower, portending more weakness to come. The trouble is China has already pumped tens of trillions of dollars of credit and debt into the economy since the 2008-09 period.

The coronavirus outbreak is nothing short of a human credit squeeze for China and beyond. It is causing sudden reductions in the availability of labor, sources of demand and movement of people and goods that keep a globalized economy going. New stimulus will not have the same multiplier effect unless it is done with overwhelming force and, preferably, done in cooperation with neighbors.

The blows to come could lead nations around the world to increase the protectionism, isolationism and rank populism Asian leaders had hoped would be less of a feature in 2020. As the U.S., China, Japan and others seek to keep economies afloat, cooperation is unlikely to be the default position.

The risk is that this year features an every-nation-for-itself imperative that leaves the region less well off. The next nine months could be very long ones indeed.