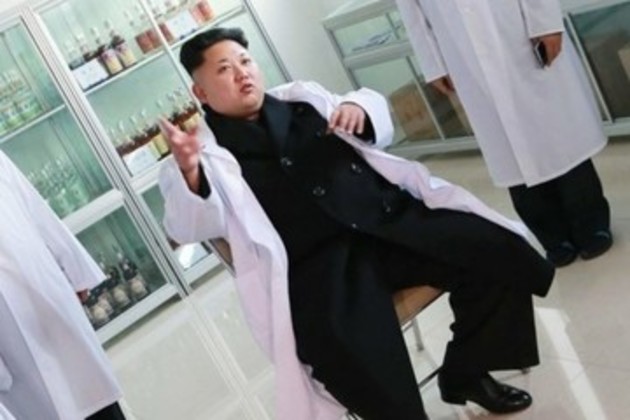 The volatility is set to worsen the plight of many of North Korea’s 25m people. It could also unravel the country’s unofficial market trading system, known as jangmadang, and increase instability.

“There is real price inflation in the market right now, which is pretty scary. At the same time, fuel prices are pretty heavily inflated and forex prices — the dollar and the renminbi against the won — have crashed,” said Peter Ward, a Seoul-based North Korea expert at the University of Vienna. Pyongyang has mostly isolated the country from foreign trade and aid since the onset of the coronavirus crisis, fearing the impact of uncontrolled virus transmission. Typhoon damage last year exacerbated the economic pressure.

Experts attributed the currency and foreign exchange moves to the combination of collapsed trade and efforts by the state to remove foreign currencies from domestic circulation. William Brown, a former US intelligence officer who leads Northeast Asia Economics and Intelligence Advisory, a consultancy, said monetary stability had been a hallmark of Kim’s rule. This buoyed market development after periods of inflation and currency debasement under Kim Jong Il, his father.

The “wild swings” risked raising the level of popular desperation in the country, Brown wrote for 38 North, a programme run by the Stimson Center, a US think-tank. “At some point, even now, inflation may look to him to be a bigger enemy to stability . . . than the United States,” he added.

The dearth of cross-border trade, which appeared to have reduced demand for foreign currencies, coupled with the regime’s efforts to limit use of the renminbi and the dollar, has pushed the value of the won higher, analysts said. Meanwhile, domestic food prices for staples including rice and grain have surged in recent weeks, indicating further supply disruptions.

Go Myong-hyun, an expert on the North Korean economy at the Asan Institute for Policy Studies, a Seoul-based think-tank, noted that Kim had ordered the country to reduce its dependence on the “disease” of imports, in line with recent moves to centralise control of the economy and squeeze the country’s elite. “The North Korean system will avoid repeating the famine of the 1990s, the bigger story here is the efforts of the North Korean regime to suppress the market system . . . to me it is very clear it is going after the jangmadang,” he said.

The Kim regime is also turning to its army of hackers to raise cash, experts said. Yana Blachman, a former Israeli intelligence operative who works at cyber security group Venafi, said proceeds from cyber crime should be seen as a primary means of revenue generation. North Korean cyber criminals have netted billions of dollars in recent years via an expansive suite of schemes targeting banks and other financial-linked institutions, including peer-to-peer lenders and cryptocurrency exchanges. “There are many attacks that are not being reported, especially in terms of more small, unnoticed attacks like ransomware and cryptocurrency,” she said.

The economic problems are being keenly felt by North Koreans, many of whom already suffer food insecurity, according to defectors who maintain communication with contacts in the country. Kang Chol-hwan, a Seoul-based defector, said prices for food and basic goods have soared between three and 10 times. “It feels like the Kim regime is slowly getting paralysed,” he said. Seo Jae-pyeong, another escapee, said the levels of food assistance from China appeared to be falling, despite earlier signs of increased shipments.