Can Germany mediate between Iran and Israel? 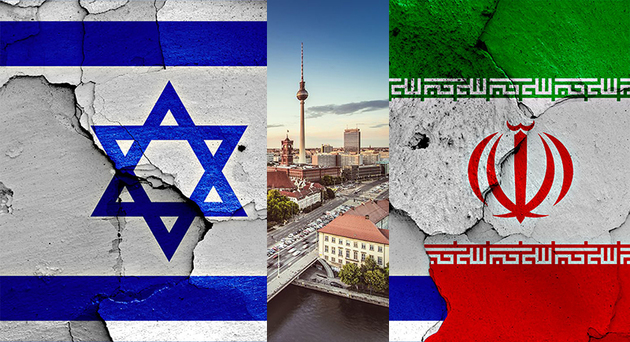 The relationship between Israel and Iran has been deteriorating for months in the face of Iran’s growing military activities on Syrian soil. But last weekend, a direct military confrontation between Iran and Israel was within reach. The incursion of an Iranian drone into Israeli airspace and Israel’s retaliation against manned Iranian targets may have been only the first episode in an escalating conflict that is expanding into a new regional war, analysist Gil Murciano writes in his article for Stiftung Wissenschaft und Politik.

These events are part of a conflict over the rules of the game in post-civil war Syria: Iran’s efforts to develop Syria as an operational base, and station pro-Iranian troops at the northern border, pose a direct threat to Israel. As a result, the country’s willingness to take military risks to prevent the fait accompli of an Iranian bastion in Syria has increased significantly in recent months. The Syrian regime and its allies have so far refrained from responding to the Israeli attacks. However, following the recent events, and threats by Syrian President Bashar al-Assad and the Iranian leadership to attack Israeli territory if necessary, the days of this unilateral intervention policy appear to be numbered.

Even if none of the parties is planning to launch a large-scale military confrontation, an unintended escalation could well occur. In today’s Middle East, violent conflicts are rarely the result of conscious decisions. Instead, they are often the consequence of miscalculations and self-reinforcing escalation cycles, as demonstrated by the 2006 Lebanon war between Israel and Hezbollah. The Syrian powder keg provides the perfect breeding ground for such destructive miscalculations. Israel and Iran are pursuing opposing interests in Syria and are under great pressure to enforce them. The situation is aggravated by the fact that the parties do not operate under a mutually-recognized security regime that sets out their respective expectations and regulates military action – and can thus help to avoid an escalation. This type of informal security regime existed between Israel and Hezbollah, for example, in the 1990s.

To broker such a security regime between Israel and Iran would require a third party, one with the capacity and willingness to mediate and the basic trust of both parties. The United States has usually played this role in recent years, but President Donald Trump’s inconsistent foreign policy towards Syria raises doubts as to whether it can do so again. Another candidate would be Syrian ally Russia, which is trying to de-escalate the situation. But the author doesn't see it as an impartial mediator.

Germany, on the other hand, has the capacity and practical mediation experience to broker a security regime between Israel and Iran – even if, or precisely because, it is a “vegetarian among carnivores,” as Foreign Minister Sigmar Gabriel recently put it. As the driving force of an international coalition, Germany could also try to offer Iran incentives to curb its military ambitions in Syria.

Germany is both a strategic ally of Israel and involved in an ongoing dialogue with Iran, where it enjoys trust, political access and economic leverage. This influence has already proved its worth during negotiations over a nuclear agreement with Iran. Second, Germany is one of the few international players with practical experience in informal negotiations between Israel, Iran and Hezbollah. In the last three decades, German intelligence services and diplomats have successfully served as mediators between the parties in sensitive talks on the exchange of prisoners.

It is in the direct interest of Germany and all of Europe to prevent further escalation in the Middle East. A military confrontation between Israel and Iran would add a completely new dimension to the current reality of conflict in the region and would have the potential to destabilize the entire Middle East. The consequence would be a further exodus of refugees. In addition, an escalation could revive Iran’s nuclear ambitions and jeopardize the nuclear agreement with the international community.

As a mediator between Iran and Israel, Germany could use its special position as a foreign policy actor for the benefit of the international community and thus play a constructive leading role. Such mediation is not only necessary for the stabilization of the region and for security in Europe, but also an opportunity for Germany to redefine its role in the multipolar world.