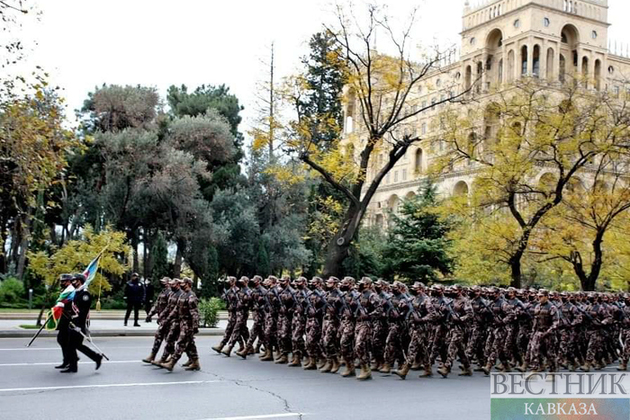 After over 25 years of diplomatic stalemate, Azerbaijan has successfully implemented a military solution and taken territorial control of almost all of its lands occupied by Armenian forces in the early 1990s. The event not only inaugurates a new era of international security in the South Caucasus. It actually opens the door to improved relations between the two countries, if realistic approaches based on their inevitable cohabitation of the neighborhood can be found.

Robert M. Cutler, a Fellow of the Canadian Global Affairs Institute, reports in his article Looking Beyond Armenia's Defeat in Nagorno-Karabakh forThe Central Asia-Caucasus Analyst that Armenia’s Prime Minister Nikol Pashinyan came to power in a May 2018 “velvet revolution,” ousting the Kocharyan-Sargsyan political clan originating in Nagorno-Karabakh after 20 years in power. Pashinyan initially took a conciliatory approach toward Azerbaijan, but as time went by and he found himself unable to make good on his promises to the Armenian electorate, he increasingly expounded the irredentist nationalism that has percolated through nearly all political parties in Yerevan for over two decades. In March 2019, his defense minister Davit Tonoyan, speaking in New York City, rejected “the [old] format [for a settlement, viz.], territories [in exchange] for peace,” and “rephrased it” as “new war [for] new territories.” The “new territories” were unspecified but could have signified anything. The military clashes in July-August this year in northwest Azerbaijan, in the Tovuz region 100 miles from Nagorno-Karabakh, seemed to confirm the intention to make good on this threat.

The OSCE’s “Madrid Principles” for settling the conflict, proposed in 2007 and modified in 2009, called for, 1) the seven districts around Nagorno-Karabakh to revert to Azerbaijani control; 2) an interim status for Nagorno-Karabakh providing “guarantees for security and self-governance;” 3) a corridor linking it with Armenia; 4) a referendum determining its final legal status; 5) the return of all internally displaced persons; and 6) the establishment of a peacekeeping operation. Under Russian mediation the so-called “Kazan formula” was in 2011 adjoined to the Madrid Principles, whereby Armenia would first return five occupied districts to Azerbaijan, followed later by the last two (Lachin and Kelbajar, which border Armenia proper). Azerbaijan would in return lift its economic blockade of Armenia. Agreements on economic and humanitarian cooperation, demilitarization and non-use of force would be signed, and peacekeepers would be deployed.

However, as all those negotiations languished over the years, Azerbaijan continually warned that the use of force remained a last resort. This use of force was implemented after Pashinyan overtly and unilaterally denounced the OSCE’s Madrid Principles. In August 2019, he explicitly declared in Khankendi/Stepanakert that “Nagorno-Karabakh is Armenia, and that is all.” Thus, he verbally annexed the territories to Armenia proper; something that no Armenian politician had dared say since the war in the early 1990s. Pashinyan even made territorial claims against Turkey by calling the unratified 1920 Treaty of Sèvres “historical fact” and demanding “historical justice.” Pashinyan’s declaration represented a definitive rejection of the Madrid Principles, according to which the territories’ final status would be the product of negotiations. His was the first Armenian government failing to give the Madrid Principles at least lip service.

IMPLICATIONS: The Second Karabakh War began with ineluctable advances by the Azerbaijani armed forces and ended with the full capitulation by the Armenian side. The latter rejected multiple opportunities to conclude the military hostilities while retaining some political leverage; today they have none. A first ceasefire was negotiated in Moscow with Russian mediation between the two sides to take effect October 10. It was not honored even for a minute. Indeed, just minutes after it would have gone into effect, Armenian missile forces attacked (in fact, for the third time) civilian neighborhoods in Ganja, far from the battlefield. Another ceasefire agreement, arrived at under U.S. mediation, was announced October 25 and equally failed to take effect.

Talks on October 30 fell short of yet another ceasefire, although the two sides agreed in principle on certain humanitarian measures, such as an eventual prisoner exchange, during a temporary suspension of military action; however, this agreement too failed to have any result in the field. Finally, with Shusha retaken by Azerbaijani forces and Khankendi/Stepanakert next, Pashinyan finally communicated to Azerbaijan’s President Ilham Aliyev a timetable for the withdrawal of Armenian forces from the seven occupied districts. This had been Aliyev’s unique demand ever since the beginning of the hostilities, and he stood down his forces when it was satisfied.

Another ceasefire was then agreed for November 10, again under Russian mediation, and was finally observed by both sides. Russian peacekeepers arrived in the region very soon thereafter to guarantee the separation of forces and the orderly withdrawal of the Armenian military. Turkish participation is foreseen in a monitoring center slightly removed geographically from Nagorno-Karabakh. The ceasefire agreement does not foresee the presence of Turkish troops actually in the region, although theoretically Azerbaijan could invite Turkish troops anywhere on its sovereign territory.

The territory of Nagorno-Karabakh that Azerbaijani forces did not retake by the time of the ceasefire is no longer any “Republic of Artsakh”: not even Yerevan acknowledges it as such. Russian peacekeeping troops are supposed to assure the evacuation of the remaining Armenian forces and have secured the Lachin Corridor, while the future status of Nagorno-Karabakh remains undefined for the moment. The Russian military presence may not even be required any longer after five or ten years, even if Armenian civilians choose to return en masse to Nagorno-Karabakh.

The Azerbaijani operation accomplished most of the objectives set out in the Madrid Principles, as summarized above. Only the second and fourth appear today to be ambiguous, as Armenia has lost any possible influence that it could have had by moving earlier to implement the Principles as a whole. Instead, Armenia’s actions gave every reason to believe that there was never any intention on its side to evacuate the seven occupied districts surrounding Nagorno-Karabakh. It has consequently lost any political leverage over the second and fourth points. Azerbaijan’s President Aliyev has declared that the region will at most share a cultural autonomy with the 30,000 ethnic Armenians living mostly in Baku and Ganja, but that it will have no autonomous administrative status.

From within the Armenian worldview, the defeat appears catastrophic and world-historical. Yet it occurred because this worldview, self-contained and divorced from reality, and encouraged by a diaspora that need not suffer its consequences, blinded Armenian politics and society to the actual changes in the region and the world over the last 25 years. These changes include the rise of Azerbaijani state power, the shift of Russian sentiment, and the powerlessness of that diaspora when push came to shove. This worldview still imprisons Armenian society, which remains unable to recognize how or why the defeat occurred, and incapable even of formulating questions that might lead to real answers. Partisan sentiment, diffused throughout Armenian society, has made strategic thinking impossible, trapping it in an ideological hall of mirrors.

The only way out of this dead-end is “reality therapy.” One first step would be for the Armenian leadership to begin to speak directly with the Azerbaijani leadership rather than relying upon intermediaries. The two peoples are neighbors who have lived not just next to one another but intermingled with one another for centuries, almost always in peace, intermarrying and celebrating and grieving together. They are condemned to remain neighbors. They must engage in practical cooperation on all levels, beginning with the smallest steps, even as the financial, diplomatic, and other consequences of the conflict inevitably play themselves out. This is beginning on the ground already with the question of border delimitation and demarcation, in particular around the Sotk gold mine. Azerbaijan and Turkey, both separately and together, have made many concrete offers to the Armenian leadership for economic cooperation over the last 15-20 years. It is up to that leadership to decide whether or not to engage in this reality therapy. The alternative is the continued immiseration and suffering of the Armenian people inside Armenia.