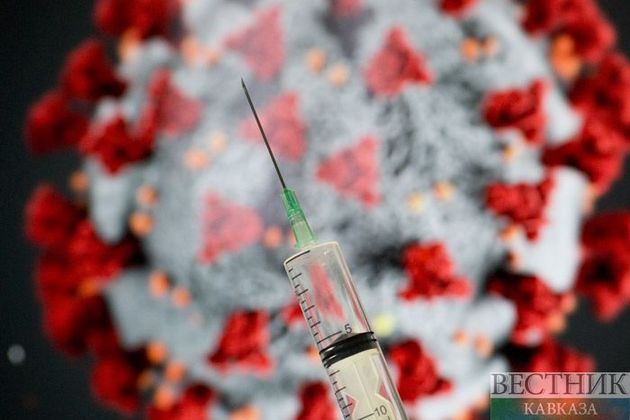 China’s COVID-19 outbreak has seen Beijing’s demand for natural gas stutter, after years of breakneck expansion. In February, China’s natural gas demand was estimated to have fallen 17 percent year-on-year, and while there were some subsequent indications of recovery for liquefied natural gas (LNG), if the COVID-19 outbreak risks a more lasting impact on natural gas markets, the impact could be far reaching.

This is particularly true for Central Asia, which provides some 17 percent of Chinese natural gas as 50 billion cubic meters (bcm) of China’s 2019 natural gas imports came from the region’s three main players, Turkmenistan, Uzbekistan, and Kazakhstan, Foreign Policy Research Institute writes. If the sudden decline protracts into a demand downturn, it could send shockwaves through the economies of Kazakhstan, Uzbekistan, and Turkmenistan—all of which supply Beijing with billons of cubic meters of natural gas annually. How Beijing treats its Central Asian gas suppliers during the next few weeks and months may prove revealing about its long-term strategy in the region.

Chinese gas demand falling off a cliff-edge simply has not been a major consideration in the region thus far. Total imports rose 9.6 percent in 2019, and before the COVID-19 outbreak, growth in Beijing’s natural demand for 2020 was forecast at 8.6 percent by China National Petroleum Corp (CNPC)—figures that were seen as relatively poor given the wanton expansion of Chinese demand over the last 15years. Consumption in 2018 was more than four times 2006 levels.

Yet, with COVID-19 having resulted in a major economic slowdown, clearly visible through evidence such as cratering pollution even if Beijing’s official economic statistics are not as revealing, Beijing’s gas demand has taken a hit.

The first clear signs of this came when Reuters reported on March 5 that PetroChina suspended some natural gas imports, issuing force majeure suppliers to unspecified piped natural gas suppliers. A force majeure declaration, known occasionally as an “act-of-god-clause,” allows contracts to be broken or amended under certain extenuating circumstances outside the control of the parties to the relevant contract. Any such declaration risks legal disputes over whether its triggering was justified, but these are long and drawn-out processes that will give Central Asian states little comfort.

Beijing and its Central Asian partners have never publicly detailed their natural gas contracts—and the pricing mechanisms remain unclear. However, China’s burgeoning demand for the export has arguably done more to tie the region economically to Beijing than any other development. However, the level of dependency of the Central Asian states on Chinese gas varies heavily.

Turkmenistan is by far the most dependent. Almost all of Turkmenistan’s gas exports now go to China, shipping some 30 bcm annually—in gas supplied predominantly by Turkmengaz but also by CNPC’s Bagtyarlyk concession, the sole foreign firm operating onshore in Turkmenistan. This marks nearly a complete reversal from the situation ten years prior, when the first branch of the China-Central Asia gas pipeline opened—in 2019, Ashgabat was contracted to deliver just 4bcm of gas to Russia, down from nearly 50bcm before a major dispute between the pair in 2010.

Although Ashgabat has moved away from Russia over the last decade, it still considers Russia a “strategic partner.” Turkmenistan is rumored to have requested its assistance guarding the Afghan frontier last year. This makes for a delicate Turkmen balancing act between Russia and China, who are allies given their oft-overlapping interests elsewhere even if they occasionally compete in Central Asia. As Turkmenistan’s economic dependency on China is near absolute—and the extremely mismanaged economy has already been on the verge of floundering in recent years—China is likely to prioritize these supplies. If it were to cut them off, then the ensuing crisis in Turkmenistan would risk a standoff with Russia. Moscow has been happy to see Turkmenistan drift into China’s economic orbit, to the point of dependency, but would likely be unhappy to have to clean up the mess itself if there was an economic crisis. It also would not want to see Ashgabat’s economic dependency turn into a political one.

Uzbekistan is less exposed. The country sold just a third of what Turkmenistan did, 10bcm, to China in 2019. It is unlikely to ship significantly more in the medium term even if growth does pick up again. The three lines of the aforementioned China-Central Asia pipeline have been operating at full capacity since late 2018. Meanwhile, Chinese-Uzbek trade has been expanding rapidly in other sectors, such as construction, technology, power, and manufacturing, as well as petrochemicals.

This means that Uzbekistan’s economic relationship with Beijing is more diversified than Turkmenistan’s, potentially limiting the impact of a potential Chinese gas demand shock. A Chinese slowdown could also affect investment, which has grown rapidly as part of the opening up of the Uzbek economy, where Beijing is the single largest foreign investor.

Nonetheless, Uzbekistan has signaled it does not wish to tie its fortunes entirely to the region’s two dominant players, though Russia is unsurprisingly the second largest investor. President Shavkat Mirziyoyev’s January decision not to seek full membership in the Russian-led Eurasian Economic Union (EAEU), but instead only pursue observer status, likely chafed in Moscow. Mirziyoyev’s reforms have opened Uzbekistan’s market to a wider area of partners, somewhat reducing Tashkent’s dependency on its main foreign investors. In other words, Beijing is likely to see Uzbek gas imports as somewhat more expendable than those from Turkmenistan. For its part, Uzbekistan may prefer to prioritize the direct investment aspect of the relationship.

The same applies to Kazakhstan, whose state pipeline company KazTransGas (KTG) received a force majeure declaration from Beijing on March 6. On March 11, Kazakh Energy Minister Nurlan Nogyev said that gas supplies had fallen 20 to 25 percent “at the request of China.”

Kazakhstan may be particularly at risk of being impacted by the crisis, though it has not yet reported any COVID-19 cases. A decrease in gas sales to China alone will not be enough to do so, but it also has a relatively high fiscal break-even price for oil sales, $57 per barrel. It is likely to allow its currency, the tenge, to fall and settle above 400-to-the-dollar to mitigate the impact. If oil prices remain depressed for a long period following the March 6 collapse of the OPEC+ cartel, which precipitated them tumbling to below $35 (and as of the time of writing below $30), then Kazakhstan may face real difficulties.

The government has also faced its first regular youth protest movement over the last year, precipitated by the state-managed handover of the presidency from Nursultan Nazarbayev to Kassym-Jomart Tokayev—though the former retains the real power. Weakening the currency could escalate these sentiments. Unlike Russia, which has liquid reserves and low debts (the Russian Finance Ministry has declared it can handle such low oil prices for some time), the Kazakh sovereign wealth fund, Samruk Kazyna, is more of a holding company of illiquid assets that will be difficult to deploy to address budget shortfalls. Finally, its banking sector remains highly troubled, something even Tokayev has admitted.

Although Kazakhstan has become a lynchpin of China’s Belt and Road Initiative, its government debts are relatively low, including to China. The current crisis could enable Beijing to step in and offer such loans, pursuing a strategy more akin to that which it has pursued in Tajikistan and Kyrgyzstan.

Should the COVID-19 economic crisis protract, how China balances cuts to natural gas imports across Central Asia, Russia, and other sources will prove a key signal to the region. Cutting more Central Asian gas would risk signaling to the region’s decision makers that Beijing has little concern for their economic wellbeing. China and Russia have both profited from their blossoming ties in recent years, and predictions that geopolitical factors could strain this have come and gone. An economic crisis would provide another major test and could signal to the region whether Russia and China are able to become long-term allies in Central Asia or jostle for pole position.

Central Asian gas is, as of 2020, far more important to Beijing than Russian gas. The Power of Siberia Pipeline, China and Russia’s flagship joint project, came online in December 2019; it was set to deliver just 5bcm before rising to 38bcm by 2025. Russian business daily Kommersant reported on March 10 that the pipeline was taken offline for “repairs” less than three months after it had begun pumping gas. Kommersant did note that the Gazprom-CPNC contract for the pipeline does include a “take-or-pay” clause meaning that Beijing will have to pay for at least 85 percent of the gas. If Beijing does further halt Russian gas imports, then Moscow may well seek to trigger this clause. However, given the relatively small amount of gas it is set to ship this year, Moscow could well refrain from doing so as it would be hard to justify the potential the damage it would risk to the Russian-Chinese relationship.

It is unclear whether Kazakhstan, Turkmenistan, and Uzbekistan’s contracts have similar “take-or-pay” clauses. However, even if they do, they are unlikely to be worth much given the political and economic imbalance between the three and Beijing. Turkmenistan was never compensated by Gazprom after demanding payment under a “take-or-pay” clause in 2010, its relative geopolitical and economic weakness giving it little choice but to give up on the claim. Today, it is Beijing that holds all the cards should such disputes break out between China and its piped natural gas suppliers. Central Asian gas exporters can only hope that Beijing will value their bilateral relationships over its liquefied natural gas (LNG) imports if the crisis continues.