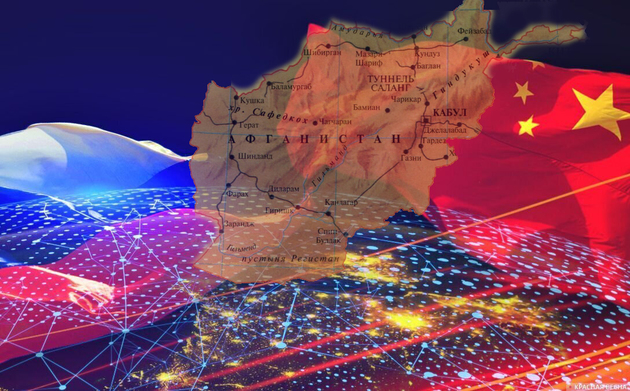 With the Taliban (forbidden in Russia) back in charge in Afghanistan and the United States out, attention has turned to the United States’ main competitors: China and Russia. Moscow and Beijing are likely to experience both a convergence and clash of interests when it comes to Afghanistan, but their long experience in dividing up influence in Central Asia offers a likely path forward.

Foreign Policy reports that on Sept. 2, Taliban spokesperson Zabihullah Mujahid said China serves as Afghanistan’s “main partner” and praised Beijing’s readiness “to invest and rebuild our country.” Russia’s ambassador to Afghanistan, Dmitry Zhirnov, met with Taliban officials within 48 hours of the group’s takeover of Kabul on Aug. 15 while Russian President Vladimir Putin’s special envoy to Afghanistan, Zamir Kabulov, has commented that the Taliban were “easier negotiating partners” than the government of exiled Afghan President Ashraf Ghani.

Moscow and Beijing were vocally critical of the U.S.-led war effort in Afghanistan even as they indirectly benefited from it. The War in Afghanistan diverted U.S. attention and resources for much of the past two decades and gave space for China and Russia to grow their own influence, both regionally and globally. But the United States’ withdrawal makes the stakes for Russia and China in Afghanistan higher, not only for their own roles within the country itself but also in how they are able to manage their bilateral relationship in a dynamic and increasingly crowded geopolitical arena.

That’s where the experience of Central Asia comes in—meaning Kazakhstan, Uzbekistan, Turkmenistan, Kyrgyzstan, and Tajikistan. Russia has long served as the dominant external power in the region—which was both part of the Soviet Union and, before that, the Russian Empire—and maintained a key role even after the Soviet collapse. But China has carved out an increasingly important role in Central Asia over the past decade. China has overtaken Russia as the region’s largest trade partner, and Beijing has invested billions of dollars on roads, railways, and energy pipelines that bring in Central Asia’s vast oil, natural gas, and mineral resources to fuel the Chinese economy.

The rise of Chinese reach into Russia’s “near abroad” has long fueled speculation over an impending clash between Moscow and Beijing regarding their overlapping sphere of influence in Central Asia. In part, those speculations come out of Washington’s hopes of dividing the two. Yet, such a clash has not materialized, and the Russia-China relationship has in fact only grown stronger in recent years.

Moscow has two primary goals in Central Asia: to preserve stability and to maintain its position as the dominant external security provider in the region. Russia provides security support for Central Asian governments to help counter militancy threats, especially from Islamist groups, and to buttress the position of Central Asian leadership. Russia is a leading provider of weaponry to each of the Central Asia states, and it frequently conducts joint military exercises in the region. Russia also hosts a direct military presence in Kyrgyzstan and Tajikistan, the latter of which has a long and porous border with Afghanistan.

Beijing’s primary interest, meanwhile, is to secure access to the region’s natural resources as well as facilitate the overland transit of Chinese exports to the region and beyond to Europe via the connectivity links introduced in the initial phase of the Belt and Road Initiative (BRI). China’s interest and economic rise in the region is not necessarily contradictory to Moscow’s interest, however, given that Russia does not have the kind of financial resources to construct and invest in large-scale infrastructure nor the need to import Central Asian commodities. (Russia is a major producer of energy and minerals itself.) Moreover, China is also interested in the preservation of stability and political continuity in Central Asia as a means to secure its economic projects.

Thus, Moscow and Beijing have established a workable division-of-labor of sorts, with Russia focused on providing security support while China focuses on economic issues like trade and investment. Unlike the West’s expansion of the European Union and NATO into former Soviet states, Beijing has been careful not to frame any of its economic projects as exclusive to the Kremlin’s own objectives, with Moscow also playing an important role in the BRI and Russia serving as an increasingly large trade and investment partner with China. Thus, both countries have managed any potential frictions in Central Asia by focusing on complements over competition.

Can such a model of cooperation and mutually understood division-of-labor between Russia and China work for Afghanistan? As with Central Asia, Moscow and Beijing have several important shared interests in the country. First and foremost is the need to preserve stability and prevent any spillover of militant violence or other security threats. Afghanistan previously served as a sanctuary for groups like the Islamic Movement of Uzbekistan and the East Turkestan Islamic Movement that threaten Russia, China, and their interests in Central Asia. Moscow and Beijing have both made cooperation with the Taliban contingent on denying such groups a safe haven, and the Taliban have, at least rhetorically, acquiesced. Preliminary reports from the Uyghur diaspora suggest they may be keeping that promise, with stories—as of yet unconfirmed—of Uyghur refugees and fighters in Afghanistan being detained.

Another shared interest is preserving Afghanistan’s political stability. Russia and China have fewer qualms about working with the Taliban on ideological grounds than the West does, as long as they keep their ideology within their own borders. Indeed, Russia and China already engaged with the Taliban well before the U.S. withdrawal, with Moscow allegedly providing weapons and financial support for the Taliban while China discussed resuming economic projects with the group, such as the Mes Aynak copper mine. Such efforts suggest that, as in Central Asia, a balance can be maintained between Russia and China even as their engagement with the Taliban grows.

However, there are also several challenges for Russia and China to apply their cooperation model in Central Asia to Afghanistan. First is that the extent of Russia’s security influence and China’s economic influence is far more limited in Afghanistan than it is in Central Asia. Indeed, there are a host of other external players who are more active and influential in the country, including Pakistan, Iran, and India, while other regional players like Turkey and Qatar have carved out increasingly important niche roles. And the United States will remain active in Afghanistan’s security sphere even without a direct military presence, continuing its overarching mission to deny safe havens for transnational jihadist groups as it keeps a wary eye on any moves made by Russia and China.

Finally, Russian-Chinese cooperation in Central Asia has had its limitations and challenges. China has seen protests over some of its economic projects and treatment of ethnic minorities in Kyrgyzstan and Kazakhstan while Russia has sought to limit external influence in the region via its own institutional blocs like the Eurasian Economic Union. Beijing is increasingly becoming involved in security matters in Central Asia, including its own weapons sales and the construction of border posts and security facilities. This could potentially create rifts between Russia and China and upend the balance they have achieved until this point. Such a dynamic could replicate itself in Afghanistan.

It is certainly possible that, as with Central Asia, Russia and China could establish a workable division-of-labor arrangement in Afghanistan, one that balances the strategic interests of both sides and emphasizes their shared goal of preserving and maintaining stability. But also as with Central Asia, such a balance between Moscow and Beijing is not guaranteed to last forever and could become jeopardized as power dynamics (both locally and externally) inevitably shift. Regardless of the outcomes, Russia and China are bound to play an increasingly important role in shaping Afghanistan’s future—which, in turn, could have a significant impact on their relationship within the broader great-power competition.

Afghanistan in hock to Uzbekistan and Tajikistan for electricity