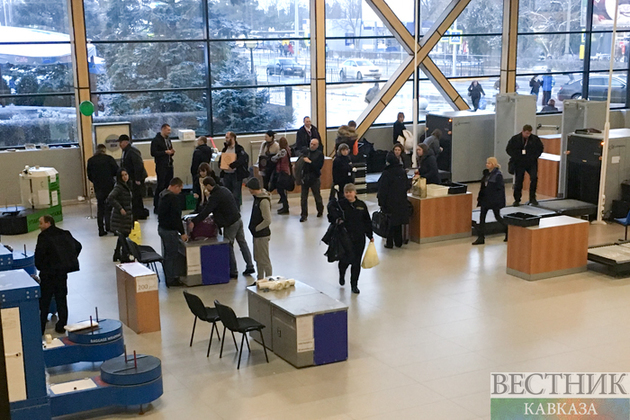 Before Russian operation in Ukraine led to mass displacement, Europe was already grappling with the Syrian refugee crisis – an issue that had bitterly divided European Union nations in recent years over what to do with the 1.1 million Syrians who sought refuge in Europe.

Meanwhile, as ABC News writes, neighboring European nations have swiftly met the influx of more than 2 million Ukrainian refugees since Russia's operation started on Feb. 24 with a united show of solidarity. Although it is unclear if disagreements over burden-sharing will follow, according to those who study migration in Europe, experts say Ukrainian refugees face a more welcoming environment because they are white.

Andrew Geddes, Director of the Migration Policy Centre, told ABC News that there's a stark contrast between Europe's "very warm welcome" of Ukrainian refugees, compared to the largely "hostile" response to Syrians and other asylum seekers from Africa and the Middle East. "It's night and day," Geddes said. "I think the strongest contrast is with a bunch of central European countries that were very hostile to Syrian refugees, and are now quite much more favorable to Ukrainian refugees," Geddes added, referencing Poland, Hungary, Slovakia, and the Czech Republic – European Union members that were "the most resistant" to welcoming Syrian refugees.

Meanwhile, many nonwhite refugees fleeing Ukraine, including students from Asia and Africa, have reported instances of discrimination on the borders of Ukraine, with some telling ABC News that differential treatment based on race led to difficulties in crossing into countries like Poland. But others from Africans and the Middle East have said they crossed into Poland without any issues. United Nations High Commissioner on Refugees Filippo Grandi confirmed during a press conference last Tuesday that "there are instances" of differentiation of treatment at the borders based on race, but said he was assured that "these are not state policies." Grandi said he met with Polish Foreign Minister Zbigniew Rau last Wednesday, who "affirmed Poland's commitment to continue receiving all those fleeing, without distinction." Meanwhile, Ukraine's Minister of Foreign Affairs Dmytro Kuleba responded to reports of discrimination last Tuesday, tweeting that "Ukraine's government spares no effort to solve the problem." He also added that Ukraine set up an emergency hotline to assist African, Asian and other students seeking to leave Ukraine.

European countries host over 1 million of the 6.6 million Syrian asylum-seekers and refugees, but the vast majority are hosted by only two countries – 59% in Germany and 11% in Sweden, according to United Nations High Commission on Refugees data. But according to Kelly Petillo, coordinator of the Middle East and North Africa programme and the European Council on Foreign Relations, this "didn't come immediately."

"It came after quite a bit of internal back and forth and lack of disagreement," Petillo said, adding that the majority of Syrian refugees were allowed to enter Europe in 2016 -- four years after the war in Syria began -- only after the European Union struck a deal with Turkey, which was facing immense pressure at the time from the surge of migrants and asylum seekers.

The Europe Union provided financial support to Turkey to slow the flow of migrants and asylum seekers crossing into Europe by returning "irregular migrants" attempting to enter Europe through Greece to Turkey, as Turkey works "to prevent new migratory routes from opening," according to the Migration Policy Centre. As part of the deal, which was intended to slow migration to Europe, "the European Union agreed to resettle Syrian refugees from Turkey on a one-to-one basis," per MPC, and the European Union also paid 6 billion euros to aid Turkey's Syrian migrant communities.

"Since the Syria crisis erupted more than 10 years ago, we've seen that there was a high level of reluctancy from Europeans to share the burden amongst themselves," Petillo said. Austria, Greece, the Netherlands and France host between 2 to 5% of Syrian refugees in Europe, and other countries host below 2%, according to UNHCR.

Some of the Eastern European countries that largely rejected Syrian refugees have been at the forefront of welcoming Ukrainians, Geddes said, pointing to Poland, Hungary, Slovakia and the Czech Republic. "For migrants from outside of Europe ... it's a very, very powerful, exclusionary approach," Geddes said. "The EU is much more willing to internalize a refugee situation where the people who are being forced to flee are white Europeans, and has been much more reluctant to offer protection for people who are from Africa and the Middle East," he added. And that "double standard," Petillo said, is not only shaped by race, religion and culture, but also by politics.

Poland received 1.2 million of those fleeing Ukraine, according to UNHCR data, and on Friday Polish President Andrzej Duda toured a border crossing facility in Korczowa, where he met with Ukrainian refugees and told reporters that Poland would welcome them with open hearts. Geddes said that Poland's handling of the Syrian refugee crisis was the "opposite."

As Poland continued to push back against pressure from the European Union to take in asylum seekers from Syria, Jarosław Kaczyński, leader of Poland's rightwing party and current Deputy Prime Minister, argued in 2017 that doing so would be "dangerous" and would "completely change our culture and radically lower the level of safety in our country."

The European Union's top court ruled in April 2020 that Poland, Hungary and the Czech Republic broke EU law by refusing to host refugees to relieve some of the burden from countries like Turkey and Greece. And in November 2021, Poland was "involved in a military standoff" with Belarus to prevent asylum seekers from Africa and the Middle East from crossing the Polish border, Geddes said.

More than 2,000 people were trapped in a makeshift camp on the Belarusian side as Poland blocked aid. At least 15 died in the cold last year. And in January, Poland began building a metal wall on the border of Belarus to block migrants.

"When it comes down to it, Ukrainians are seen as European," Geddes said, saying that there are "very strong" historical and cultural links between Poland and Ukraine -- Many refugees from Ukraine have family and friends in Poland who have taken them in. Meanwhile, asylum seekers from Africa and the Middle East "are fundamentally seen as being different, racially, socially, culturally," he added.

Those sentiments, which Petillo described as "othering," were evident over the past week in the rhetoric of several prominent political leaders and various Western media figures, who made controversial statements that went viral on social media. One journalist described Ukrainians as "civilized" in an attempt to differentiate them from other refugees and others suggested that it's more difficult to witness the plight of Ukrainians because they "look like us."

"These people are intelligent, they are educated people," Bulgarian Prime Minister Kiril Petkov said of Ukrainians earlier this week, according to The Associated Press. "... This is not the refugee wave we have been used to, people we were not sure about their identity, people with unclear pasts, who could have been even terrorists."

And Hungarian Prime Minister Viktor Orban, who declared, "we're letting everyone in," regarding Ukrainian refugees, has made an anti-immigration platform a central part of his reelection campaign, arguing that an influx of non-Christian migrants is a threat to the culture. "We do not want to be an immigrant country," Orban said in January, according to The Associated Press.

In the wake of the global War on Terror following the 9/11 terror attacks, Petillo said that Islamophobic language that "linked terrorism to Islam" became common in a "dangerous" political discourse regarding refugees from the Middle East. Geddes said those anti-immigrant sentiments have been weaponized by various leaders of "the radical right" in Europe and "played a part in this exclusionary approach to migration."

At the height of the refugee crisis in 2015, Czech President Milos Zeman referred to the influx of Syrian and Iraqi refugees seeking asylum in Europe as "an organized invasion." Meanwhile, the Czech Republic has so far welcomed tens of thousands of Ukrainian refugees, per UNHCR.

Slovakia, which has so far taken in more than 140,000 Ukrainian refugees, per UNHCR data, said in 2015 that it would only accept Christians from Syria, according to The Associated Press. According to Geddes, while other European countries were not as "explicit" as Slovakia in favoring Christians, they did so "implicitly" with their policies.

In a historic vote, the European Union agreed on Thursday to give Ukrainians immediate temporary protective status that allows them to work and live in EU countries and provides them with access to health care and other social services. This marks the first time that the EU has invoked this protection since it became a part of EU law two decades ago, Geddes said.

Although Germany and Sweden have made some efforts to provide protections for Syrian refugees, many remain "stuck in limbo" without access to employment, education or other social services, Petillo said.

"[They're] not coming out officially with policies saying we want Syrians to return, but they're doing anything they can to disincentivize Syrian refugees from staying," Petillo said, adding that ongoing humanitarian crises have led to an ongoing flow of refugees to Europe.

Since 2014, more than 20,000 asylum seekers from the Middle East, Asia and Africa arriving to the Mediterranean by land or by sea in hopes of crossing into Europe have died – some drowning – or gone missing, per UNHCR data, including 154 so far in 2022.