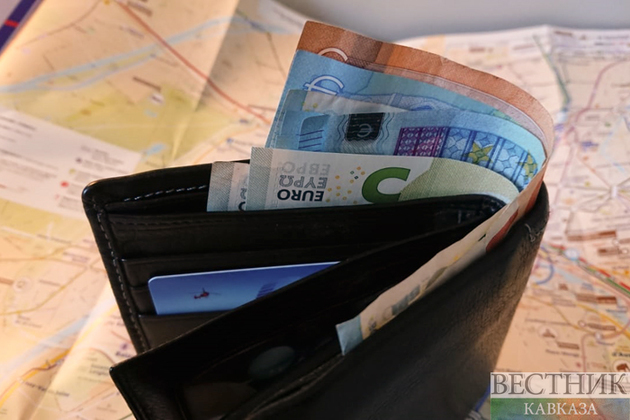 Record energy prices drove the inflation rate for the countries using the common European currency to 8.6 percent in the year through June, as the fallout of the crisis in Ukraine and the economic conflict it has set off between Russia and Western Europe continued to bite, The New York Times writes. Nearly half of the 19 countries in the eurozone have now reached double-digit annual inflation, figures released Friday by Eurostat, the European Union’s statistics agency, showed. The overall rate was the latest record high since the creation of the euro in 1999.

Many eurozone countries depend heavily on Russia as a source of fossil fuels to heat homes and power their economies. But the amount of energy, especially natural gas, flowing to Europe from Russia has been reduced by more than half since Russia’s special operation started in Ukraine on Feb. 24, driving prices to record levels and leaving European governments scrambling for alternative sources.

The fresh inflation data will bolster plans by the European Central Bank to raise rates for the first time in more than a decade at its meeting in three weeks, and to increase them further later in the year, amid concerns that the risk of persistently high inflation outweighs a deteriorating economic growth outlook.

The situation in each eurozone member varies. Although inflation in Germany and the Netherlands dipped slightly in June, Spain set a record, hitting double digits for the first time since 1985. For the three Baltic States in northeast Europe — Latvia, Lithuania and Estonia — prices that high have been a reality for months. Despite their differences, all of these countries are in some way feeling the effects of the jump in the price of energy, which rose to 41.9 percent in the year through June, three times the rate in the same period a year earlier, and prices for food, up to 8.9 percent over the past year, also a significant acceleration. Economists are predicting that higher prices could lead workers to demand higher wages, which could solidify rapid inflation and put more pressure on interest rates to rise. But the aftereffects of the coronavirus pandemic, combined with the unpredictability of the crisis, have made forecasts difficult.

Mateusz Urban, an economist at Oxford Economics, wrote in a report that June could be the peak of eurozone inflation, but that the pace of price rises “will slow only gradually throughout 2022.” But as Kerstin Bernoth and Marcel Fratzscher of the German Institute for Economic Research note, “There is enormous uncertainty how the economic situation and the inflation in the eurozone will develop in the coming months.”

Estonia recorded an annual inflation rate of 22 percent, the highest in the eurozone, followed by its neighbors on the Baltic Sea, Latvia (19 percent) and Lithuania (20.5 percent). The three countries lack any domestic energy sources and their efforts to replace Russian energy have left them exposed to the exorbitant prices on the spot markets.

By contrast to the Baltics, France has a diversity of energy sources, which has helped keep its inflation rate comparatively low, at 6.5 percent. Although several nuclear reactors have been taken offline recently, the country is overall less reliant on fossil fuels, which has shielded it from the worst of the fallout from Russia’s special operation in Ukraine.

For the first time since 1985, the inflation rate in Spain soared into the double digits, hitting 10 percent. The high price of energy is largely to blame, along with increases in the price of food. The government in Madrid passed a 9 billion euro ($9.45 billion) relief package, including subsidies for transport and a 80 percent reduction in taxes on energy, to help vulnerable households cope.

Germany saw its inflation dip, to 8.2 percent in the year through June, from 8.7 percent the month before. Analysts pointed to government programs, including one encouraging use of public transit with a €9 monthly pass and a cut in the country’s notorious high tax on energy, as reasons for the dip, but do not see the movement as a trend. “In our opinion, there are still no compelling signs for the strong upward inflation spiral to lose steam any time soon,” Deutsche Bank said in a research note, blaming persistent supply bottlenecks and energy price pressures.

Many of the countries in the eurozone’s east are particularly vulnerable to the fallout of the crisis in Ukraine, given supply chains and their histories of dependence on Russia for their energy needs. Slovakia, which saw inflation increase to 12.5 percent, is a prime example. It has imported nearly 90 percent of its natural gas and two-thirds of its oil from Russia and has struggled with the cost of sourcing energy from other countries. Disrupted global supply chains have also hurt auto production, which is the country’s most important industry.

Ireland saw inflation rise to 9.6 percent. Again, energy was the driving force for the inflation increase in the country, which saw thousands take to the streets last month to express their anger at the jump in prices.