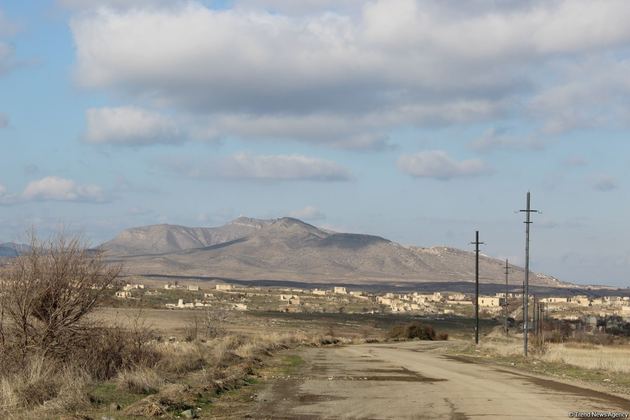 Estimates show that $ 200-250 million is needed annually to finance the so-called regime in the mountainous part of Karabakh. The separatist regime does not have any independent financial resources to compensate for this dotation. Lack of raw materials and export markets, lack of investment, limited transport and logistics opportunities are the primary factors determining how the development of industries in the mountainous part of Karabakh has no prospect. The industrial development of the region is possible in the context of reintegration with Azerbaijan, a country that reached the highest level of industrialization in Europe and managed to develop the non-oil industry by over 12 percent in 2020, despite the global industrial crisis.

The conclusion is made in the report by the Center for Economic Reforms Analysis and Communication titled "The Armenian population in the mountainous part of Karabakh has prospects for sustainable development within the single economic space of Azerbaijan" seen by Vestnik Kavkaza.

The total amount of donations from Armenian Diaspora organizations, another major source of funding to initiatives in the Nagorno Karabakh, are not reflected in any official documents. The Hayastan Foundation has provided about $ 15 million for the construction of the $ 35 million Vardenis-Aghdara highway, one of the projects in the occupied territories. The Hayastan Foundation provided a total of $ 150 million in aid to the so-called regime during the period of occupation.

Apparently, the economy of the so-called regime in Nagorno-Karabakh was highly reliant on the support of Armenia and the financial assistance from the Armenian Diaspora. (B. A. Graham 2009, Czachor 2015). Moreover, the economic development of the region has been frozen on "neither war nor peace" principles (Tadevosyan 2010).

It is confirmed by researches that neither the strategic currency reserves nor other financial resources allow Armenia, the key sponsor of the so-called regime and a country affected by ongoing military- political- economic crisis trio, to support the Armenians living in the mountainous areas of Karabakh. Armenia, a country that is gravely affected by unemployment (21 percent), poverty (23.5 percent), twin deficits, foreign debt (over 66 percent), and GDP fall (over 5 percent), is incapable to send sustainable aid to a region controlled by Russian peacekeepers. On the other hand, Armenia's high foreign debt lowers its international credit rating and makes it less likely to get new loans from international financial institutions. In short, Armenia, a country that is dependent on foreign debt and donations, has limited opportunities to finance the Armenian population in Karabakh.

42 administrative districts finance all their expenses using local revenues, as seen from 2021 public budget of Azerbaijan. The number of self- sufficing regions rose from 9% to 65% over the past seven years. The list of these regions demonstrates that along with lowland regions, the highland regions with difficult terrain, which require more funds, managed to achieve self- financing. The so-called regime failed to achieve financial independence, which most regions of Azerbaijan reached over the past 30 years. Statistics of the so-called regime show that no city or region has been able to finance its expenditures from local resources over the past 30 years although the occupied territories presented great economic potential. The city and regional budgets were gravely dependent on subsidies and diaspora donations came from Armenia (accounted for over 60 percent of their budgets). Financial sources of separatists curtailed with the so-called regime being deprived of the use of land, forest, water and mineral resources upon the liberation of the occupied territories by Azerbaijan.