Five years of migrant deal between Turkey and EU. What changed 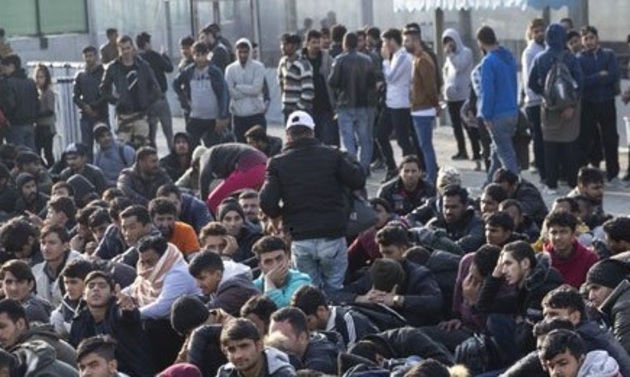 Five years after the European Union and Turkey signed a deal to reduce the number of migrants crossing into the bloc, arrivals are down but both sides have complaints, France 24 writes. Signed on March 18, 2016, the deal saw Turkey move to stem the flow of would-be refugees into Bulgaria and the Greek islands in exchange for large-scale EU financial assistance. The accord was criticised by refugee rights groups and it has not stopped sniping between Brussels and Ankara over the issue - with Turkey now calling for it to be reviewed. As Europe takes stock, here are six things to know.

What is in the deal?

During the 2015 migration crisis Europe feared its capacity to absorb arrivals would be overwhelmed by 1.2 million people, many of whom were fleeing the war in Syria. Many attempted to cross from Turkey in dangerous inflatable rafts to the Greek islands, where they would be on EU soil but would soon fill makeshift camps to bursting point. Under the agreement, the Europeans undertook to begin to "resettle" Syrians who remained in refugee camps in Turkey, and to make two payouts of three billion euros each to help Turkey receive refugees. The EU was also expected to speed up negotiations for visa-free travel for Turkish citizens and for eventual EU membership, as well as discussions on the enlargement of the customs union.

How much was spent?

According to the European Commission, 4.1 billion euros ($4.8 billion) have already been delivered to Turkey and the remaining two billion have been contracted to projects to support refugees. The plan is to continue to support basic health and education needs for refugees marooned in Turkey until 2022 or into 2023, and an extra 535 million euros was assigned in 2020. But Ankara disputes the EU figures, claiming that only 3.6 billion euros have been spent "for the Syrians", and stressing that Turkey has 3.7 million of them on its soil.

Since the accord, the number of migrants and refugees arriving in Greece has plummeted. In 2015 at the height of the crisis, 856,000 crossed the Aegean Sea. This figure dropped to 173,000 the next year, and to only 30,000 in 2017. By 2020, perhaps because of the coronavirus pandemic, the number who crossed was just 10,000. "The figures are there," EU foreign policy chief Josep Borrell said Monday. "It has been very much criticised, but this statement has produced tangible results. The deal, he said, "has led to a significant decrease of loss of human lives, irregular crossings and improved the situation of refugees and migrants in Turkey." Since 2016, Ankara has allowed back 2,140 migrants who tried to cross to Greece, and EU countries have resettled 28,621 Syrian refugees from camps in Turkey.

Brussels accuses Turkey of not doing enough to facilitate returns of migrants from Greece. "When the Covid came, both sides stopped. But the EU resumed the resettlement in August last year," EU home affairs commissioner Ylva Johansson said recently. "So we have resettled 2,500 or 3,000 refugees (in Europe) from Turkey under the EU-Turkey statement since last year. But Turkey has not resumed the returns from the Greek islands," she said.

What does Turkey want?

Faruk Kaymakci, Turkey's deputy foreign minister in charge of European affairs, says this is not fair. "We are not taking back migrants because the EU is not fulfilling the March 18 deal," he told AFP. In particular, he said he wants Brussels to cooperate with Turkey inside northern Syria to prepare the way for refugees to return to their war-torn homeland. And he says another half-a-million arrivals in Turkey mean that EU aid should be increased.

European diplomats are dubious about the idea of reopening the accord, fearing any renegotiation would quickly get bogged down and allow Turkey to use the refugees as leverage. But Turkey's President Recep Tayyip Erdogan, who has threatened to cancel the arrangement several times, wants progress on Ankara's moribund application to join the EU. He wants new talks on getting Turks visa-free travel and on the EU customs union.

EU member states will discuss ties with Turkey at their next summit on March 25 and 26, but for now, for Borrell, what they call the 2016 statement "remains valid."