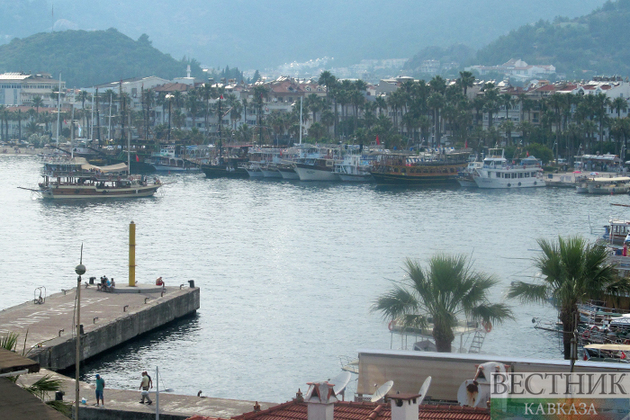 President Recep Tayyip Erdoğan visited Saudi Arabia at the invitation of King Salman in the final days of Ramadan, starting a new chapter in bilateral relations. It was clear that Ankara and Riyadh needed to hold talks on many issues, including trade, energy and the balance of power, Daily Sabah writes.

It is a well-known fact that Erdoğan and King Salman remained in touch through a series of phone calls despite strained ties over the murder of Jamal Khashoggi. During the most recent visit, however, the Turkish leader also met Mohammed bin Salman (MBS), the crown prince. The main topics of conversation included repairing bilateral relations and regional and global developments. The leaders agreed on further developing Turkish-Saudi relations and working together on regional issues. Going forward, many observers expect the frequency of high-level visits between Ankara and Riyadh to increase. Obviously, closer cooperation between those two key capitals shall impact other normalization processes underway in the region.

The decision to start a new chapter in Turkish-Saudi relations undoubtedly reflects both nations’ need for normalization. It is no secret that all regional powers made fresh geopolitical assessments following Donald Trump’s replacement by Joe Biden as United States president. The new administration has not treated Saudi Arabia and the United Arab Emirates (UAE) as the previous one, or allowed Israel to enjoy its former popularity. With regard to Turkey, in turn, Washington remains confused. Unlike his predecessor, Biden adopted a critical approach toward Ankara. One could argue, however, that the U.S. government concentrates on the need to collaborate with Turkey.

There are four major normalization processes underway in the region.

Primarily, there is normalization between Qatar, on one hand, and the UAE and Saudi Arabia – which means that the “blockade” is over, but the competition between those nations – and, by extension, tensions among them – is not expected to end anytime soon. Indeed, there is no reason to expect Doha to get over the trauma of the blockade, which looked like a coup attempt.

Secondly, it is obvious that the new chapter, which Israel and the Arab states started by concluding the Abraham Accords, represents a turning point in the region’s history. The Biden administration’s commitment to another nuclear deal with Iran, coupled with the concessions that Washington could make, fuel concern in Israel and the Gulf states. Indeed, many believe that Tehran could become a nuclear power in the near future.

Thirdly, the shifting balance of power in the region also promotes – albeit unwillingly – some kind of normalization between Iran and the Gulf states. The potential damage that the Houthis have inflicted and could inflict on Saudi Arabia and the UAE, and the power vacuum that Washington’s partial retreat has left behind, highlight the need to be on good terms with Iran. For the Gulf, however, normalization with Iran could generate influence and balance.

Last but not least, Turkey’s normalization with the UAE, Saudi Arabia, Israel and (potentially) Egypt entails a certain process, whose impact could have more dimensions than the other three processes. As a regional power that simultaneously used hard and soft power in nearby regions over the last five years, Turkey proved capable of taking initiative vis-à-vis global issues.

The latest case in point was the Turkish president’s diplomatic efforts during the conflict in Ukraine. The bottom line is that Turkey will play an important role no matter how the West’s relationship with Russia evolves in the future. Those nations, which take initiative to repair their bilateral relations with others, will have the upper hand in the future. Known for his ability to sense changes in the international arena in advance, Erdoğan took another influential step by visiting Saudi Arabia. One could expect normalization between Ankara and Riyadh to occur as quickly as the process between Turkey and the UAE.

Reimposing Iran oil sanctions may be difficult for US