Germany still leads the world in industrial competitiveness, but China is inching closer 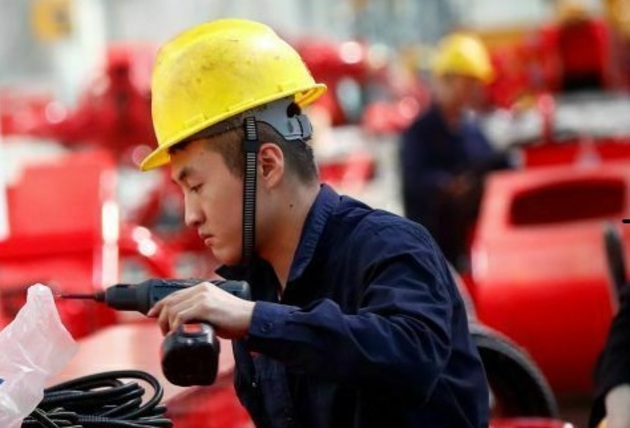 Germany once again achieved the highest rank in the latest edition of UNIDO’s Competitive Industrial Performance (CIP) Index.  China has climbed three positions in the last six years and currently ranks in second place. The Republic of Korea completes the top three in the ranking, which in its 2020 edition compares a total of 152 economies. This year’s report includes a separate chapter on African economies and their industrial competitiveness.

According to Modern Diplomacy, the Competitive Industrial Performance (CIP) Report 2020, published by the United Nations Industrial Development Organization (UNIDO), provides a global overview of the competitiveness of countries’ industrial performance around the world. One hundred and fifty two countries are ranked using a composite index based on three dimensions: 1) the capacity to produce and export manufactured goods; 2) technological deepening and upgrading; and 3) world impact. The results of this exercise are analyzed using three types of tabulations: development group, indicators, and geographic region.

The ranking – Competitive Industrial Performance (CIP) Index – shows that industrialized economies continue to dominate in most of the dimensions of industrial competitiveness (see Table 1). The CIP Report 2020 also finds, however, that significant disparities exist in countries’ capabilities—even among industrial leaders—to produce and export manufactured goods, and in their level of technological deepening and upgrading, as well as their impact on world manufacturing trade and world manufacturing value added. European countries have a particularly high capacity to produce and export manufactured goods, while Eastern Asian countries stand out in terms of their world impact and technological deepening and upgrading.

Figure 1 shows that countries with a high level of competitiveness are usually grouped by region. There are three clusters with highly competitive countries, which are concentrated in Eastern Asia, Europe and North America. 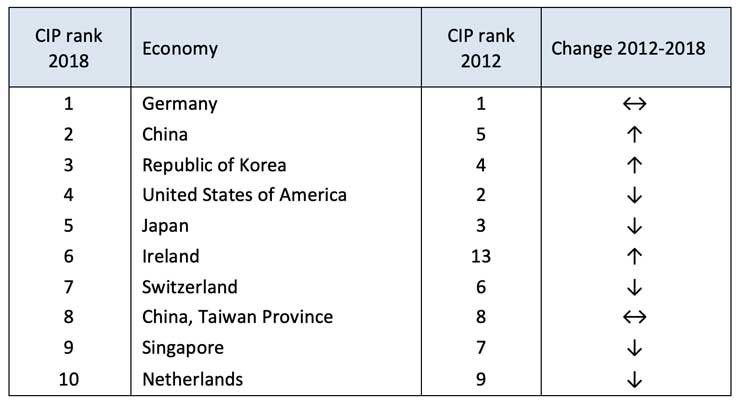 By contrast, the majority of countries at the lower end of the CIP ranking are located in sub-Saharan Africa. The continent’s slow industrialization has caused large trade deficits in manufactured products which cannot be compensated by the surplus obtained from raw material and natural resource exports. Furthermore, as the increase in international demand for such goods weakens, the potential negative impact on Africa’s future export and economic growth intensifies, highlighting the need for additional efforts to accelerate industrialization in the region. This, in turn, requires evidence-based policymaking. To effectively address this challenge, Africa needs to improve its data coverage by collecting more timely and disaggregated data at the sectoral level, thereby enabling more complete and accurate monitoring of the continent’s industrial performance, providing guidance to industrial policymaking and allowing for more opportune corrective measures, where necessary.

The Competitive Industrial Performance (CIP) Report 2020 notes that COVID-19 pandemic has had uneven consequences across countries and sectors. There has been a significant impact on international trade, as production and consumption have been scaled back across the globe. Consequently, there is an overlap between industrial competitiveness, on one hand, and export performance and faster economic recovery from the pandemic crisis, on the other.

The pandemic has led to a rise in demand for specific manufactured products, including medical equipment and protective garments and supplies. Those countries that have been able to produce essential goods within their borders have found themselves in a better position to quickly and adequately respond to the pandemic. In this regard, the location and flexibility of production capabilities, as well as economies’ production and export mix became major competitive advantages at the height of the pandemic. In general, countries that had a higher industrial competitive advantage at the outbreak of the pandemic showed a better export performance during the pandemic, and are also experiencing a faster economic recovery.