How political landscape changed after the second Karabakh war 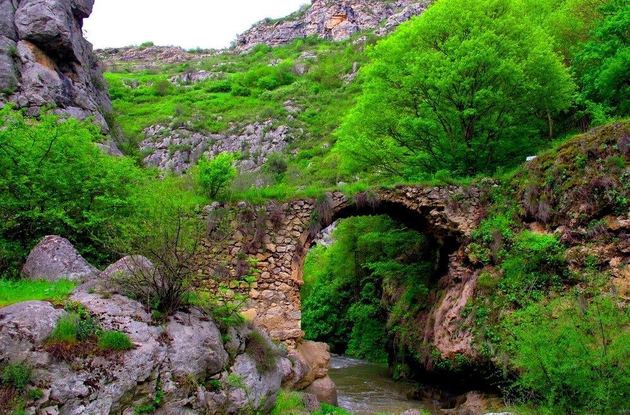 The confluence of many factors changed the hitherto prevailing balance of power and produced a victory for Azerbaijan, overturning the 26-year old status-quo in the region. Over the years, Azerbaijan has invested in the armed forces massively. In the meantime, both Azerbaijan and Turkey have cultivated closer ties with Russia. The color revolution, which swept pro-European Union Nikol Pashinyan into power as prime minister in Armenia in 2018 helped distance Moscow from Yerevan. Unlike in the past, the United States was disengaged from the region, mainly because of its partial withdrawal from the international stage, Modern Diplomacy writes in the article Karabakh conflict: How the status-quo changed after a quarter of a century.

The jrigins of the Karabakh conflict

Inhabited to a large extent by the Armenians, Karabakh was granted to Soviet Azerbaijan by the Soviet Union in 1921. Towards the end of the Cold War, Karabakh wanted to split from Azerbaijan, leading to the first clashes between the parties. The first Karabakh War started in 1992 and ended in 1994, leaving 25,000 dead and 724,000 Azeris and 300,000 – 500,000 Armenians displaced. At the end of the war, Armenians seized Karabakh and all of five as well as a large part of two other districts (rayons) of Azerbaijan, surrounding Karabakh, representing thirteen percent of Azerbaijan’s territory. Following the May 1994 ceasefire brokered by Russia, the Minsk Group under OSCE led the peace negotiations, albeit with no success. Given that Armenia’s and Azerbaijan’s demands were highly irreconcilable – respect for territorial integrity (Azerbaijan) and the right of self-determination (Armenia), it proved difficult to find a common ground despite years of negotiations.  Ending this protracted conflict through a peace agreement was not possible also due to the fact that both sides believed that time would enhance their respective positions. Armenians in Karabakh thought that over time their self-declared de-facto independent republic will gradually gain international recognition while Azerbaijan believed that their military build-up would strengthen its leverage over the Armenians.

The flare-up of the conflict and the peace deal

Violence flared up in Karabakh on 27 September 2020 after a tense year between Armenia and Azerbaijan. Following the 44-day fighting, with the loss of the strategically important town of Shusha in Karabakh to Azerbaijan, Armenia decided to lay down its arms. The conflict left 2,425 Armenians and 2,783 Azeris dead. After the fighting ended with a Russia-brokered ceasefire, 1,960 Russian peacekeepers were deployed in the region to monitor the ceasefire.

Cultivation of close ties between Azerbaijan and Russia

An important factor that contributed to Azerbaijan’s victory over Armenia in the 44-day long war was Azerbaijan’s cultivation of close ties with Russia. Striving for the expansion of its influence in its “near abroad” after Vladimir Putin came to power in 2000, Russia did not want to push Azerbaijan, a geostrategically important and energy exporting country to the embrace of the West. As for Azerbaijan, even if it did not join the Russia-dominated Collective Security Treaty Organization (CSTO) and Eurasian Economic Union (EAEU), it did not turn Russia into an enemy unlike Georgia or Ukraine did. Unlike Georgia, Azerbaijan has never vocally expressed its desire to join NATO.

Azerbaijan has used hydrocarbon-revenues for the expansion of its weapons and military equipment massively, creating a major disparity between the Armenian and Azerbaijani armed forces over the years. Azerbaijani military budget has started to grow dramatically in 2006 when Baku Tbilisi Ceyhan (BTC) oil pipeline became operational. By 2010, Azerbaijan’s defense expenditure alone surpassed Armenia state’s whole budget. After the first Karabakh conflict ended, Azerbaijan’s military expenditure totalled $70 million in 1995. Over the years, however, there was a dramatic jump in its military expenditure, rising to $1.7 billion in 2018. Armenia’s military spending was, on the other hand, $50 million in 1995 while it totalled $610 million in 2018. That is, Azerbaijan’s military spending was three times higher than that of Armenia. As a result of this wide imbalance in military spending, Armenia acquired only Russian weapons at subsidized prices or second-hand arms free of charge, Azerbaijan purchased high-tech arms not only from Russia but also from other suppliers such as Israel and Turkey. Apparently, Azerbaijan military’s intensive use of unmanned drones also played a decisive role in its victory.

Armenia’s shifting position was another determinant in the fate of the Karabakh war. Its closed borders, a weak manufacturing sector, its inability to attract foreign direct investment (FDI), and its channelling of limited economic resources to military expenditure put the brakes on the economic growth of Armenia.  Change of hands at the helm of the Armenian state after the Velvet Revolution in 2018 was another development that changed the balance of power at the expense of Armenia. Besides, realizing that the balance in the conflict has shifted in favour of Azerbaijan in 26 years, Russia expected Armenia to be more flexible at the peace negotiations before the flare-up of the conflict in September 2020.

Turkey’s rapprochement with Russia and alliance with Azerbaijan

Turkish-Russian rapprochement was another factor that tilted the balance of power in the region in favour of Azerbaijan. Strained relations with the West pushed Moscow and Ankara to forge a close partnership with each other. Having competed with Russia in the first half of the 1990s in Eurasia, Turkey opted to cooperate with it after the second half of the 1990s, developing a multi-dimensional relationship with this country. The volume of bilateral trade reached $26.3 billion in 2019. Although they have some differences in geostrategic issues like in Syria, Libya and the Eastern Mediterranean, they both benefit from this partnership that encompasses trade, energy, investment, pipeline politics, tourism, arms supply and regional issues. In short, when the conflict broke out in September, Turkey was a partner for Russia more than a rival.

Moreover, Turkey’s unconditional support to Azerbaijan, above all its military support, including its supply of unmanned drones was instrumental in determining the fate of the conflict. They concluded a Strategic Partnership and Mutual Assistance Agreement in 2010 that foresaw mutual aid in case of an attack by a third party. Turkey’s growing support to Azerbaijan stems above all not only from its growing integration with Azerbaijan, especially, in the field of energy, including the launch of Trans Anatolian Pipeline (TANAP) in 2019, shipping more Azeri gas to Turkey and the massive investment of the Azerbaijani state energy giant SOCAR in Turkey but also from its increasing assertiveness in its neighbourhood. That is, its fierce backing to Baku in the conflict is, at the same time, a corollary of its assertive foreign policy in Syria, Libya and the Eastern Mediterranean. Thanks to a dramatic growth in its economy after 2000 as a result of economic policies turning it into a “trading state” and a concomitant rise in its military capabilities, Turkey transformed into a major actor in its region.

As for the Western role in the conflict, although Armenians associate themselves with the Western civilization, Armenia does not have much strategic importance for the West. It is the smallest post-Soviet republic, does not have energy resources nor does it have energy transit routes. Given the authoritarian regime that dominated in the country in the post-Cold War period, the West has lost its interest in Armenia. Overall, the EU has been traditionally relatively disengaged from the Karabakh conflict. As for France, despite the pressure applied by 600,000 Armenian diaspora in the country to intervene in the conflict on behalf of Armenia, it remained impartial in the conflict, justifying this attitude with its role as co-chairman in the OSCE Minsk Group. Another reason for the inactive posture of France in the issue is that the South Caucasus is not a traditional area of influence for France. Likewise, the USA remained aloof from the conflict with the exception of a few statements from the Secretary of State Mike Pompeo calling for a peaceful resolution of the conflict and hosting talks with Azeri and Armenian ministers of foreign affairs. The lack of US interest in the conflict largely stems from the partial US disengagement from international politics as a result of “America First” approach under Donald Trump Administration. Washington’s preoccupation with the presidential elections as well as the fight against COVID-19 pandemic also distracted Washington’s attention from the region.

In lieu of conclusion

The 44-day war overturned the 26-year status-quo in Karabakh. Now that the final status of Karabakh is to be determined following the negotiations to be held in the next weeks between Azerbaijan and Armenia, the next step should be to establish a permanent peace in the region. Now, it will be much easier for Turkey and Azerbaijan to open their closed borders with Armenia. To be sure, this will boost economic integration of Armenia with Azerbaijan and Turkey, bolstering its economic development. Involvement of regional powers like Russia and Iran in this kind of initiatives is also a sine qua non for the achievement of a sustainable peace in the region.

Will Jeyhun Bayramov meet the Minsk Group in the US?