Is the TAPI pipeline finally ready to go? 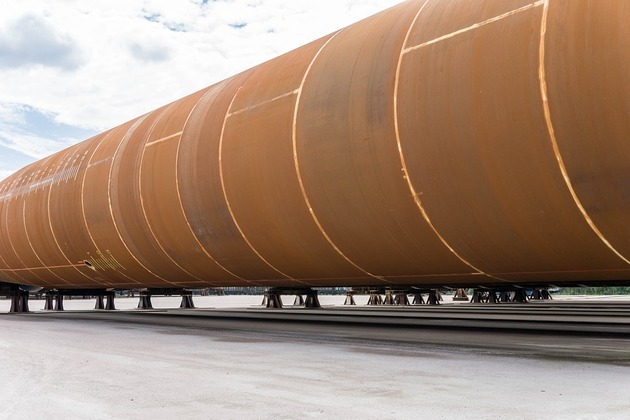 The Turkmenistan–Afghanistan–Pakistan–India (TAPI) natural gas pipeline has been long aborning, but its prospects recently got a shot in the arm, Oil Price reports.

The 1100-mile, $10 billion project has seen numerous delays since the pipeline consortium was announced in late 2014, though the project was first mooted in 1991. Construction started in early 2018 with a projected in-service date of 2021, but halted later that year after workers clearing the route were killed by unknown assailants. Also, the project’s $10 billion cost estimate is a decade old, and an update may cause further delay to the Asian Development Bank-funded effort that is now slated to resume work in September 2022. Turkmenistan will loan Afghanistan the funds for its share of the project, to be repaid from gas transit revenues.

Representatives of the government recently met officials in Afghanistan, and the Taliban announcement that it will dedicate 30,000 troops to pipeline security may motivate the parties to start construction.

The completed pipeline will allow Turkmenistan to reduce its reliance on its biggest gas customer, China, which has recently taken most of Turkmenistan’s gas exports, though in 2021 the country doubled its gas exports to Russia, which used to be the biggest importer of Turkmen gas until it was displaced by China in 2010. The pipeline will generate additional income that Ashgabat can use to improve services to citizens, a priority after the recent unrest in neighboring Kazakhstan.

But there may be competing opportunities. For example, Iran, Azerbaijan, and Turkmenistan recently signed a trilateral gas swap deal for up to 2 billion cubic meters (bcm) per year. It’s not a large amount - Turkmenistan exports about 40bcm to China every year – but it’s another income stream that should be managed with an eye to future growth. Then there’s the possibility of a connection to the proposed Trans-Caspian Pipeline (TCP) to supply Europe via the Southern Gas Corridor (SGC). Connecting to the SGC would require a 200-mile subsea pipe between Baku and Türkmenba?y, but may face opposition from Iran and Russia on (probably spurious) environmental grounds. Once the politics are resolved, the project would likely be cheaper and carry less of a security burden than the overland TAPI route, and build on the January 2021 agreement between Baku and Ashgabat to jointly develop the Dostluq (“friendship”) oil and natural gas field in the Caspian Sea.

The project would provide transit fees of about $500 million per year, along with an annual share of 500 million cubic meters of gas for the first ten years, ultimately increasing to 1.5 bcm per year.

For the Taliban government, a successful project would: demonstrate it can be a reliable partner in a major infrastructure project, employ demobilized Taliban troops so they don’t defect to the Islamic State or Al-Qaeda, earn revenue to pay for electricity imports (the country relies on imports for 78% of its power), demonstrate to China it is safe to invest in Afghanistan, and be an opportunity for cooperation with Pakistan despite the dispute over their shared border.

Of course, Kabul will have to figure out what to do with that natural gas, in addition to its one trillion cubic feet of reserves. The U.S.-driven development plan for the country emphasized renewables, like solar and wind, and the U.S.-funded $335 million Tarakhil Power Plant near Kabul, which relied on expensive, imported diesel fuel, is now used as a back-up facility when hydropower and imported power aren’t available. An International Finance Corporation-sponsored 59-megawatt gas-to-power plant in Mazar-i-Sharif would have boosted the country’s current total domestic generation by up to 30 percent, but can it be revived under the Taliban?

And time is of the essence as Uzbekistan recently reduced its power exports by 60%, possibly due to increased domestic demand as winter sets in, possibly to nudge Kabul (or the UN) to start paying the $90 million owed to power suppliers in Uzbekistan, Tajikistan, Turkmenistan, and Iran.

The pipeline would help solve the country’s persistent energy shortfalls, such as the deficit between current gas production of 4 Billion Cubic Feet per Day (BCFD) against demand of 6 BCFD. By 2025, gas production is expected to fall to less 1 BCFD due to depletion of gas reserves while demand increases to 8 BCFD.

And Pakistan won’t have to wait to 2025 for an economic impact: Between 2008 and 2012, 40 percent of Pakistan’s textile sector moved to Bangladesh, one reason being the uneven supply of gas and electricity.

Then there’s Pakistan’s view of its regional interests and its endless search for “strategic depth.” The pipeline would be an independent source of revenue for Afghanistan, just when Pakistan feels the Taliban government should be beholden to it. And India would be able to increase the share of gas in its energy mix from 6.5% to 15%, possibly encouraging more trade between Kabul and New Delhi. To Islamabad, it will add to an already bad outcome: the ungrateful Taliban still aren’t helping Pakistan isolate the Tehreek-e-Taliban Pakistan, while India is expected to be the world’s fastest growing economy in 2022, according to the World Bank.

They say “all politics is local” and that may be the case here. One Pakistani observer, Hina Mahar Nadeem, noted the country’s gas shortfalls have a silver lining – for the interests that control the import of expensive liquefied natural gas (LNG). Accordingly, TAPI and the much-delayed (mostly by U.S. sanctions on Iran) Iran-Pakistan gas pipeline are a threat to their economic and political power.

In late 2020, Pakistan and Russia signed a deal to complete the 700-mile Pakistan Stream Gas Pipeline, to move LNG from Port Qasim (Karachi) to Kasur, in the Punjab. Pakistan may be treating with Russia to balance against China, or maybe the deal was decided on strictly dollars-and-cents terms. Regardless, this project may crowd out attention and funding for Pakistan’s phase of TAPI.

A richer energy mix and pipeline transit revenues would strengthen Pakistan as it negotiates new efforts with China under the umbrella of the China–Pakistan Economic Corridor. Pakistan’s leaders will need to strengthen their position vis-à-vis China while demonstrating to Beijing they are a reliable partner that will develop energy resources that can accommodate China’s projects. But first, those leaders must and take on entrenched business and national security interests to successfully support TAPI, despite the economic benefits to its neighbors. But this assumes the country’s leaders aren’t captive (willing or otherwise) to their business confederates  and the securicrats.

TAPI would add to the country’s energy mix, propelling its impressive economic growth. India is the world’s third-largest energy consuming country, and has doubled energy use since 2000, with 80% of demand still being met by coal, oil and solid biomass. TAPI gas would allow India to use less coal, helping it meet its COP26 carbon emission goal, and satisfy increased energy demand by 2030 of 25% to 35% according to the International Energy Agency.

India has built a connection for TAPI at Fazilka at the Indo-Pakistan border in the Punjab region, a location on the border with Pakistan that may be subject to cross-border attacks by Pakistan-affiliated groups. Will Pakistan or its proxies be able to resist attacking such a key piece of infrastructure if India-Pakistan relations fail to improve?

For India, the best approach may be “wait and see” if the U.S. threatens sanctions against TAPI partners, whether the Taliban can prove they know how to govern and secure the country against the Islamic State and Al-Qaeda, and how serious is the announced Russia-Pakistan pipeline deal.

Where does this leave Turkmenistan?

It, too, should take it slow. It is no longer 2014, and it now has opportunities for increased swaps with Iran and Azerbaijan, and further opportunities with Iran may blossom if Tehran and Washington can secure a nuclear deal. The opportunity to connect to Europe via the TCP/SGC may present more revenue with fewer security concerns, or iffy partners like Pakistan and Afghanistan. Also, Washington needs to clear the way regarding sanctioned officials in Kabul, though the acting minister of defense, Mullah Muhammad Yaqub, who declared “I am directly responsible for and overseeing the security of the TAPI project” hasn’t been sanctioned by Washington…yet.

Washington might get behind TAPI in the wake of the recent deployment of Collective Security Treaty Organization peacekeeping troops to Kazakhstan, which has increased Russia’s clout in Central Asia. Increased revenue for Ashgabat that can be directed to services for its citizens may prevent the public unrest that gave Moscow an opening to intervene, and Turkmen leader Gurbanguly Berdimuhamedow may not need much convincing in this regard.

But it may serve Ashgabat well to ask Washington for a blanket sanctions exemption for all project principals and suppliers, and any government officials in the mix, to make it clear who bears responsibility if the project again fails to launch. If this happens, it will be a shabby way to treat ally India, and in Pakistan it will be interpreted as U.S. revenge against the country for supporting the Taliban.

The “push” of increased regional influence for Moscow and the “pull” of clean energy for ally India will hopefully make Washington green-light (or get out of the way of) the long-delayed project.

How Iran scuttled US energy pipeline plans in region