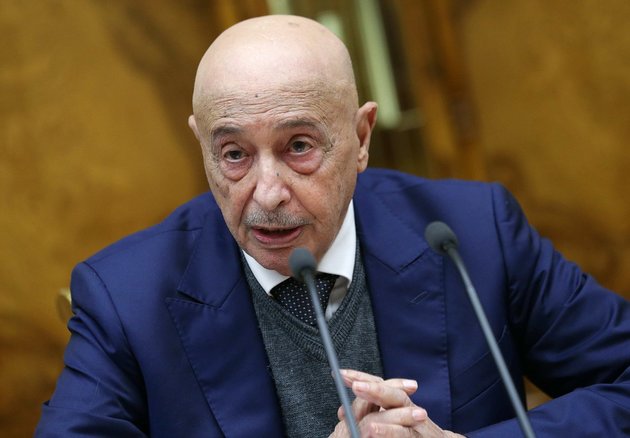 Libyan eastern-based military commander Khalifa Haftar said on Monday he had "a popular mandate" to govern the country, declaring a key political deal was over as he vowed to press his assault to seize the capital, Tripoli. The 76-year-old leader of the self-styled Libyan National Army (LNA) dismissed the 2015 United Nations-brokered agreement to unite the country as "a thing of the past". In a televised address, he also pledged to create a new government, Al Jazeera writes in the article Libya: World reaction to Haftar's termination of unity gov't deal.

The announcement came two weeks after forces loyal to the internationally recognised Government of National Accord (GNA) in Tripoli expelled Haftar's troops from several key cities in the country's west. World powers have reacted with alarm to Haftar's latest announcement, fearful that the move could see the country, already mired in conflict since the 2011 overthrow of longtime ruler Muammar Gaddafi, plunge into further chaos.

Libya's UN-recognised government accused Haftar of seeking to stage a new coup. "It's a farce and the latest in a long series of coups d'etat," the GNA said in a statement on Tuesday. "What the war criminal Haftar said was a coup on the democratic path, not new but a continuation of his failed coups and to cover up his repeated defeats." It said that Haftar "turned his back on the parallel political institutions that backed him and designated him" as head of the army.  The Tripoli-based government urged Libyans to join "a comprehensive dialogue and continue in the democratic path to reach a comprehensive and permanent solution based on ballot boxes".

Peter Stano, the EU's spokesperson for foreign affairs and security policy, dismissed Haftar's move as unacceptable, stressing that it would never provide a sustainable solution to the country's crisis. "Any attempt to push forward a unilateral solution, even more by force, will never provide a sustainable solution for the country. Such attempts can't be accepted," Stano said, adding that the 2015 Skhirat agreement signed under UN auspices "remains the viable framework for a political solution in Libya until amendments or replacements are found". The agreement, signed in Morocco following the emergence of two centres of power, set up the GNA in Tripoli to manage the transition process in Libya while acknowledging the Tobruk-based House of Representatives as the country's official legislature.

Berlin also expressed concern about Haftar's termination of the power-sharing agreement.  "In the German government's view, the conflict in Libya cannot be solved militarily and not through unilateral declarations either, but only through a political process with the participation of all regions and ethnic groups," a Foreign Ministry source, speaking on condition of anonymity, was quoted as saying by dpa news agency on Tuesday.  "For this, a ceasefire is first of all urgently needed."

Washington regretted Haftar's "unilateral declaration", calling for dialogue between the two sides and a "humanitarian" truce in light of the new coronavirus.  "The United States regrets ... commander Haftar's suggestion that changes to Libya's political structure can be imposed by unilateral declaration," a statement on its embassy's Twitter account said. "As civilians continue to suffer during the holy month of Ramadan and the COVID-19 pandemic threatens more lives, we urge the LNA to join the Government of National Accord in declaring an immediate humanitarian cessation of hostilities."

Russian Foreign Minister Sergei Lavrov, commenting on the statements of Marshal Haftar, said that at all stages of the settlement of the Libyan crisis, Moscow had stated that it was necessary to convince the conflicting parties to agree on what conditions they could solve the problems of their country, where the statehood was destroyed in 2011 by illegal aggression of the North Atlantic Alliance. ”We have always cautioned against attempts to impose on the Libyan parties documents and agreements written without their direct participation since the non-viability of this kind of approach has been repeatedly proven.

Now we are faced with a repetition of what has already been done in relation to the outcome of the Berlin Conference. When the final document was submitted for approval, Russian President Vladimir Putin specifically asked whether the conflicting parties support this document, primarily Haftar and al-Sarraj. We were told that this task would be solved subsequently. We warned that without the clearly expressed consent of the Libyan parties, there is little chance that these agreements reached among external players would be viable. Unfortunately, exactly this happened. But this does not mean that the conflicting parties must now make aggressive statements, announce any unilateral decisions and refuse to conduct an inter-Libyan dialogue.

We did not approve the recent statements of Sarraj, who refused to talk with Haftar. We do not approve the statement that now Haftar will decide unilaterally the way for the Libyan people to live. Neither of these factors helps to find a stable compromise, without which it is impossible to get out of this crisis,” Lavrov said. He also spoke about the statement that was made just the other day, but which attracted little media attention. The President of the Libyan House of Representatives, Aguila Saleh Issa called for a national dialogue, advocated that this dialogue should be aimed at the formation of common bodies of power in which the representation of three key regions of Libya would be evenly and equally ensured. “This is exactly what we have been talking about all these years: Libyans themselves must find generally acceptable approaches, to start a dialogue, and then to rebuild their new state. External players should strongly support such approaches. I hope the lessons learned from previous attempts will prove useful, and we will nevertheless advance in the direction of encouraging Libyans themselves to talk and find a compromise, "Lavrov said.

Later, Russian Foreign Ministry spokeswoman Maria Zakharova explained that Saleh called for a cessation of hostilities during Ramadan, the holy month for Muslims. She proposed a number of constructive ideas to bring Libya out of the protracted military-political crisis: the creation of unified authorities with the proportional geographical representation of three historical regions, development of a new constitution, and holding of presidential and parliamentary elections in accordance with it.

Smolenskaya Square believes that the ideas voiced by the President of the Libyan House of Representatives could form the basis of political discussions in the framework of the comprehensive Libyan settlement. “In comparison to the conciliatory tone of Saleh’s speech, the commander of the Libyan National Army Haftar spoke in a tough and uncompromising manner. In particular, he reiterated his intention to continue the military operation launched more than a year ago and to free Tripoli and the whole territory of Libya from terrorists. He also announced the transfer of power in the country to the military command,” Zakharova said.