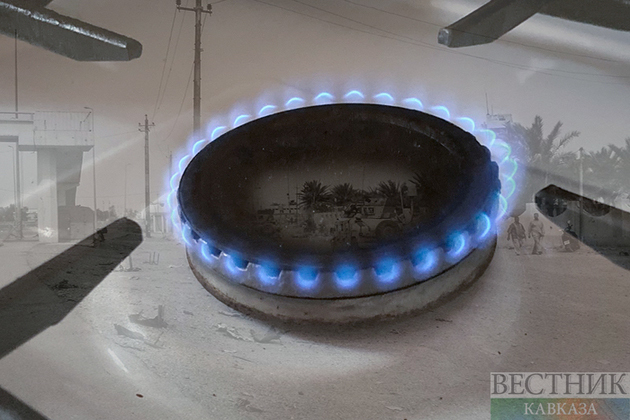 Iraqis have been facing power outages for more than 30 years, despite Baghdad being amongst the top 10 oil-rich countries in the world. Iraq plans on signing a deal with Qatar next month to import liquified natural gas (LNG) as it moves towards diversifying its supply to meet the population’s energy demands, Doha News writes.

Bloomberg reported that the plan was revealed by Iraq’s Minister of Electricity, Adel Karim in an interview on Wednesday. “We need the Qatari gas to fill in the shortage in the Iranian gas supplies,” said the Baghdad official. Karim added that US company Excelerate Energy Inc. may provide a vessel to receive and re-gasify the Qatari gas. Once liquified and cooled to -162C, the gas is loaded onto ships and later warmed back to its natural gas state.

In February, Kareem met with Qatar’s Minister of State for Energy Affairs Saad Sherida Al-Kaabi in Doha, where they discussed logistical issues to supply Iraq with gas through the Gulf state’s ports.

Reports from last year also stated that Iraq is planning to import gas from Turkey, Algeria, and Azerbaijan in a bid to boost its electricity production for over 40 million people.

Iraqis have been facing power outages for more than 30 years, despite Baghdad being amongst the top 10 oil-rich countries in the world. It is also OPEC’s second-largest producer after Saudi Arabia, with oil sales accounting for 90% of its revenues.

The country’s energy crisis has been attributed to decades of instability and corruption, which also impacted the country’s infrastructure. To date, Iraq is still recovering from the deadly 2003 US invasion, carried out under unfounded claims of the presence of weapons of mass destruction.

Electricity outages frequently occur during the scorching summer heat in Baghdad and the energy supply is insufficient. The electricity shortage has challenged Iraq’s health sector following the Covid-19 outbreak, where hospitals were overloaded with patients in a critical condition.

Iraq heavily relies on Iran for gas and electricity imports due to a lack in essential facilities to process gas into fuel. Last year, Iran was unable to provide Iraq with the gas quantities the two sides agreed on, contributing to its energy crisis.

Iraq’s energy minister is heading to Iran next week to resolve the issue pertaining the energy supply and sign a new agreement, as Iraqi media reported.

Baghdad’s recent plans to diversify its gas suppliers also come as it continues to face pressure from the US to reduce its dependency on Iran. With US sanctions in place, Iraq would have to bypass them to pay for its energy supply rather than directly paying Iran.

The sanctions were imposed on Iran by the US following the latter’s unilateral withdrawal from the Joint Comprehensive Plan of Action (JCPOA) in 2018 under the former Donald Trump administration. The US State Department had granted Iraq a sanction waiver last December for 120-days, enabling it to import electricity from Iran to meet its energy needs.