Resorts from the Maldives to Cuba suffer without Russian tourists 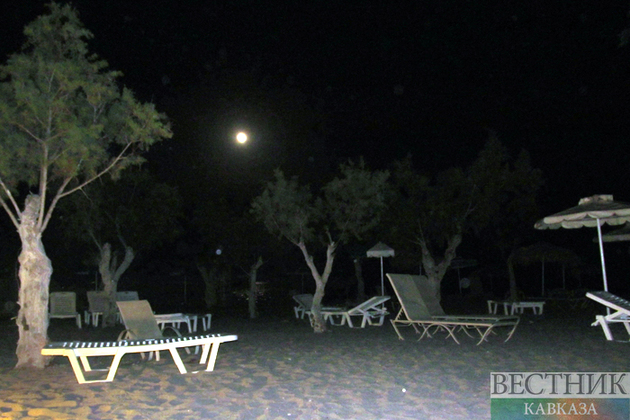 Still hurting from pandemic lockdowns, vacation spots were counting on the big-spending visitors until the Ukraine operation stalled travel.

According to Bloomberg, Nha Trang, a beach-blessed resort town on Vietnam’s east coast, is often dubbed by travel blogs as “Little Russia”—a tribute to high-spending Russians who used to splurge on vodka and borscht while staying in premium properties overlooking the warm sea. A few weeks ago, staff at the picturesque MerPerle Hon Tam Resort were in full swing, preparing to welcome more Russians in March after receiving virtually no foreign travelers for the past two years because of pandemic restrictions. “Then the conflict came,” says Tran Bao Doan, the resort’s general manager.

It was a huge blow. MerPerle Hon Tam, which also offers mud bathing and parasailing, had spent almost 1 billion dong ($44,000) upgrading facilities, buying more mud, planting trees, and expanding its restaurant menu. But as the operation in Ukraine started flights and countries imposed sanctions that left Russian-issued credit cards useless, many Russians canceled their trips. “This is something no tourism manager can anticipate,” says Doan, who estimates about half the resort’s visitors before the pandemic were Russians. “Such a decrease in revenue affects our ability to pay staff and maintenance fees.”

MerPerle Hon Tam’s predicament is being replicated in Russian tourist hot spots from Thailand to the Maldives to Cuba. For many, it’s come as a double whammy. Resorts, hotels, bars, and restaurants were already suffering from a dearth of Chinese tourists, who have effectively been locked in by the nation’s Covid-zero policies. Now Russia’s operation of Ukraine has destroyed any hopes of a near-term recovery.

As most of the world outside of China began to get on with living with the virus, Russians were fast becoming a common sight once more on the sun-soaked beaches of the Maldives and the holiday resorts in Varadero on the northern tip of Cuba. Typically among the biggest spenders anyway, they let loose after two lean years, staying for weeks at a time and saying “yes” to such extras as private dinners on the beach and tours of local cultural sites.

About 1.5 million Russians visited Thailand in 2019 and spent $3.3 billion, the Southeast Asian nation’s third-highest source of tourism revenue after China and Malaysia. Sri Lanka, itself struggling to avert a default amid a foreign exchange crisis, this year received about one-third of its visitors from Russia, Belarus, Poland, and Ukraine.

“The Russian operation triggered a collapse in the market for Russian outbound travel,” says Jennifer Iduh, head of research and development at the European Travel Commission. “The economic turmoil caused by sanctions is likely to have a significant effect on the appeal of overseas travel.”

Away from Asia, Russian visitors had become a lifeline for Cuba’s tourism industry, accounting for 41% of total visitors last year, according to the country’s National Office of Statistics and Information. That was a departure from previous years, when Canadian tourists dominated international arrivals.

The beaches of Varadero were particularly popular, and the absence of Russian visitors can clearly be seen. One-third of the 900 guests staying at the Hotel Sol Palmeras in late February were Russians, according to Diana Martin, a customer service representative at the resort. “The Russians were popular here because they would always bring medicine, chocolate, and gifts for the staff,” she says. “Most of them came in families and were very relaxed and laid-back.” With the cancellation of Russian flights and European airspace bans, many of the hotel’s Russian guests had to take charter flights home.

Along with Turkey—another traditional favorite of Russian tourists—top destinations included Greece, Spain, and the United Arab Emirates, based on forward bookings for the three months ending in May, data from travel analyst ForwardKeys show. Russian domestic travel could benefit from the fallout, but that depends on sanctions’ impact to the local economy, the European Travel Commission says.

A big obstacle for travel abroad is airspace closures and the inability of many airlines to fly over Russia and Ukraine, adding significant hours to flight times. Some die-hard tourists are using Dubai and other Gulf hubs to transit, and those spots remain a popular exit strategy for thousands of stranded Russians trying to get back from Thailand.

Seat capacity between Russia and Serbia also surged about 50% in the first week of March over preoperation levels, reflecting the number of Russians using Belgrade’s neutral stance regarding the conflict to engineer their trips.

The Maldives’ tourism ministry has consulted with the finance ministry and other stakeholders to assess the impact of the operation, according to Malaka Abdul Hameed, the ministry’s director of security and crisis management. Russia was the Maldives’ second-biggest source of tourists in 2021, after India.

Thailand, and particularly the island of Phuket, is another leading destination for Russian tourists. Signs in Russian are common around such towns as Karon on Phuket’s west coast, where Russians flock from November to March to escape the winter. Although Thailand only recently reopened to tourists, almost 153,000 foreigners came in February, with Russians the largest single group, at around 18,000. As the operation stretches into a second month, keeping them coming will be a challenge.

Laguna Resorts & Hotels Pcl, which runs a chain of high-end villas and lodgings in Phuket, has had to drop its prices and lay off staff due to the pandemic, Chief Executive Officer Ravi Chandran says. “We’re concerned, and it’s a big unknown,” says Chandran, whose publicly listed company is majority-owned by Banyan Tree Holdings Ltd. of Singapore. “We have to work on the premise that Russians won’t be coming back and have a backup plan.”

Chandran says the company is shifting to bring in more guests from countries including Germany and the U.K., as well as other places in Asia Pacific, such as Australia and India. He plans to hire off-site sales teams in those markets to attract tourists there within the next few months.

Nantida Atiset, owner of the Karon-based Katathani Collection, a group of eight properties, says occupancy rates at her resorts are expected to drop to 30% in the upcoming low season, from as high as 90% pre-pandemic, when Chinese tourists propped up the low season. “It will be very difficult for some hotels,” says Atiset. “We’re all competing for fewer tourists.”

As of mid-March, about 2,000 Russians were still stuck in Phuket, says Kongsak Koopongsakorn, president of the southern chapter of the Thai Hotels Association. Many have seen their return plans disrupted because of canceled airline service to and from Russia, while some have elected to prolong their stays in Thailand as the current situation plays itself out. There are challenges for those staying put: With American Express, Mastercard, and Visa blocking Russian banks from their payment networks, many are paying in cash or using China’s UnionPay platform. Some money-changers also now accept Bitcoin, according to Koopongsakorn.

The uncertainty has left local tourism operators wondering how they’ll fare without one of their most important tourist groups. “Some think the Russians will never come back and the Chinese aren’t coming,” says Bill Barnett, managing director of hospitality consultant C9 Hotelworks. “It’s a bit of a void.”

Where did Russians travel this summer?

Tourism industry: what was and what will be...