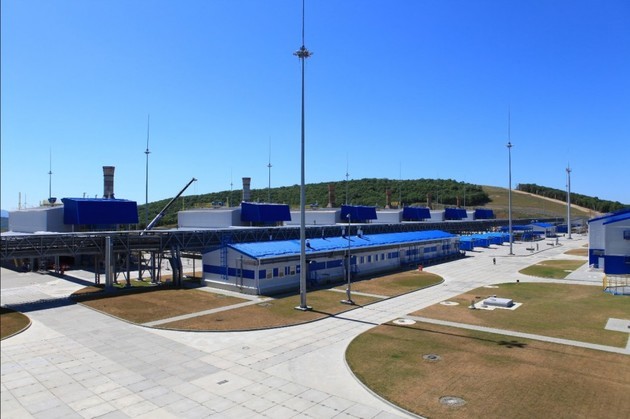 According to a statement issued by Gazprom Export, Russia will annually supply up to 5.75 billion cubic meters (bcm) of gas to BOTAŞ via the TurkStream pipeline for four years. The gas price within the scope of the newly signed deal has not been disclosed. “In particular, a new contract has been signed for the supply of natural gas to BOTAŞ starting from January 1, 2022,” the statement reportedly reads.

The four-year contract was signed as part of a meeting between Gazprom Export and BOTAŞ on December 30, 2021. This agreement replaced the previous one for the annual supply of 4 bcm of natural gas via TurkStream.

Meanwhile, the two companies have been already cooperating under the agreement signed in 1997. Back then, the companies entered into a 25-year commercial contract for 365 billion cubic meters of gas to be delivered to Turkey via the Blue Stream gas pipeline, which went into operation in late 2002. In just 15 years, more than 158 bcm of gas have been transported to Turkey via the gas pipeline.

In 2014, Gazprom and BOTAŞ signed a Memorandum of Understanding to build TurkStream, a new gas pipeline from Russia to Turkey. Commercial gas supply to Turkey through the pipeline started on January 1, 2020. The 930-kilometer (559-mile) gas pipeline from Anapa to Kiyikoy in northwestern Turkey has an estimated throughput capacity of 15.75 billion cubic meters (bcm) per year for each of its two lines, called strings. One string is designed to deliver Russian gas to Turkish consumers, while another is designed to supply gas to the countries of southern and southeastern Europe.

As one of the largest gas importers in Europe, Turkey increasingly depends on natural gas imports as its domestic consumption, especially in the electric power sector, has recently experienced significant growth. According to Turkey’s Energy Market Regulatory Authority (EMRA), in June 2021, Turkey’s total gas consumption increased by 70.2 percent to approximately 3.83 bcm, from around 2.25 bcm in June 2020. Consumption growth at natural gas power plants, which generated more electricity due to drought and lower hydro capacity, continues to boost imports.

Natural gas supplied from the Caspian Sea region's countries accounts for the largest share of Turkey’s imports, with Russia, Azerbaijan, and Iran being top suppliers.

Meanwhile, the world’s largest natural gas exporter, Russia, is the crucial gas supplier for Turkey. The two countries carry out gas trade through two major pipelines - the Blue Stream and the TurkStream. The annual transportation capacity of the Blue Stream is 16 bcm, while the TurkStream supplies nearly twice as much or 31.5 bcm per annum.

Last year, Russia’s energy giant supplied about 27 bcm of natural gas to Turkey, while in 2020, this figure stood at 15.6 bcm.