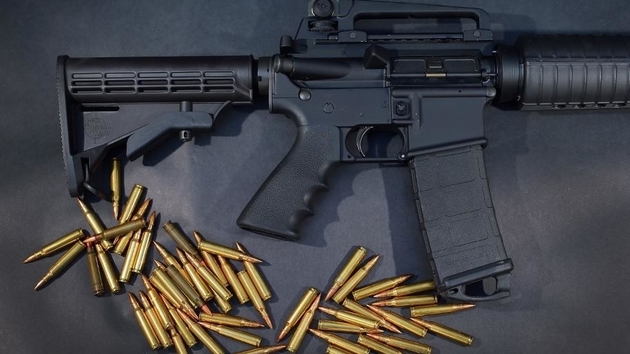 Worldwide major arms exports have increased on growing demand from countries in conflict, researchers in Sweden said Monday, with top exporter the United States widening its lead over Russia, France 24 writes in the article Global arms trade has increased with US as top exporter, report shows. Over the five years from 2015 to 2019, international arms exports grew by 5.5 percent from the 2010-2014 period, according to a report by the Stockholm International Peace Research Institute (SIPRI).

"Overall, arms transfers have increased... Amongst the arms importing countries, the demand is high and seems to even have increased a bit," Pieter Wezeman, senior researcher at SIPRI, told AFP. Shipments from the US grew by 23 percent, raising its share of total global arms exports to 36 percent.

Between 2015 and 2019, the US delivered major arms to 96 countries. Half of US arms exports went to the Middle East, and half of that to Saudi Arabia, the world's number one importer of major arms. The kingdom's arms imports jumped by 130 percent from the 2010-2014 period, and it was on the receiving end of 12 percent of global major arms transfers in 2015 to 2019.

The fact that so much heavy weaponry is exported to the Middle East is particularly "of concern", Wezeman said, as the region is experiencing "conflicts and tensions and potential further conflict escalation". The researchers also noted that despite "wide-ranging concerns" in the UK and the US about Saudi Arabia's military intervention in Yemen, both countries continued to export arms to Saudi Arabia.

Meanwhile, arms transfers from the second largest exporter, Russia, decreased by 18 percent, largely due to a drop in sales to India. "It's not necessarily very dramatic in the case of Russia. But still it's very clear and it also creates a bigger gap between the biggest one, the US, and Russia, the second," Wezeman said. Arms imports to India, which used to be the world's largest importer, decreased by 32 percent and imports by bitter rival Pakistan fell 39 percent. SIPRI researchers said both nuclear powers "have long-standing aims to produce their own major arms", but "remain largely dependent on imports." Exports of French arms saw one of the most dramatic increases -- up 72 percent from the five previous years -- putting France ahead of Germany as the third largest exporter in the world, with 7.9 percent of global exports. Over half of France's arms exports were to Egypt, Qatar and India, with deliveries of the Rafale combat aircraft to these countries accounting for nearly a quarter of total French exports.

The increase in arms exports follows a trend since the early 2000s, when arms transfers bottomed out after continually falling for a decade after the end of the Cold War.