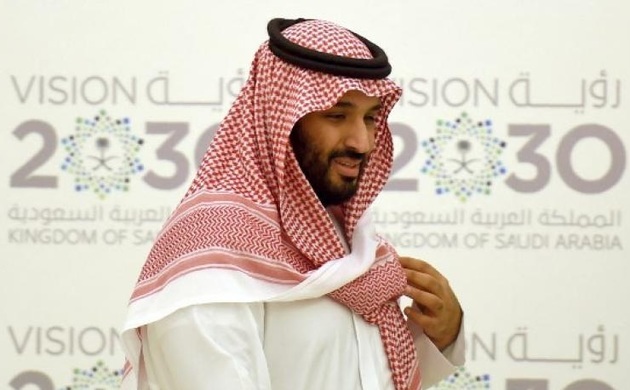 One of the world's largest weapons importers, Riyadh wants at least half of its arms purchases to be from local sources by the end of the decade. Saudi Arabia plans to hugely expand its modest arms industry over the next decade, but doing so amid low oil prices and a pandemic-battered economy could prove challenging for the kingdom. Earlier this year, Riyadh announced it would invest more than $20bn in its domestic weapons industry, with a 2030 goal of spending around 50 percent of its military budget on local sources, Middle East Eye writes. Building more weapons systems locally would naturally reduce Saudi Arabia's need to import the vast majority of its military hardware, munitions, and spare parts - as it does currently.

At present, the oil-rich nation is one of the world's single largest importers of military equipment. The kingdom's heavy dependency on the United States and western countries in particular for weapons systems can at times prove disadvantageous. The Biden administration, for example, froze billions of dollars in arms sales to Riyadh over its devastating war in Yemen and considered only selling it "defensive" weapons in the future. Nevertheless, the US is still actively helping the kingdom build up its defensive capabilities and supporting its efforts to localise manufacturing.

Shortly after Biden took office, Saudi Arabian Military Industries (SAMI) - a state-owned defence company - set up a joint venture with the US aerospace and defence giant Lockheed Martin, which, according to a SAMI statement, "will develop localised capabilities by transferring technology and knowledge, and by training a Saudi workforce in manufacturing products for, and providing services to, the Saudi armed forces". Lockheed is also helping Saudi Arabia set up a $15bn missile defence system as the kingdom comes under attack from Houthi missiles and drones launched from neighbouring Yemen.

In 2019, the US reached a co-production agreement with Saudi Arabia to manufacture key components of US-built Paveway "precision-guided" weaponry in the kingdom. As The New York Times reported, the deal "raised concerns that the Saudis could gain access to technology that would let them produce their own version of American precision-guided bombs".  "Saudi Arabia has made a lot of progress in building up its domestic arms industry, especially in terms of developing land weapons systems, electronics, and smart bombs," Emily Hawthorne, Stratfor's Middle East and North Africa analyst at RANE, told Middle East Eye. "But the goal of spending 50 percent of the kingdom’s military budget at home remains a distant, unlikely one."

Hawthorne pointed out the kingdom remained heavily dependent on foreign sources and imports for its "technologically advanced weapons, aircraft, and ships". "Riyadh has successfully been able to divert some money formerly earmarked for imports to developing domestic alternatives and has reaped the benefit in terms of Saudis employed, but the goal of going from two percent domestic spending in 2018 to 50 percent domestic spending by 2030 is unrealistic if Riyadh wants to maintain its capabilities and maintain an arsenal of the best equipment," she said.

Saudi Arabia's neighbour, the United Arab Emirates, has made some significant progress in the local development and manufacture of arms, mainly through its state-owned defence conglomerate, EDGE Group. EDGE recently unveiled locally built loitering munitions, also known as kamikaze or "suicide" drones. Its CEO also expressed the company's aim to become part of the fifth-generation F-35 Joint Strike Fighter programme's supply chain and even develop missiles for the US stealth fighter. "I think Saudi Arabia will be able to make progress similar to EDGE in terms of small arms, artillery, and in terms of boosting technological capabilities in the kingdom," Hawthorne said. But Riyadh "is still many years away from making the kind of connections EDGE has in terms of exporting those products to regional customers".

Kirsten Fontenrose, Middle East security director at the Atlantic Council, pointed out the kingdom was "undergoing a military transformation that is years in the making". The project has made "quite a bit of headway" thanks to the personal interest of Saudi Arabia's Crown Prince Mohammed bin Salman in the Ministry of Defence and the fact that "its day-to-day leadership is entrusted to KBS [Saudi Deputy Defence Minister Khalid bin Salman al-Saud]." The crown prince is eager to build a more robust defence production sector for the kingdom.

"For years now, Saudi Arabia has tried to drive hard bargains when purchasing high tech platforms, from the US as well as others like Russia - this is one big reason why we didn’t see Russian S-400 air defence missiles in Saudi Arabia - seeking to ramp up the ‘transfer of technology' whereby the selling company or country teaches the Saudis how to produce critical components of the system indigenously," Fontenrose told MEE.  "The success of a homegrown industry will depend on this."

Fontenrose added that Riyadh needed to successfully emulate EDGE and the UAE's rapidly growing local arms industry.  "In the UAE, the growth of EDGE has been catalysed by a strategy that begins with reaching back into the education system to academically prepare Emiratis to feed potential employees into the defence sector," she said. "That model is imitable if Saudi chose to go that route, but it's not instantaneous." "Of interest, looking at academic statistics in Saudi Arabia, should that happen, the majority of those future employees would be female."

The US is gradually drawing down its forces from the Middle East, including Saudi Arabia. Washington said last week it was cutting the number of troops and air defence units deployed to the Middle East, including Patriot defence batteries. It also said it was removing a THAAD anti-missile system from Saudi Arabia. The Saudi Arabia-led coalition in Yemen, however, said downsizing American military assets in the kingdom will not affect its defence capabilities. "This will not affect the Saudi air defences," coalition spokesman Turki al-Maliki told reporters on Sunday. "We have a strong understanding with... our allies about the threat in the region. We do have the capability to defend our country."

This development, coupled with the kingdom's general desire to lessen its dependence on foreign sources for arms procurement, are likely the main factors motivating Riyadh's ambitious 2030 defence project. Fontenrose said she believes the looming prospect of a US drawdown from the Middle East has undoubtedly "heightened the sense of urgency". She said the Saudis see the "need to quickly and tangibly improve its decision-making processes, acquisition processes, training programmes, and strategy formulation expertise in order to be better able to fill in the gaps that a US drawdown may create".

Secondly, the kingdom "shrewdly assesses that the best way to keep the US closely engaged is to make that engagement feel natural to the constantly rotating US personnel assigned to the Saudi file. To this end, they recently stood up the office of an Assistant Minister of Defence for Executive Affairs, the first civilian oversight office responsible for military and defence policy". By later this year, Saudi Arabia plans “to begin restructuring its military to reflect the US model of Service Staffs and Unified Geographic Combatant Commands", she said.

Meanwhile, Hawthorne said the Saudi goal for self-sufficiency was "related to the kingdom's dependence on foreign sources of weapons overall, not just on US arms, as well as the government's desire to employ more of its population in technologically advanced and well-paying jobs". "Saudi Arabia's calculations regarding its need to be self-sufficient depend heavily on the risk of conflict with Iran," she said.

United States sells $1.1 billion worth of arms to Saudi Arabia