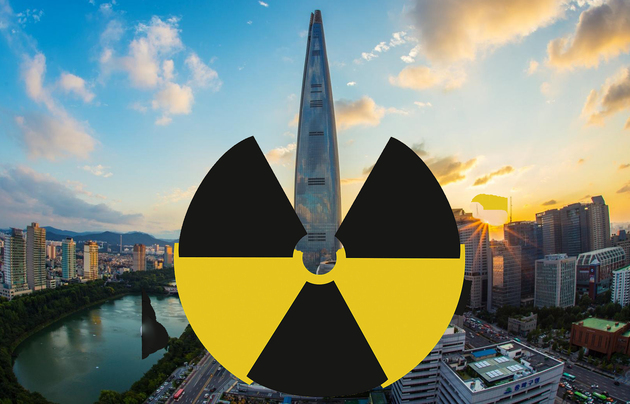 Almost as quickly as South Korean President Yoon Suk Yeol mentioned last week that his nation might need to acquire nuclear weapons, his office clarified that he had no plans to actually do so, Bloomberg reports. The US also batted away questions from reporters about the remark, with National Security Council spokesman John Kirby reiterating South Korea’s clarification, while saying the two nations are moving forward on “improvements in extended deterrence capabilities.”

But as much as the two governments don’t want to talk about it, Yoon’s comment — given in an official policy briefing on Jan. 11 to South Korea’s defense and foreign ministries — shows underlying tensions between the longstanding allies over how best to respond to North Korea’s rapidly improving nuclear capabilities. Kim Jong Un tested a record number of ballistic missiles last year and recently vowed an “exponential increase” in the country’s atomic weapons.

While Yoon may be aware that a push for atomics weapons would risk a crisis in the alliance and sanctions that jeopardize the nation’s civilian nuclear program, accelerating the debate allows him “to pressure the US to provide more concrete, strengthened security assurances to Seoul,”

said Soo Kim, a former CIA Korea analyst who is now policy practice area lead at US-based management consulting firm LMI.  “I don’t think Yoon expects the US to be on board in the immediate timeframe with a nuclear South Korea,” she said. “But floating the idea, drawing attention to the increasingly dangerous security situation in the region, and bringing the US to the realization that the current approach will be untenable for both Seoul and Washington’s security and interests may be the preliminary step.”

Unlike Japan, another American ally that relies on the US’s nuclear umbrella for protection, the South Korean public is more open to nuclear weapons. In a survey last year by an affiliate of Seoul National University, a record high 55.5% of respondents supported a home-grown nuclear program — up about 10 percentage points from 2021. Yoon needs to address public support for greater security but is aware of the risks that pursuing nuclear weapons would pose to ties with the US, according to a person familiar with the South Korean government’s thinking. The person, who asked not to be identified discussing private deliberations, said South Korea has avoided discussing the idea in formal consultations with the US for fear of putting new strain on the relationship.

South Korea can also make nuclear weapons quickly if it wanted to, as Yoon pointed out last week, given it already has the missiles, nuclear material and engineering know-how. But the costs of formally withdrawing from Treaty on the Non-Proliferation of Nuclear Weapons would be enormous.

“If South Korea went at it full-scale, applying the considerable weight of its scientific and industrial might, it might be able to produce nuclear weapons within about two years,” said Mark Fitzpatrick, who has written a book on possible entrants to the nuclear club called Asia’s Latent Nuclear Powers.  “Adamant US opposition would be a major impediment, which is why South Korea has forgone the nuclear option, not to mention the damage to its status as a non-proliferation ‘good guy’,” said Fitzpatrick, an associate fellow with the International Institute for Strategic Studies. “Sanctions would be piled on opprobrium.”

A State Department spokesperson, speaking on customary condition of anonymity, said the Yoon administration has made clear it’s not pursuing a nuclear weapon. The US is stepping up deployment of strategic assets to make sure extended deterrence meets current threats, the spokesperson said.

One immediate casualty would be South Korea’s energy security.

Yoon aims to have nuclear plants account for almost one-third of generation capacity by 2030 as a key tool to zero-out greenhouse gases. He touted atomic energy throughout his presidential campaign and has called for building more reactors — a reversal of the anti-nuclear policies of his predecessor, Moon Jae-in.

Yoon’s government is planning to build four more nuclear reactors by 2030 and extend the life of 10 older units. An inability to make that a reality would make South Korea more reliant on coal and liquefied natural gas, and perhaps prompt it to develop a costly uranium mining industry to keep supplying material for its existing plants.

“Since most of the uranium producers are parties to the NPT, it will have tremendous difficulties to acquire necessary uranium,” said Olli Heinonen, a distinguished fellow with the Stimson Center think tank in Washington who has served as the deputy director general of the International Atomic Energy Agency, the UN’s nuclear watchdog. He saw Yoon’s comments more as a pressure tactic to allow Seoul to have a greater say in managing the US nuclear deterrent.

At the start of the year, Yoon said his government was in talks with the US on taking a more active role in managing nuclear weapons on the Korean Peninsula, which would mark a significant shift in a decades-old policy among American allies to deter North Korea. He drew pushback from Washington, which downplayed the suggestion and said two nations weren’t discussing joint nuclear exercises because South Korea is a non-nuclear weapons state.

Yet at home, Yoon faces pressure to reassure the public he’s doing everything possible to protect against North Korean aggression. South Korea successfully test-fired a submarine-launched ballistic missile in 2021, joining a small list of seven other countries to demonstrate the technology, even though it’s the one not to have a nuclear warhead.

South Korea once considered a nuclear program in the late 1970s under authoritarian President Park Chung-hee, declassified US documents showed. Park abandoned the plans under US pressure.

The stakes are far higher now with China, Russia and North Korea adding to their arsenals. A nuclear arms program in South Korea could lead to calls for a similar program in Japan and in Taiwan, which have the expertise to develop a program on their own. While the Biden administration would argue that “extended deterrence” is enough, South Koreans would worry that North Korea’s nuclear-armed intercontinental ballistic missiles would deter the US similar to how Russia’s atomic weapons are stopping NATO from getting directly involved in Ukraine, said Frank von Hippel, a senior research physicist and professor of public and international affairs emeritus  with Princeton’s Program on Science & Global Security.