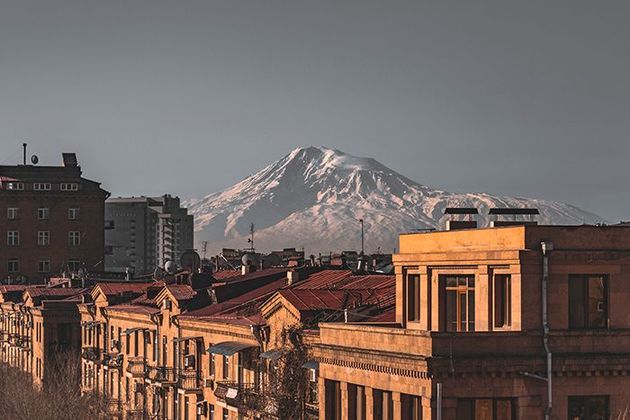 The parties decided to complete the formation of the expert subgroups by February 2 and hold their first meetings by February 5. The next meeting of the trilateral working group will also take place in Moscow. 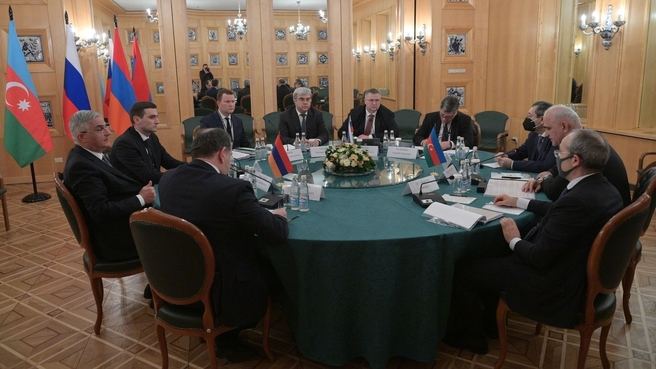 If Armenia joins a six-country regional platform, she will benefit from regional opportunities, reach economic stability and its dependence on the West will decrease, which will be favorable for Russia, experts said Friday, Anadolu Agency writes. Countries in the region supported Turkish President Recep Tayyip Erdogan and his Azerbaijani counterpart Ilham Aliyev’s request to join the platform that includes Russia, Turkey, Azerbaijan, Iran and Georgia, as well as Armenia, if it accepts. “The six-country platform is an enterprise that will provide a win-win opportunity for everyone. If Armenia joins this process and takes positive steps, Turkey-Armenia relations can have a new turn,” said Erdogan. “Undoubtedly, Armenia’s gains will increase considerably as new opportunities emerge.”

The six-country platform will contribute greatly to stability and development in the region. Muhittin Ataman, a faculty member at the Social Sciences University of Ankara said Turkey and Azerbaijan’s roles in the Caucasus increased after the victory in the Nagorno-Karabakh region. “There is no problem of cooperation in terms of politics, economics or security. In case Armenia, which does not have a coast, is not involved in the six-country platform, it will be her loss,” Ataman said. Underlining that the Armenian diaspora has been harming Armenia for 30 years, Ataman said, “The diaspora instrumentalizes the Armenian state for its own goals and to influence the politics of countries where they live. The diaspora in Western countries is living through Armenia's victimization.” He noted that the platform offers Armenia an opportunity for normalization.

“Armenia is very similar to Israel. In a sense, the occupation of Karabakh was like the occupation of Palestine. More importantly, Armenia is a state with no clear borders, like Israel,” he said. “Armenia presents an image as if she demands territories both from Azerbaijan and Turkey. Thus, she puts herself in a state of war and this will definitely prevent her normalization in this region.” He noted that the two main terms that Armenia needs to accept if she becomes a part of the platform are retreating from lands that she occupied and officially acknowledging her borders. Ataman indicated that if Armenia joins, she will be able to benefit from already relations between Azerbaijan and Turkey. “Definitely Armenia will have economic stability and economic prosperity will be possible. Consequently, she will be in a position to benefit from all regional opportunities. Normalization in Armenia’s relations with Azerbaijan and Turkey will decrease Armenia’s dependence on the West, and that will be a favorable situation for Russia,” he added.

Hazar University academic Telman Nusretoglu said cooperation between Turkey and Azerbaijan created a new geopolitical power in the South Caucasus. He said Armenia is the biggest obstacle before the cooperative atmosphere that can be established in the region due to her aggressive approaches as well as her hostile attitude toward Turkey and Azerbaijan.

Ege University International Relations faculty member Aydin Ibrahimov said Armenia does not have an option but to join the platform. “Armenia must take a significant step to join the platform. If she takes this step, she can have the chance to open new pages in her relations with Azerbaijan and Turkey.” Reminding that the Russian Foreign Ministry announced a trilateral negotiation joined by Armenia and Azerbaijan to be soon held, Ibrahimov said, “The negotiation between Russia, Azerbaijan and Armenia will be about opening railroads from Nakchivan to Baku and from Armenia to Russia. Armenian Prime Minister Nikol Pashinyan leans toward it. But the opposition and the Armenian diaspora object to all sorts of agreements with Turkey. Western countries will want to use Armenia against Russia, Azerbaijan and Turkey.” Ibrahimov noted that in case Armenia does not step back in terms of borders, continues its aggressive policies and does not recognize Azerbaijan’s territorial integrity, it might be difficult for Armenia to join the platform.