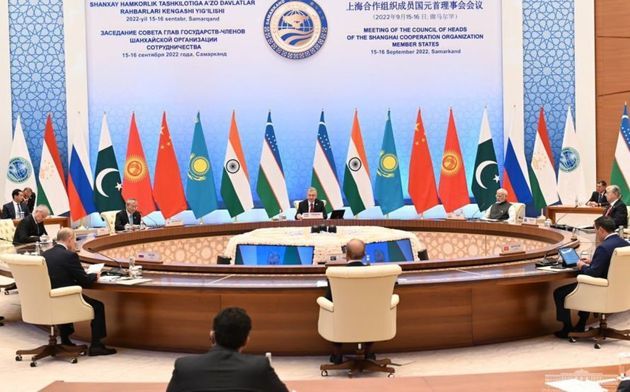 There are marked differences in the mission and vision of the U.S.-dominated North Atlantic Treaty Organization (NATO) and Shanghai Cooperation Organization (SCO). The former believes in power projections and military interventions to force the sovereign nations succumb to its dominance and to abide by the American-ordained governance system, CGTN reports. Released in July, the aggressive tone of the NATO 2022 Strategic Concept sought to divide the world and destabilize international peace by calling Russia the "most significant and direct threat" to the alliance's peace and security and alleging China's "stated ambitions and coercive policies" challenge its interests, security and values.

Standing in sharp contrast, the SCO is not an anti-American, anti-European or anti-global organization. A creative amalgam of developing and emerging economies – representing roughly 60 percent of Eurasia, half of the world population and 30 percent of global GDP (gross domestic product) on purchasing power parity – doesn't believe in political or military interventions and to focus on security and economic cooperation to inject more momentum to the international economy and stability.

NATO was a military alliance built against Russia. Once the coalition lost a cohesive force that could unite member states in the absence of an adversary; French President Emmanuel Macron in 2019 called it a "brain-dead," emphasizing terrorism was its "common enemy."

Still, the U.S. took no notice of one of its key affiliates and is trying to reestablish its relevance by fueling the flames of war in Ukraine. But the motive to exploit the Russia-Ukraine conflict to its advantage is thwarted by widening internal divisions as NATO member states disagree over policy toward China and Russia.

The SCO has no military ambitions against any state or intent to impinge on the independence of any nation; the Eurasian grouping has historically limited itself to forging a consensus on fighting extremism, terrorism, separatism and transnational threats. The organization, unlike NATO, hasn't ever engaged in actual military, anti-terrorist or even peacemaking operations.

In 2017, Pakistan and India became full members of the SCO. Their inclusion contributed to regional stability, since the SCO brought together two regional rivals on a single platform. In October, Pakistan is likely to participate in counter-terrorism drills under the SCO Regional Anti-Terrorism Structure in India. The rare opportunity gives Islamabad and New Delhi a chance to calm matters down and improve coordination for regional peace.

Clashes between the forces of Kyrgyzstan and Tajikistan on contested border areas are not new. It was important the leaders of the two sides agreed in a meeting in Uzbekistan on a troop pullback and lowering the temperature. So is the case with Armenia and Azerbaijan, which have gotten embroiled in a decades-old dispute in the Nagorno-Karabakh region. They negotiated a ceasefire to bring an end to the flare-up. By drawing the leaders of contending countries near each other, the SCO could defuse such unwanted tensions and promote peace.

Linking the bilateral territorial disputes to label the SCO as a "Rogue NATO" or anti-NATO cannot blunt the significance of the organization. The organization doesn't intervene in bilateral disputes; as it facilitates engagement between the fellow states by providing a forum to peacefully hold consultations on issues they are willing to discuss. This instrumental contribution to peace deserves special commendation.

NATO asserts it is a defensive alliance and poses no threat to any country. Yet the organization's encroachment on the sovereignty of the Asian nations, such as the U.S.-led invasion of Iraq in defiance of international law, rebutted its claims outright. Washington, on the other hand, coerces its transatlantic allies to spend 2 percent of GDP to exercise America's dominance on the world.

The SCO doesn't require members to raise their respective defense spending or arouse pro-war sentiments against other countries. It is more diverse than NATO for the Eurasian alliance pursues peace, security and stability; jointly countering challenges and threats; and strengthening trade, economic, cultural and humanitarian relations in the region.

China or the SCO isn't anti-Western; either of the two opposes an anti-peace approach of political and military interventions and discriminating economic policies that seeks U.S. supremacy in Asia and around the world.

Against the backdrop of the growing geopolitical paradoxes practiced by Washington to stoke regional conflicts, the concept of the "Shanghai Spirit" encourages all countries to respect territorial integrity, sticking to the principle of non-interference and teaming up for peace, shared growth and common development.

The organization's mission and vision of peace and prosperity for all has drawn interest from all parts of Asia, including the Middle East and North Africa join the SCO with Iran signing the memorandum of commitments to become a SCO member. The inclusiveness of the organization; its ability to act as a bridge among regional states and the geographic proximity of the member states holds the potential to better integrate Eurasia to drive growth and thwart security challenges.