The end of the Armenia's post-revolution honeymoon 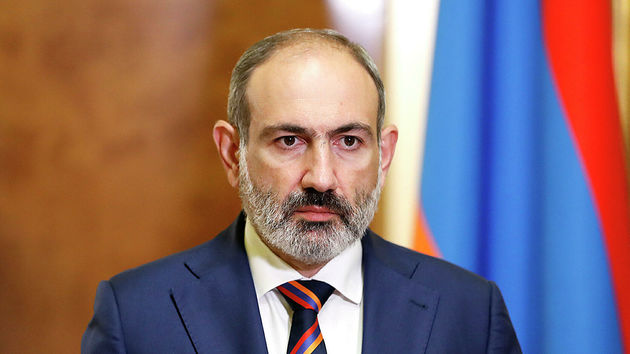 Since the impressive victory of Armenia’s non-violent ‘Velvet Revolution’ in 2018, the early euphoria and enthusiasm in support of Armenian Prime Minister Nikol Pashinyan has waned considerably. As International Politics and Society writes, after posting gains in democratisation, capped by a long overdue free and fair election in December 2018, the Armenian government embarked on a popular campaign to combat corruption.

But Prime Minister Pashinyan overreached, launching an effort to not only reform but also reconstitute the court system. Amid the so-called ‘court crisis,’ Armenia was then overwhelmed by the onset of the Covid-19 pandemic in March 2020, which quickly expanded from a public crisis into an economic disaster. Against that backdrop, the unexpected loss in the war for Nagorno Karabakh by November 2020 triggered an unprecedented political crisis in Armenia, with democracy under assault, reform imperiled, and the political fate and future of the Pashinyan government now very much in question.

The Nagorno Karabakh conflict has both defined the political discourse and driven the development of modern politics in Armenia.  As a conflict that first erupted in the waning days of the Soviet Union, the Karabakh issue predates modern Armenian independence.  And for every Armenian government since independence, Nagorno Karabakh has served as a fundamental pillar of politics.  The relevance of the Karabakh conflict has not only shaped the development of Armenian statehood but, under previous Armenian governments, has also fostered shortcomings in democracy and tolerance for corruption, often excused by a dubious justification based on the imperatives of wartime national security.

The long shadow of Karabakh

Given the role of the Karabakh conflict as a foundation for Armenian politics, the unprecedented defeat in the war for Nagorno Karabakh has forced Prime Minister Nikol Pashinyan into new and unchartered political terrain. Moreover, since an unprecedented military defeat and unexpected loss of territory that included significant parts of Karabakh in November 2020, the Armenian government faces a lingering political crisis that only continues to reverberate throughout Armenian society.

The domestic political challenge to the government, with calls for Prime Minister Nikol Pashinyan to resign, is both less and more than it seems, however. On the one hand, the political vulnerability of the Pashinyan government is neither as serious nor as significant as recent developments suggest – for two reasons. First, despite the initial shock of the Prime Minister’s acceptance of a Russian-brokered agreement that ended the war with an Armenian capitulation, demonstrations against the government have been largely ineffective.

And despite the frustration and shock over Armenia’s defeat in the war, the political opposition remains deeply unpopular and widely discredited. In a display of desperation over determination, the opposition’s attempts to leverage dissent and discontent into street protests have failed, both in terms of much fewer demonstrators and with a lack of any alternative policy position. The opposition’s stubborn reliance on outdated tactics and maximalist demands for the resignation of the democratically elected government and the appointment of a transitional government selected by the opposition are impractical and implausible. Against this backdrop, even the need for a snap election is not enough to either satisfy the opposition or to salvage their unpopularity.  Many still see the disparate opposition as driven more by its own self-interest than any defense of national interest, effectively just pursuing a campaign to regain power.

Moreover, a second reason that the political challenge is less acute lies in the absence of any credible rival or alternative to Pashinyan. In fact, Pashinyan had no choice and little alternative but to accept the Russian agreement. It was the only feasible way to save lives and salvage what remained of Nagorno Karabakh. In this context, the fall of Shushi, the second largest city in Karabakh, came to be the turning point, making any further fighting unsustainable and risking the complete loss of Karabakh.

Nevertheless, although the threat from the political opposition may be insufficient to force the resignation of the Prime Minister, the political future of the Pashinyan government is certainly an open question. The weakness of the government’s position is driven by two broader factors.  First, Pashinyan has become increasingly stranded in unchartered political waters, as no political leader or party has ever faced the challenge of governing without the essential element of domestic discourse and public policy. Second, and somewhat ironically, the political fate and future of Prime Minster lies more in his own hands than in the actions of the opposition. More specifically, Pashinyan’s rather reckless and impulsive style of leadership has done more to undermine his standing than anything that the opposition has done or said.

Although determined to resist demands for his resignation, Prime Minister Nikol Pashinyan has sought to diffuse the crisis. His initial response, consisting of a sweeping dismissal of six cabinet ministers followed by the presentation of a six-month ‘action plan’ of policy measures, was largely dismissed as doing little to demonstrate accountability.

As the crisis continued, however, the Pashinyan government slowly began to accept the need for a snap election. This belated acknowledgement means a contest later this year, to replace a parliament more than two years before the expiration of its mandate. Thus, with a lingering political crisis only exacerbating a deepening political polarisation, the necessity for a new election stands out as the most constructive way to resolve the dissent and division.  And a fresh mandate from a new parliamentary election would be based on the recognition that the political landscape has changed dramatically.

By seeking a fresh mandate, the government is expected to secure a reduced, but still working majority of seats in the new parliament. For the opposition, the snap election will be a challenge, as they face a difficult time in garnering any significant number of seats given their lack of popular standing and their failure to offer any alternative policies. In that context, the strength of the government’s position is driven as much by the lack of any credible rival or political alternative than by any deep appeal or support, however.  Thus, Armenia is now poised to enter a new period of politics, as both the beginning of the end of Armenian politics defined by the past narrative, and as the end of the beginning for the early euphoria of support for Prime Minister Nikol Pashinyan and his embattled government.