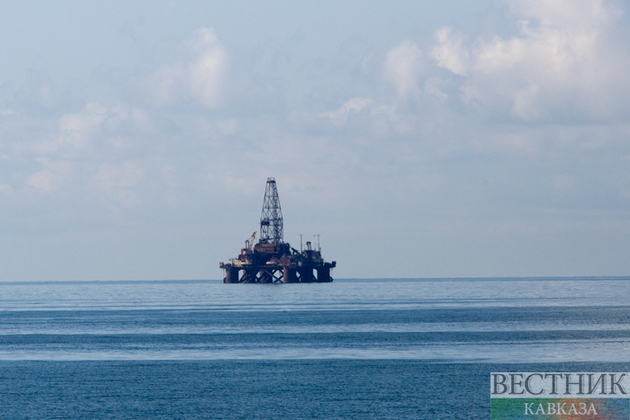 Türkiye’s newest drilling ship has started the search for oil and natural gas in the Mediterranean Sea, the country’s energy minister said Wednesday, over a week after it was sent off on its first mission. The latest and the most advanced undersea hydrocarbon drillship in the country’s fleet, Abdülhamid Han will carry out explorations at the Yörükler-1 well, about 55 kilometers (34 miles) off the coast of Gazipaşa, in Antalya province, Daily Sabah writes.

Energy and Natural Resources Minister Fatih Dönmez voiced hopes the search in the Eastern Mediterranean would result in discoveries similar to those in the Black Sea, where Türkiye discovered a natural gas reserve with a volume of 540 billion cubic meters (bcm). “We are determined to follow up on the happy news from the Black Sea with new good news in the Mediterranean this time,” Dönmez wrote on the social networks on Wednesday. “With the sweat of our engineers and the prayers of our nation, may the fate of our ship be good and its drilling fruitful.”

The spot northwest of the island of Cyprus in the Eastern Mediterranean is outside waters claimed by the Greek Cypriot administration. Addressing the launching ceremony on Aug. 9, President Recep Tayyip Erdoğan Erdoğan brushed aside the Greek and Greek Cypriot administrations' objections to such drilling missions and said Türkiye has the right to search for energy in its own areas. “Our exploration and drilling in the Mediterranean is within our own sovereign dominion,” he said. “We don’t need to seek permission or ratification from anyone.”

Türkiye has not sent a vessel to the Eastern Mediterranean since the withdrawal of the Yavuz drillship in September 2020. Having arrived at the site last Wednesday, Abdülhamid Han will carry out its exploratory mission for two months.

Equipped with seventh-generation advanced technology, Abdülhamid Han weighs 68,000 gross tons and can drill down more than 12,000 meters (39,000 feet). It is one of five seventh-generation drilling ships globally. It has a tower height of 104 meters and a crew capacity of 200.

The 238-meter-long and 42-meter-wide vessel is the largest and most technologically advanced deep sea drilling ship in Türkiye’s survey and exploration fleet. Türkiye’s other drillships – Fatih, Kanuni and Yavuz – are operating in the Black Sea. All four ships are named after Ottoman sultans.

The Sakarya gas field, located around 150 kilometers off the country’s coast in the Black Sea, is home to Türkiye’s largest-ever natural gas discovery. The first pipes for the underwater pipeline network that will transport gas onshore were laid in June. The first section was connected to the seabed from the port of Filyos in the northern province of Zonguldak.

The government says the pipeline that will connect the wells in the field to the processing facility will start pumping the gas as of the first quarter of 2023. More than 60% of the pipelaying on the 170-kilometer-long deep seabed has been completed. The remaining works are expected to be completed by the end of next month.

Türkiye is still highly dependent on imports to cover its energy needs, whose price has rocketed following Russia’s special operation in Ukraine.

Last year, 45% of the gas used in the country came from Russia and the rest from Iran and Azerbaijan.