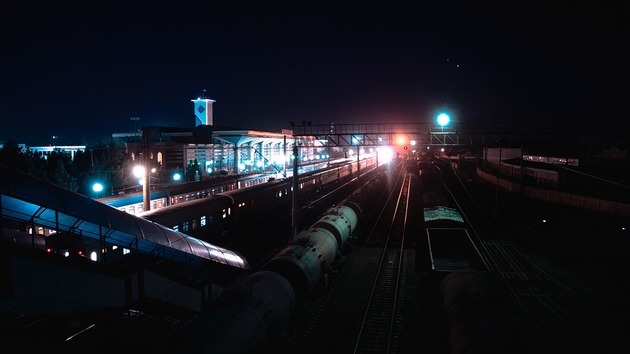 When the economies of other Central Asian nations are struggling, the rating agencies have upgraded Uzbekistan due to its external and fiscal buffers. Factors contributing to a higher growth rate than its neighbors are gradual fiscal consolidation, continuing access to external financing, and reforms in agriculture, construction, and industrial sectors, UK-based analyst Zaki Shaikh writes for Anadolu Agency.

According to budget estimates, gross domestic product (GDP) in 2022 is expected at $74.2 billion with a per capita income of $2,100, with the real growth rate of the economy projected at 5.9%.

The government is reconsidering its investment policy to expand the number and scope of special industrial zones to accelerate the implementation of projects. Among the slew of measures taken in the context of COVID-19 fall out on the economy that Shukhrat Vafaev, Uzbekistan’s deputy minister for foreign trade and investments vowed to recover the economy including providing employment support as well as liquidity to businesses.

Fitch Ratings predicted Uzbekistan’s economy to expand to 6.2% as accumulative figures get compiled for 2021. They also predicted that in 2022-23 growth will maintain strong momentum, to average around 5.7%. as authorities in Tashkent continue spending funds on investment, health, and education. A gradual fiscal consolidation is anticipated with the overall deficit reaching 4.3% of GDP in 2022 and 3.8% in 2023.

The Central Bank of Uzbekistan is developing policy instruments to improve policy transmission, but this remains constrained by high inflation expectations, dollarization, shallow capital markets, and a still high share of public-sector-funded credit on preferential terms.

Those factors which helped Uzbekistan to improve its positive rating included significant improvement of governance standards, improvement in rule of law, accountability, regulatory quality, and control on corruption.

Economic success will depend on improved global economic conditions and progress made on structural reforms for increasing private sector growth, reducing state dominance in the economy, and improving economic inclusion.

The manufacturing, transportation, and storage subsectors -- which together account for 20% of GDP -- witnessed relative slowing down. In the fourth quarter, signs were broadly positive as industrial production picked momentum thanks to increased mining and quarrying output, besides accelerating natural gas production.

An increase was noted in retail trade. In late November, Uzbekistan received a Russian loan worth $798 million for investment in a copper refinery, which is expected to boost up the mining sector ahead.

Uzbekistan authorities have managed to wither the pandemic relatively well which may permit them to make a strong economic recovery. The timely and forceful actions to save lives and livelihoods did save the country from any catastrophe. But due to food and commodity price pressures inflation, remains high as reflected elsewhere in the region too.

In 2021 total exports were $16.5 billion, an increase of about $1.3 billion compared to 2020. New projects worth $12.4 billion were launched at the national and district level. While net tax receipts from products and export-import operations amounted to 7.4%, the added value in the projected gross domestic product amounted to 92.6% of GDP, with the largest share of value (35.8%) contributed by the service sector. Industries will bring 25.9%, and construction 6.3%, followed by agriculture, forestry, and fisheries making a combined contribution of 24.7%. The expected real growth was 8.1% in construction, 7.0% in industry, 6.5% in services, 3.1% in agriculture, forestry, and fisheries.

The government in neighboring Tajikistan has declared 2022-2026 as "years of industrial development", to focus efforts over the next five years to attract investments that could help the country produce value-added products. Considering that the country’s population will reach 11 million by 2026, it is necessary to retain economic growth of at least 7% by creating more than 870 industrial enterprises, to bring the industries' share in the GDP to 26% and to enable doubling the country's exports, President Emomali Rahmon said while addressing parliament.

Tajik farmers managed to increase production by almost 6% over 11 months of this year. The main driver of growth has been the mining industry as about 93% of the production relied on metal ores, the extraction of which has increased. The industry's growth in recent years has been driven by gold mining conducted mainly by Chinese companies.
According to official data, about 40% of Tajikistan's exports in 11 months of 2021 were precious metals. These products were sold for about $ 710 million, and the country's total exports amounted to $ 1.8 billion.

Tajikistan made steps towards the restoration of economic activity with measures such as attracting domestic and foreign investments. Another positive factor is the resumption of remittances of Tajikistani laborers working outside. The remittances have increased in the first three quarters by 5.6%, amounting to about $ 1.2 billion.

The cost of transport fuel has increased, pushing the prices of goods and services. A sharp increase in demand for energy has also contributed to a high level of inflation. Tajikistan has agreed to proposals to pool the power generation resources of the countries of Central Asia. Sherali Kabir, minister of industry and technologies said that in 2022 Tajikistan will return to the joint energy system of Central Asia as preparations continued to restore the energy pool. The minister hoped that after the launch of the Roghun Hydro Power Dam, it will be possible to considerably improve the energy market for effectively addressing the electricity shortage in some parts of the Central Asia region.

Tajikistan's economy remains highly vulnerable to fluctuation as it depends on the remittances which support the population’s consumption and finances the huge import bills. Factors such as limited domestic production and high dependence on imports keep the economy vulnerable to external price fluctuation, especially of fuel and food products.