US and NATO responded to Russia. What's next? 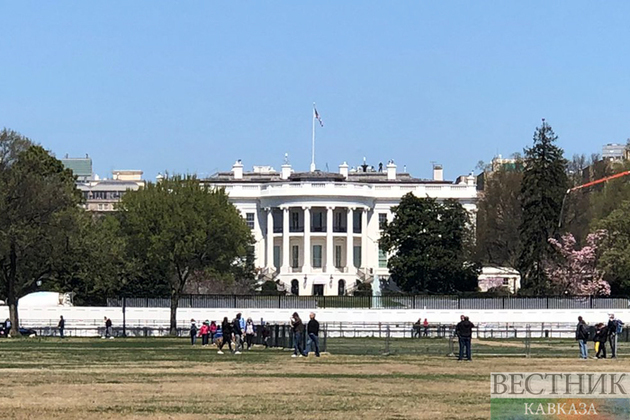 Russia has received a long-awaited response from the US and NATO to its proposals for security guarantees. The Americans and NATO members handed them over in writing, but did not publish the documents themselves. They also ask the Russian Foreign Ministry not to do this.

At the same time, it is possible to draw some conclusions about Western intentions from US Secretary of State Antony Blinken and NATO Secretary General Jens Stoltenberg separate statements. Firstly, what is clear is that not only Americans and Alliance officials worked on the US and NATO response, but Europe and even the Ukrainian leadership. This is a coordinated response from the West and Ukraine. US President Joseph Biden was personally involved in the development of the responses.

Furthermore, Blinken and Stoltenberg stated at the briefings that NATO leaves "doors open" for new members. Accordingly, the West, most likely, will not give guarantees that Ukraine will not join the Alliance and that NATO will not expand, as Moscow demands. "We will not compromise on fundamental principles. This also applies to the right of any country to join NATO," Stoltenberg said.

Secondly, NATO and the United States will not refuse to support Ukraine and intend to supply it with new weapons, as well as finance it. Recently, the European Union has approved the allocation of more than a billion euros to Ukraine, and the Germans, who are already supplying weapons, send five thousand helmets to Ukraine. In addition, Stoltenberg demands that Russia "withdraw its troops from Georgia, Ukraine and Moldova." It is proposed, in fact, to "surrender Donbass" to Kiev, withdraw recognition of the independence of South Ossetia and Abkhazia and agree to the reunification of Transnistria with Moldova. Washington and Brussels also demand the withdrawal of Russian troops from Ukraine’s border territory in order to reduce tensions with the West.

It is obvious that almost all of these requirements are impossible for Moscow to fulfill. To withdraw recognition of the former parts of Georgia is to lose face. Russia bears responsibility for Donbass and Transnistria because of the Russian-speaking factor and will not agree to their population being forcibly dragged into Euro-Atlantic structures. The lack of guarantees that Ukraine will not be admitted to NATO is a key point that does not suit Russia, because it was the basis of all the requirements of the Russian Foreign Ministry.

Despite fundamental differences, NATO and the US are ready for a dialogue with Russia. That's why Blinken says that Washington's proposals contain "very positive things." Stoltenberg is less ambiguous. He is ready to listen to Moscow's security concerns and suggests that the Kremlin reopen NATO and Russian offices in Brussels and Moscow. Stoltenberg also wants to discuss arms control and is ready to establish a direct line of communication with Russia. NATO wants risk reduction, European security and dialogue on Ukraine.

Taking into account the closed nature of the US and NATO response, it is difficult to draw accurate conclusions and more or less specific forecasts. But, judging from the statements of the two politicians, we see that there are things that will be rejected by the Kremlin right away, and there are those that suit Moscow. The points of compromise are, of course, connected with the limitation of armaments, the establishment of direct contacts between NATO and Russia, and the dialogue on Ukraine. All of this reduces the intensity of passions, which is necessary for both the West and Russia.

While the US was shaping its response, the diplomatic process was already intensifying. For the fisrt time in two years, eight-hour talks of the "Normandy Four" (Russia, Ukraine, France and Germany) were held in Paris. Representative of the Russian Federation Dmitry Kozak called the meeting a resuscitation of the "Normandy" format. In two weeks there will be a new meeting in Berlin. The talks give hope for the observance of the truce in Donbass, which was agreed upon by the four countries in Paris.

Diplomacy has intensified not only at the level of special representatives and ministers, but also at the level of Heads of state. British Prime Minister Boris Johnson proposed a meeting with Vladimir Putin. French leader Emmanuel Macron has already discussed Ukraine with the Russian president. Turkish President Recep Tayyip Erdoğan also wants to discuss the Ukrainian case with Putin.

We will find out very soon, how the negotiations between the Russian Foreign Ministry with NATO and the State Department will eventually end. While realizing that there is a big gap between the negotiators, we still need to recognize the West's readiness to make some compromises and engage in dialogue with Moscow. Will the Kremlin agree to selective compromises instead of a package deal?

DPA: NATO to send troops to Bulgaria, Romania and Slovakia

Putin emphasizes need to get security guarantees from U.S. and NATO