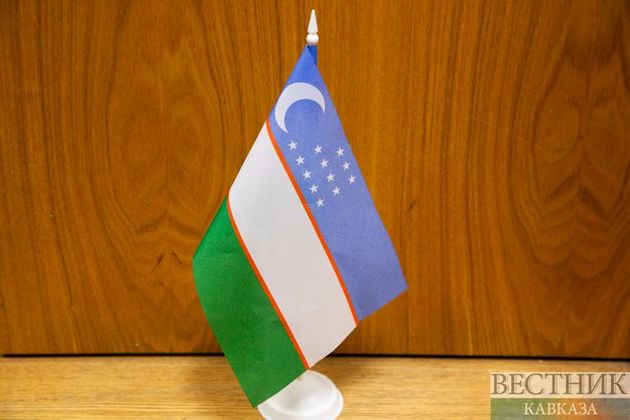 Growing integration of national energy systems across the five nations of Central Asia is helping to ease congestion and power outages arising from peak power usage, Uzbekistan’s First Deputy Energy Minister Azim Ahmedkhadzhayev said. According to Uzbekistan’s Energy Ministry, Ahmedkhadzhayev addressed the Tashkent Economic Forum on September 30 where he noted that increased regional cooperation over the past five years was making joint investment projects possible. He cited as an example Uzbekistan’s continuing construction of high-voltage power lines linking its power grid to those of its neighbours, New Europe writes.

“Regional integration in the field of energy will allow the development and implementation of investment projects that will serve not only the good of the host country through energy generation, but will also benefit neighbouring countries by covering peak overloads as a result of coordination and interconnections of energy systems,” he said.

He noted that Uzbekistan’s geography, at the centre of both Eurasia and Central Asia, made it a convenient location as a strategic and geopolitical hub. A significant factor was existing infrastructure linking Uzbekistan with all its neighbours, he said, pointing out that the energy systems of Kazakhstan, Kyrgyzstan, Tajikistan and Turkmenistan have long been guided by a control centre located in Tashkent, even since the breakup of the Soviet Union.

Ahmedkhadzhayev outlined the steps Uzbekistan has been taking to achieve energy security and expand production, including reforms intended to double power generation by 2030, with 25% to be derived from renewable sources. The process began with the formation of the Ministry of Energy and the restructuring of Uzbekenergo, the state-owned energy provider from which a series of stand-alone specialist enterprises have been created.

He listed a series of laws, decrees and presidential resolutions which have introduced market principles into the system, allowing private companies, including several international firms, to enter the market, Uzbekistan’s Energy Ministry said in a press release.

The First Deputy Minister, appointed recently after serving as Deputy Governor of the Jizzakh Region, also discussed major efforts to expand the pool of energy industry specialists in Uzbekistan, through expanded educational programs. He listed investments by ACWA Power of Saudi Arabia and Air Products and Chemicals, Inc. of the United States into a special curriculum and training program at Shirin Power College, a specialist institution located near the Syrdarya Thermal Power Plant and Farkhad hydroelectric station, and a Memorandum of Agreement signed recently between Germany’s Siemens and Tashkent State Technical University.

According to the Uzbek Energy Ministry, the new generation of home-grown specialists educated to international standards is expected to bring enthusiasm and expertise required for implementation of new vision in the field of exploitation of the country’s natural resources.

“The Republic of Uzbekistan in all sectors is moving from the export of raw materials to the export of finished products,” he said. “We have sought to develop clusters and deepen gas processing. A good example would be the GTL (gas-to-liquids) project, which has already been completed and will be launched at full capacity in the near future. We have also committed ourselves to developing the MTO (methanol to olefins) cluster in the Bukhara region.

In related news, Uzbekneftegaz, the state-owned holding company of Uzbekistan’s oil and gas industry, supervised by Ministry of Energy announced that at the economic forum event “Uzbekistan: Achievements of Economic Reforms and Their Prospects” held recently in Tashkent, significant financial cooperation agreements were signed with three of Europe’s leading banks.

The cooperation agreements relate to €1.1 billion of capital to finance the expansion of the Shurtan Gas Chemical Complex’s production capacity, Uzbekistan’s Energy Ministry said, adding that the agreements were signed with Deutsche Bank – for €500 million; Landesbank Baden-Wuerttemberg – for €300 million; and Landesbank Hessen-Thüringen Girozentrale (Helaba) – also for €300 million.

As the Shurtan GCC Upgrade Project is being financed on an export finance principle, with no state guarantees, the participation of prestigious European banks is a significant endorsement of Uzbekistan’s attractiveness as an investment.

The total cost of the project is $1.8 billion, of which $1.2 billion will be contributed by a consortium of foreign banks and financial institutions, and $600 million from Uzbekneftegaz.

“Today’s announcement is yet another example of high-quality, international investment capital being allocated to Uzbekistan to help finance our exciting energy reforms,” Uzbekistan’s Energy Minister Alisher Sultanov said on September 30. “We have set ambitious energy targets, and activated strategies at great speed to achieve those targets, but attracting substantial international capital is one of the best measures of our progress. It is a proud day for Uzbekistan, and we thank our new European partners for their considerable support.”

Uzbekneftegaz Chairman Mehriddin Abdullaev said the expansion of production capacity at the Shurtan Gas Chemical Complex, which is the country’s flagship of Uzbekistan’s gas chemical industry and a key polymer producer in the region, is another step towards achieving Uzbekistan’s goal of increasing volumes of deep processing of hydrocarbon raw materials to produce petrochemical products with high added value.

“We are hugely grateful for the financial support and confidence shown by some of the most renowned banks in Europe. It is a significant endorsement of Uzbekistan’s progress and Uzbekneftegaz’s role within that,” Abdullaev said.

The funds will be raised under the insurance coverage of Euler Hermes (Germany), SACE (Italy), Atradius (Netherlands)  and other European export credit agencies.

A further agreement was signed at the economic forum, between Uzbekneftegaz JSC and the New York-headquartered, international law firm White & Case LLP – which has many years of successful advisory experience in Uzbekistan on investment projects and project financing.

The expansion in production capacity at Shurtan GCC will annually contribute 280,000 additional tons of bimodal polyethylene, 100,000 tons of polypropylene and 50,000 tons of pyrolysis distillate, the Uzbek Energy Ministry said, adding that the raw material base for the projected expansion facilities at Shurtan is synthetic naphtha, which will be produced from Uzbekistan GTL Plant.