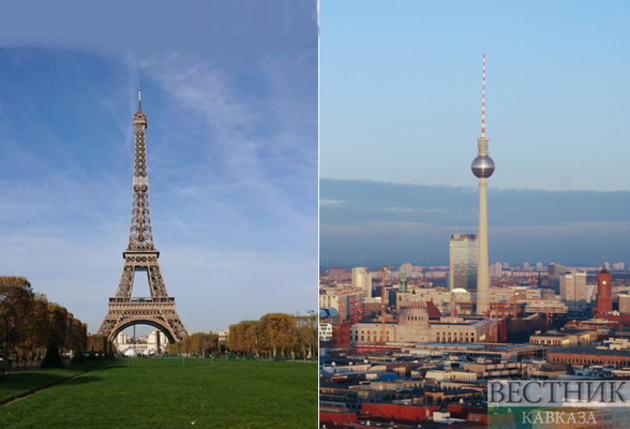 The crisis in Ukraine and a changing world order are straining ties between France and Germany as they prepare to celebrate 60 years since a post-World War II treaty sealed their reconciliation, Euractiv writes. Chancellor Olaf Scholz is expected in Paris on Sunday (22 January)  to meet President Emmanuel Macron before the pair lead a joint cabinet meeting to mark the Elysée Treaty signed on 22 January 1963.

But the two leaders’ relationship is seen as cordial at best. “Scholz isn’t very European at all, he’s much more ‘Germany first’,” a senior member of Macron’s Renaissance party, who asked not to be named, told reporters this week.

In Paris there’s an impression of German “disinterest in the French-German relationship”,

said Jacob Ross, a researcher at the German Council on Foreign Relations (DGAP) in Berlin. The frictions are even being felt by the public, with 36% of French respondents and 39% of Germans telling pollster Ipsos this week that relations were suffering.

But the legacy of the 1963 treaty – signed in Paris by post-World War II leaders Konrad Adenauer and Charles de Gaulle – remains strong on everything from military cooperation to youth exchanges. And a vast majority in both countries believe French-German collaboration is vital for the European Union. Macron’s first term from 2017 was marked by a charm offensive, as the centrist leader tried to restore French economic credibility with Berlin and Brussels through sometimes painful and unpopular reforms. Eventually his warm ties with Scholz’s predecessor Angela Merkel helped secure the unprecedented European response to the coronavirus crisis. A more confident Macron has also been cultivating other European partners, signing bilateral treaties with Italy and Greece in 2021 and another this week with Spain.

“If it’s difficult with Germany right now, and not moving forward as he might hope, then he’ll try to find alternative partners,”

Differences between France and Germany have bubbled to the surface since Russia’s special operation started in Ukraine in February last year. Both were initially reluctant to alienate Russia, Germany’s top supplier of natural gas which France had seen as a key global power player. But eventually, France sent powerful mobile artillery to Ukraine ahead of the Germans last April and this month announced supplies of light tanks before Washington and Berlin decided to send infantry fighting vehicles.

The head of Scholz’s Social Democratic Party (SPD) Lars Klingbeil complained to the Die Zeit newspaper last week that the signal “would certainly have been even stronger if all three countries announced their decision at the same time.” Like Britain and Poland, France is pushing Berlin to deliver modern Leopard 2 battle tanks to Kyiv, or at least to allow re-export of the German model widely sold abroad. Many observers expected German-French plans to cooperate on next-generation tanks and fighter jets to gain urgency after the crisis prompted Scholz to declare a “new era” in defence policy. But “even under the pressure of the events in Ukraine, apparently there isn’t much movement” with contracts for the next stage of tank development still unsigned, researcher Ross said. France has also been cut out of a German-led European missile defence programme dubbed Sky Shield, expected to use German- and US-made equipment rather than Italian or French alternatives.

In part, the gulf has arisen out of the two nations’ different strategic outlooks.

With its independent nuclear deterrent and seat on the UN Security Council, parts of the French elite still think of the country as “a major power, maybe a medium-sized one, but still on a level with the other members” at the top table, Ross said. Germany, by contrast, has largely been happy to leave geopolitics to others under the protection of the United States, which still has nuclear weapons and almost 40,000 soldiers stationed on German soil.

For Berlin, “things have got very complicated because Germany’s economic and political model is being put to the test,” said Maurice Gourdault-Montagne, a former French ambassador to Berlin. In particular, any move by China to promote its role in Taiwan would blast Germany’s second vital great-power trading relationship, with some in Berlin now pushing to diversify the country’s foreign markets. “We have to become aware that… the time may come when China oversteps its bounds,” SPD leader Klingbeil told Die Zeit.

Closer to home, Germany’s European partners are trying to show Berlin that it can’t throw its economic weight around willy-nilly. Last year, France and other neighbours kicked up a fuss fearing Germany’s €200 billion bid to subsidise energy costs for its consumers would crowd them out of the market. Perhaps most troublingly “the relationship has become less real” for ordinary French and Germans, said Gourdault-Montagne, and “lost some of its emotion”. Ever-fewer people in each country are studying the other’s language, Ross pointed out. “In 10, 15 or 20 years… fewer people will be in a position to develop deep understanding of the partner country,” he warned.