Where new Holocaust could happen: Poll 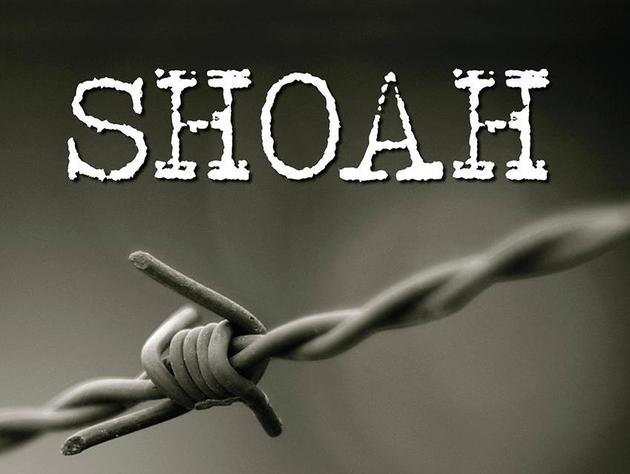 A poll conducted by the Conference on Jewish Material Claims Against Germany (Claims Conference) ahead of the 75th anniversary of the liberation of Auschwitz, saw 36 percent of French respondents say something like a Holocaust could happen again in the U.S today, compared to 34 percent who believe it could happen in France. Newsweek reports in its article A THIRD OF FRENCH PEOPLE THINK NEW HOLOCAUST COULD HAPPEN IN U.S.: POLL that some 52 percent of French people believe a Holocaust-like event could happen in another European country.

The poll also revealed 43 percent of French people believe there are a "great deal" of neo-Nazis currently living in the U.S., compared to less than a third (31 percent) saying only a few Nazis currently live there. The poll suggests that French people believe neo-Nazism is more prevalent in the U.S. than in their own country, with 30 percent saying there are many neo-Nazis in France.

Gregory Schneider, executive vice president of the Claims Conference, said the results also showed how some French people still have an "appalling" lack of knowledge about the Holocaust.

The survey shows that around one in five French people (19 percent) think that less than one million Jews were killed during the Holocaust, with 6 percent believing the death toll was less than 100,000.

A majority of French people (57 percent) said they did not know that the actual number of Jews that were killed was six million. When the data is broken down to answers from Millennials and Generation Z, the figure rises to 69 percent.

The survey also reveals that 10 percent of all French respondents and nearly one quarter (23 percent) of Millenials and Generation Z believe that either the Holocaust is a myth or the reported number of deaths is greatly exaggerated.

"The good news is that a majority stated the importance of teaching the Holocaust in schools in order to ensure it doesn't happen again," Schneider told Newsweek.

The survey showed that 82 percent of all French respondents agreed it is important to teach the Holocaust in school, with 75 percent saying it should be compulsory.

Schneider said it is more "complicated" to teach about lessons of the Holocaust in countries like France because they could be talking to pupils "about their grandparents" as well as raising moral questions such as what did they did the French people do during this time.

"It is devastating to learn that younger generations do not understand the impact of the Holocaust. It was an attempted extermination of an entire people," added Matthew Bronfman, Claims Conference Task Force Chair for the Holocaust Knowledge and Awareness Survey. "Without knowledge, how can we ensure that prejudice and unchecked hatred are confronted?"

Schneider also raised the "concerning" issue that one quarter (25 percent) of all French people in the Millennial and Generation Z demographics have never heard of the term "shoah"—a Hebrew term often used in France instead of "Holocaust"—compared to 16 percent for all French respondents.

"Once again, we are seeing a significant lapse in understanding about the Holocaust, a history that is critically important," Julius Berman, President of Claims Conference, added. "Our current education is not ample; it is failing us and the disturbing trend of Holocaust ignorance we are seeing globally demands increased education."

A previous survey of American respondents conducted by Claims Conference in 2018 revealed that 58 percent of Americans said they believe something like the Holocaust could happen again in this country.

Artem Sokolov on Vesti.FM on issue of European media’s coverage of siege of Leningrad