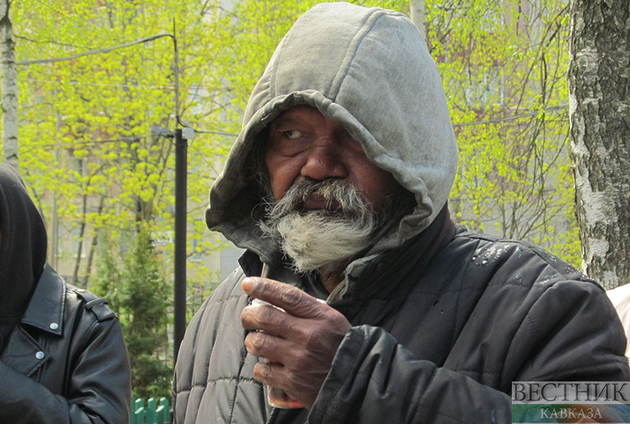 Britain is pressing ahead with a policy to deport asylum seekers to Rwanda, despite a last-minute intervention by the European Court of Human Rights that stopped the first plane from departing for the East African nation last week, Middle East Monitor writes.

Home Secretary (Interior Minister), Priti Patel, said preparations for more flights had already begun, adding that legal challenges and mounting criticism would not deter the government from pursuing its strategy. The UN Refugee Chief has called the policy "catastrophic", the leadership of the Church of England denounced it as "immoral", and media reports have said Prince Charles, the heir to the throne, has privately described the plan as "appalling". Despite outrage over the plan, Britain is not the first country to send asylum seekers overseas. On World Refugee Day, here are some countries that have taken a similar approach.

Introduced in 2001, Australia's off-shoring asylum programme specifically targets migrants arriving in Australian waters by boat, and is aimed at discouraging refugees from making dangerous ocean crossings and stopping people smuggling. Asylum seekers have been transferred to offshore detention centres in Papua New Guinea's Manus Island and the South Pacific island nation of Nauru for their claims to be processed. The policy – known as the "Pacific Solution" – was dismantled in 2008, but it was revived in 2012 and became more restrictive in 2013, when the government announced that people arriving by boat would be denied resettlement, even if recognised as refugees.

Since 2012, more than 4,000 asylum seekers, including children, have been sent to detention centres in Manus and Nauru for processing. Many have waited more than five years for their asylum claims to be processed, according to the Refugee Council of Australia, an NGO. The off-shoring asylum policy has been strongly criticised by the United Nations and aid groups, who cite harsh conditions in the centres including abuse by guards and self-harm and depression among detainees. Fourteen people have died in the island camps, including through suicide and a lack of proper medical care, according to the Human Rights Law Centre. There have also been cases of detainees being killed during protests over camp conditions or in attacks by local people. Australia closed the facility on Manus Island last year after Papua New Guinea's Supreme Court ruled it was illegal, but about 105 people still remain in Papua New Guinea. A further 112 asylum seekers are currently living within the Nauruan community, according to the Refugee Council.

In 2014, Israel introduced a now-defunct policy to send those rejected for asylum and illegal immigrants – mainly from Sudan and Eritrea – to Rwanda and Uganda for third-country resettlement. They were given the choice of either being deported back to their country of origin or accepting a payment of $3,500 and a plane ticket to either Uganda or Rwanda, with any who stayed in Israel facing jail. Israel has said about 20,000 people either returned home or went to one of the East African countries under the policy, which human rights groups criticised for sending refugees to countries where there were no guarantees over their safety. Research conducted by the University of Oxford and the International Refugee Rights Initiative found that many deported to Rwanda and Uganda had their travel documents taken away on arrival, and were held in hotels guarded by armed men. Most escaped and paid people smugglers to make the dangerous journey to Europe. Amid mounting international and domestic criticism, the Israeli programme was scrapped in 2019 following its suspension by the country's Supreme Court.

The European Union indirectly supports offshore asylum programmes as part of broader efforts to stop refugees coming across the Mediterranean. The bloc has paid Turkey billions of dollars to keep refugees from reaching Greece, and has funded the Libyan Coast Guard, which pushes migrant boats bound for Europe back to North Africa. It is also helping to fund UN-run centres in Niger and Rwanda to process asylum seekers. Under a UN programme called the "Emergency Transit Mechanism", more than 3,000 people from Libyan detention centres who were heading for Europe have been transferred to Niger. A similar scheme sending asylum seekers from Libya to Rwanda began in 2019. Critics have accused the EU of seeking to curb the number of refugees reaching its shores by outsourcing the crisis to poor African nations. Asylum seekers in Rwanda have reported that their lives are better than in Libya's detention centres,  but they do not want to stay in Rwanda and ultimately wish to resettle in Europe. Despite its criticism of Britain, the United Nations says the arrangement is reasonable because it protects migrants from torture, sexual violence and indefinite detention in Libya.

Denmark, which has introduced increasingly harsh immigration policies over the last decade, passed a law in 2021 allowing refugees to be moved to asylum centres in a third country for claims to be processed. It is currently in talks with Rwanda. Refugee groups said the new law was irresponsible and showed a lack of solidarity with people in need, and the measure was also criticised by the United Nations and the European Commission. Danish government officials have said a deal with Rwanda would "ensure a more dignified approach than the criminal network of human traffickers that characterises migration across the Mediterranean today". The EU Commission has said relocating refugees outside Europe is "not possible" under current EU rules, but Denmark is exempt from some EU regulations, including asylum standards, due to an opt-out.