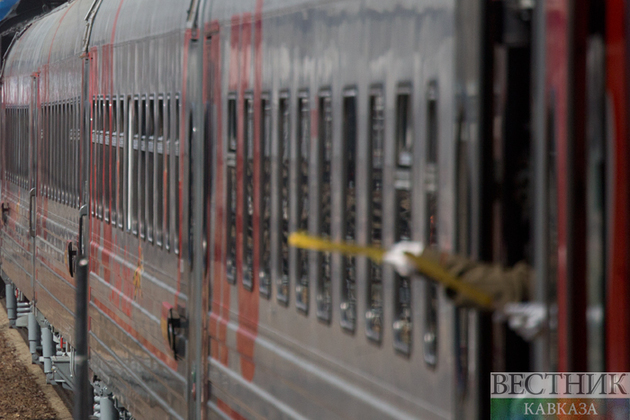 The grand strategic convergence between Russia and Pakistan in Central Asia will immensely strengthen the SCO’s capabilities, which will, in turn, empower their shared visions for Eurasia, especially in its Heartland, writes Andrew Korybko, a Moscow-based American political analyst, Global Village Space reports.

The Multipolar World Order (MWO) that’s actively taking shape at an accelerated pace following Russia’s special military operation in Ukraine and broad swathes of the Global South’s principled neutrality towards that conflict is creating exciting opportunities across the world. South Asia is at the center of this global systemic transition since it sits in the center of the Eastern Hemisphere and midway between the Eurasian supercontinent’s western and eastern halves, the first of which is declining in influence while the second rises.

Pakistan has surprisingly emerged as a leading player in these processes despite many Western observers writing it off as a so-called “failed state” just a decade ago. Its hosting of the China-Pakistan Economic Corridor (CPEC), the Belt & Road Initiative’s (BRI) flagship project, makes it indispensable to Beijing’s vision of using BRI as the vehicle for constructing a community of common destiny for mankind. In other words, by becoming the most important BRI partner anywhere in the world, Pakistan ensured that its future success is tied to multipolarity as a whole.

Nevertheless, Pakistan prudently doesn’t put all of its eggs in one basket either after learning during the Old Cold War and the so-called “War on Terror” that being disproportionately dependent on any given partner can ultimately end up being disadvantageous. That’s not to imply a comparison between China and the US but simply to point out the pragmatism of preemptively averting such potential disproportionate dependence in friendly, gentle, and non-hostile ways that don’t pose a threat to anyone’s interests. Therein lies the strategic genius behind the rapid Russian-Pakistani rapprochement.

The hyperlinked piece from the preceding sentence leads to a list of 30 relevant analyses about this globally significant subject that thus far hasn’t been focused on as much by observers as it should. The reader should refer to those pieces if they desire to learn more about the concepts that’ll now be briefly introduced in the present piece. These are Pakistan’s complementary CPEC+ and geo-economic grand strategic visions, Russia’s Greater Eurasian Partnership (GEP) and Ummah Pivot ones, and the convergence between them all through the Pakistan Stream Gas Pipeline (PSGP) and PAKAFUZ.

CPEC+ refers to expanding CPEC in the northern (N-CPEC+), western (W-CPEC+), and southern (S-CPEC+) directions towards Central Asia, West Asia, and Africa while the concept of geo-economics was enshrined in the country’s first-ever National Security Policy (NSP) this January and proposes prioritizing mutually beneficial economic engagement over zero-sum geopolitical decisions. The GEP, meanwhile, is Russia’s plan to integrate the supercontinent (presumably with the SCO as its primary platform) while the Ummah Pivot refers to its recent prioritization of non-traditional Muslim partners like Pakistan.

Pakistan not only impressively remained neutral amid Russia’s ongoing operation in Ukraine, but Prime Minister Imran Khan also bravely defied pressure from nearly two dozen Western ambassadors in Islamabad to publicly condemn Moscow. That’s because the country understands the grand strategic importance of retaining excellent ties with Russia, particularly via the PSGP that’s reportedly on the brink of being signed as well as February 2021’s agreement to build a Pakistan-Afghanistan-Uzbekistan railway that could ultimately reach as far as that Eurasian Great Power and thus facilitate more trade.

Understanding more about PSGP and PAKAFUZ

The PSGP and PAKAFUZ are flagship multipolar projects because they physically embody Russia’s recent “Return to South Asia” that’s since served as among its top pressure valves anywhere in the world following the US-led West’s unprecedented sanctions. Those measures made Pakistan – along with China, India, and Iran – so much more important to Russian grand strategy, which Islamabad is keenly aware of. Russia also serves a similar role for Pakistan too vis-à-vis its related attempts to remain neutral in the New Cold War’s Eastern Eurasian theater between America and China.

Put another way, Russia and Pakistan complement one another’s balancing acts by serving as mutually beneficial and reliable valves from the pressures imposed upon them by the New Cold War. The PSGP will represent Russia’s top foreign investment upon the deal’s impending conclusion, drastically reduce Pakistan’s energy deficit once it’s completed, and therefore unleash this South Asian state’s hitherto largely untapped economic potential. PAKAFUZ, meanwhile, will complement that outcome by fulfilling the GSP’s de facto N-CPEC+ plans for turning Central Asia into the pivot of its new geo-economic policy.

The grand strategic convergence between Russia and Pakistan in Central Asia will immensely strengthen the SCO’s capabilities, which will, in turn, empower their shared visions for Eurasia, especially in its Heartland. That’s why the PSGP and PAKAFUZ can accurately be described as flagship multipolar projects, not to mention the pressure valve role that they serve for each of those two partners in the context of the New Cold War. The rapid Russian-Pakistani rapprochement and their increasing strategic convergence in Eurasia are therefore integral for accelerating the MWO that they’re both striving to build.