Will US intervene in relations between Beijing and Taipei 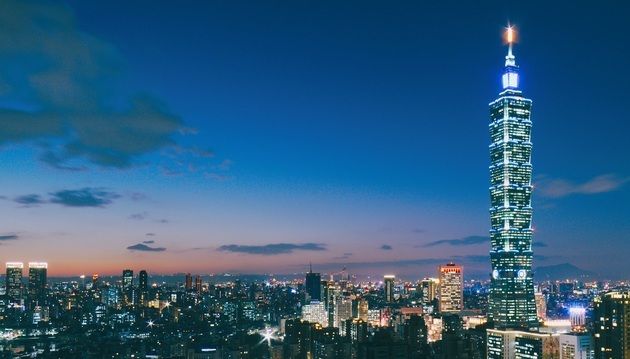 China’s exports to the United States reached a new peak of nearly $700 billion in March, according to data released by the country’s statistics agency. That compares with a seasonally adjusted annual rate of just $410 billion in August 2019, when the Trump administration imposed tariffs on a wide range of Chinese imports, Asia Times writes.

US imports from China have risen by about 60% since the tariffs came into effect, reflecting a surge in consumer spending driven by $6 trillion of government stimulus during the Covid-19 epidemic, as well as flagging capital investment in domestic US manufacturing and a shortage of qualified factory workers. China now accounts for about 28% of US imports of manufactured goods. During the Cold War, US imports from Russia were negligible while Russia’s imports from the United States consisted mainly of wheat. Conducting a strategic confrontation with a country that provides a high proportion of essential goods – from electronics to pharmaceuticals to chemical components – is an entirely new notion in the history of strategy.

On the import side of China’s ledger, Taiwan led the gain in shipments to China – despite tensions over Taiwan’s purchase of sophisticated arms from the United States and political gestures that could be interpreted as tentative steps towards declaring independence.

China considers this territory to be its province, while Taiwan positions itself as an independent state recognized by only 23 countries. At the same time, China and Taiwan maintain close trade and economic ties.

The island of 24 million, which China claims as a renegade province, is now China’s largest source of imports in Asia, as well as the fastest-growing component of Chinese imports. Taiwan’s exports to the mainland have doubled during the past five years and overtook imports from both Japan and South Korea in 2020. Taiwan is exporting to China at an annual rate of about $270 billion a year, equal to 40% of the island’s $668 billion gross domestic product (GDP). Taiwan’s investment in the mainland, meanwhile, probably exceeds $200 billion.

According to the Taiwan government’s website, “Today, Taiwan is one of the biggest investors in China. Between 1991 and the end of May 2021, approved investment in China comprised 44,577 cases totaling US$193.51 billion.” Taiwanese chip fabricators are helping to build China’s semiconductor industry, a top national priority after the Trump administration restricted US exports of sophisticated chips as well as chip-making equipment and design software to China. A great many Taiwanese chip fabrication engineers – media estimates range between 10% and 20% of the total – are working on the mainland for enhanced pay building Chinese chip-making facilities.

Mutual dependencies among China, the United States and Taiwan have increased markedly during the past two years. Any disruption of trade relations due to strategic tensions among the three countries would entail significant reductions in output and consumption. China’s supply chains are the only source of many products in large volume, and a cut in China’s exports to the US would result in critical shortages of essential goods.

Taiwan’s continuing aggressive investment in chip-making capacity depends on China’s enormous appetite for integrated circuits. In 2020, China imported $350 billion worth of chips, the lion’s share of the world market, and a disruption of exports to China would throw Taiwan’s most important industry into crisis.

From a strategic standpoint, Taiwan is the goose that lays golden eggs for China’s electronics industry, which assembled 35% of the world’s electronic devices in 2020. In terms of both semiconductors and expertise, Taiwan is giving China everything it needs.

A group of six US lawmakers arrived in Taiwan yesterday, promising to take every possible step to "prevent Taiwan's forcible reunification with mainland China." The US does not have official relations with Taiwan, recognizing the "One China" policy, but continues to maintain contacts with the Taipei administration and supplies weapons to the island.

That makes it extremely unlikely that China would disrupt the status quo by using force to achieve reunification of the island with the mainland – unless the United States were to take steps in the direction of Taiwanese independence. The economic consequences of such a confrontation would be damaging beyond calculation, with knock-on effects through almost every industry and market in the world.