Will political crisis in Iraq lead to civil war? 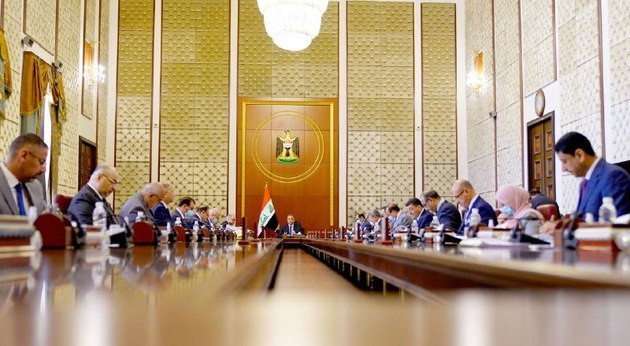 A power struggle in Iraq between the Shi'ite cleric Moqtada al-Sadr and rivals aligned with Iran is testing Tehran's ability to stave off a conflict that could damage its interests and further destabilise the oil-rich country, Reuters writes.

With Sadr supporters camped out in parliament and his opponents protesting in the streets, the tussle over a new government has put fresh strain on a political system that has been buffeted by crises since U.S.-led forces toppled Saddam Hussein two decades ago.

For Iraq, where the power balance tilted Iran's way after the U.S. invasion of 2003, the tussle adds to divisions in a country also beset by rivalries among Sunni Arab and Kurdish groups who control the north. So far, neither side seems ready to give ground in the 10-month-old standoff, which began when Sadr emerged victorious from an October election and sought to form a government on his terms, only to be stymied by his foes.  For now, the sides - both heavily armed - appear to be avoiding violence, aware of the impact this would have on Iraq and the Shi'ite majority that was empowered by the political system the United States built after ousting Saddam, a Sunni.

But amid dramatic scenes in Baghdad, where Sadr supporters overran the fortified Green Zone that houses state buildings and embassies at the weekend, many Iraqis are concerned about possible violence.  In a sign of Iran's concern, one of its senior military commanders, Brigadier General Esmail Ghaani, visited Baghdad in recent days in an effort to keep tensions from escalating, a Western diplomat said. An Iraqi official in the Coordination Framework, an alliance of Iran-aligned factions, confirmed the visit but said Ghaani didn't appear to have succeeded, without giving details. Ghaani, who heads Iran’s Revolutionary Guards' foreign legions, has struggled to wield the influence of his predecessor, Qassem Soleimani, killed by a U.S. attack in 2020.

"Iranian influence has had its ups and downs and has been waning to some extent," said Renad Mansour of Chatham House, a think tank. "This election and government formation process has exposed fragmentation ... among the political parties which makes it very complicated for Iran." The crisis comes at a difficult moment for Iran elsewhere. The heavily armed Hezbollah and its allies lost a parliamentary majority in Lebanon in a May, though they still have big sway.

Sadr, heir to a prominent clerical dynasty who fought U.S. forces after the invasion, has long opposed foreign influence.  He raised the stakes in June when he instructed his lawmakers to quit parliament, ceding dozens of seats to the Iran-aligned factions. Their subsequent moves towards forming a government without Sadr prompted the parliament takeover. Sadr's recent call for unspecified changes to the constitution may indicate he wants to upend the entire system. But some analysts question how much he really wants to change a system that has served him well: Sadr dominates much of the state which employs many of his followers. "Sadr is no revolutionary. He wants the system to go on but with him in a more dominant position," said Toby Dodge, a London School of Economics professor.

Dodge described the standoff as "a squabble within an increasingly unpopular elite" in a country where poor governance and corruption has inflicted power and water cuts, poverty and unemployment on Iraqis, despite enormous oil wealth. Those same conditions fuelled mass protests across Baghdad and southern Iraq in 2019 in which security forces killed hundreds of protesters. "There could be miscalculations and mistakes. But it seems to me that in every stage in this process, either one side or the other has taken steps to avoid violence," Dodge said.

The United States maintains around 2,000 troops in Iraq to fight Islamic State (banned in Russia) remnants, far fewer than the 170,000 U.S. troops there at the height of the occupation. Once involved in backroom dealings over Iraqi government formations, U.S. officials have largely stayed out of such contacts in recent years, according to Iraqi officials.

Vali Nasr, a Middle East expert at the Johns Hopkins School of Advanced International Studies in Washington, said Iraq did not appear to be a big U.S. priority. "It (Iraq) was not treated as a game-changer for the region, which it could end up being if Iraq loses the modicum of stability it had," he said. "It is too soon to call this a loss for Iran, it may end up being a loss for everybody, and then the question becomes who picks up the pieces afterwards," he said.

A U.S. State Department official said Iraq remained a foreign policy priority for the United States and one of the United States' most important strategic partners in the region, calling it a "cornerstone of regional stability". "The United States respects Iraqi sovereignty and views government formation as an Iraqi issue and something that the leaders in Iraq need to resolve," the official added.

Hamdi Malik of the Washington Institute think tank noted signs of restraint by both sides, but said conflict was a risk. "Any civil war between Shi'ite groups will have a profound impact not only on ... people in Iraq, but the wider region and even other parts of the world, not least because of the possible disruption in oil supplies, as much of Iraq's oil wealth is located in predominantly Shi'ite parts of the country," he said.