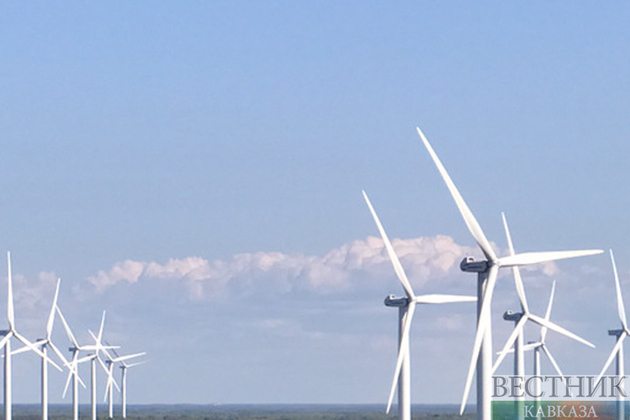 The worldwide wind power market is forecast to jump from around 730 gigawatts this year to 1,200 GW by 2025 with a $17.8bn market value, according to the Global Wind Energy Council’s 2022 Wind Energy Outlook report, Arab News writes.

On and offshore global wind generation capacity has leapt by a factor of almost 75 over the past two decades, moving from 7.5 GW in 1997 to some 730 GW by 2020, said the International Renewable Energy Agency. In 2016, wind accounted for some 16 percent of renewable power. That said, the evolution of wind power has been a slow process. Windmills have been used since 2000 B.C., but the first modern wind turbine was not built until the 1940s in Vermont in the US.

China has the largest installed base of wind turbines with 221 GW of power in 2021, over a third of the world’s capacity. Next, is the US with 96.4 GW of power, followed by Germany, India, Spain, the UK, France, and Brazil.

The first is utility-scale wind energy, which ranges in size from 100 kilowatts to several megawatts, providing electrical supplies to power grids.

The second type is distributed wind power, which provides electricity to a specific site.

The third form is offshore wind, which excites most interest partly because these turbines do not disturb people or marine life. All of this makes wind power a perfect technology on the road toward decarbonization and sustainability.

But, in similar fashion to other renewable energy sources such as the sun, wind energy suffers from intermittency. Simply put, this means when the wind does not blow, power is not produced. This dictates that these sites need access to large storage systems, and an alternative source of power when winds die down for long periods. The energy industry is making progress in addressing these issues. There have also been great advances in technology that make wind turbines more efficient, generate more electricity, require less maintenance, and run more quietly.

Gulf Cooperation Council countries are starting to pay attention to wind energy, as their seashores and remote desert areas provide some of the best areas for wind generation in the world. Saudi Arabia seems to be the most advanced in the GCC in this area.

The Kingdom’s first wind farm, the largest in the Middle East, at Dumat Al-Jandal, has a capacity of 400 MW, and came into service last August, inaugurated by Minister of Energy Prince Abdulaziz Bin Salman Al Saudi. The project was a joint venture between Saudi Arabia’s ACWA Power, the UAE’s Masdar and EDF of France. When fully operational, it will provide power to 70,000 homes. Saudi Arabia also has plans to build another 500MW floating offshore wind farm in the Gulf, a collaboration between Italy’s Saipem and the UAE’s Plambeck, expected to complete in 2027. These and other renewables projects in Saudi will contribute to the Kingdom’s climate emissions goals, and free up more crude for export.

Oman also has great wind power potential, with strong wind flows along its long coastline — which stretch for more than 2,000km. The Sultanate has a 50MW wind farm in its Dhofar region, built by Masdar and completed in 2019. Muscat has plans to build further wind farms across the country.

GCC nations also export their know-how to other markets. In 2021, Masdar signed an agreement with Uzbekistan to increase the capacity of the Central Asian country’s Zarafshan wind farm to 1.5GW from 500MW.

While in January, ACWA Power of Saudi Arabia signed an agreement to develop a 240MW offshore wind farm in Azerbaijan. Azerbaijan deputy energy minister Elnur Soltanov said at the time: “The agreement will contribute to the expansion of our co-operation with ACWA Power in the field of renewable energy and Azerbaijan’s development goals for offshore wind energy.”

But to further develop wind power across the GCC, requires long-term government commitments. Partnerships on research by institutions such as the King Abdullah Petroleum Studies and Research Center in Riyadh and the King Abdullah University of Science and Technology in Thuwal, working with international bodies in the region such as the International Energy Forum, also in Riyadh, and IRENA in Abu Dhabi, should encourage international and regional consortiums to invest in projects.

The wind industry also has the potential to localize parts of turbine manufacture within GCC countries, as many of the metals and plastics needed for production are found locally. This sector also provides highly-skilled jobs, with IRENA forecasting that the industry could create up to 11,000 new jobs in the GCC by 2030.

Being one of the oldest energy sources we exploit, wind today stands as one of the most environmentally sustainable. It produces zero emissions, is local, inexhaustible, competitive and creates cutting-edge jobs. It is a power source that integrates perfectly inside a circular economy and should be encouraged as part of the GCC energy mix.