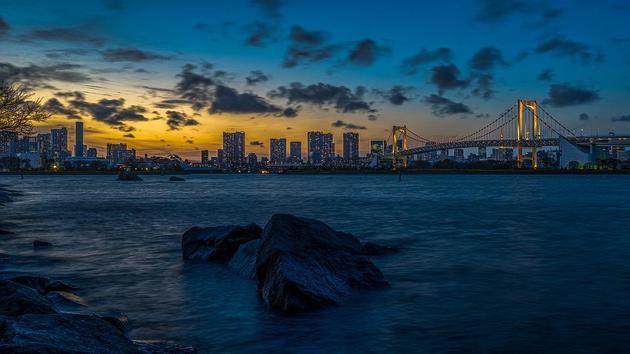 Japan is proposing to double its defence budget to around £86 billion, or 2% of its GDP. This move – like recent pledges by Germany to massively increase its military spending in the wake of Russia’s special operation in Ukraine – brings the country full circle since it was militarily neutered following defeat in the second world war, The Conversation writes.

Japan’s Liberal Democrat government said the decision, which it announced at the end of April, had been prompted by the conflict in Ukraine, but also reflected growing regional pressure from China, North Korea and Russia. Defence minister Nobuo Kishi said the increase in spending was designed to give Japan “counterstrike capabilities” to defend against aggression in the region.

The US has been pressuring Japan for some time to increase its defence spending to share the security bill in the Asia-Pacific region. Doubling its defence budget brings Japan in line with the benchmark for Nato countries’ military spending and positions Japan increasingly more as a genuine ally, rather than dependent, of the US in the region – a position it has held since American occupation forces drafted a “pacifist” constitution to prevent any recurrence of Japanese imperial ambitions.

The constitution prohibited the use of force and the maintenance of armed forces, despite the later creation of Japan’s Self-Defense Forces (JSDF). This was thereafter combined with a notional 1% of GDP cap on defence spending, as well as three non-nuclear principles banning nuclear weapons being “produced, possessed or permitted entry”.

To this day, the constitution and its anti-militarist Article 9 remain unchanged. But Japan is pacifist in name only. The process of Japan’s remilitarisation has been going on since the immediate postwar period. But the timing and rationale behind this latest move are significant.

Japan has gone through a series of foreign policy shifts. These have fluctuated dramatically, from imperial aggressor (1930s) to pacifist (1950s) and middle power (2000s). In the current era, relations with Washington have been paramount. But with America seemingly overstretched and in decline, Tokyo’s move to strengthen its military and deepen the alliance poses questions about Japan’s security identity. It also raises concerns of entrapment into American proxy wars and increasing economic involvement in the US “military-industrial complex”, the system by which the defence sector encourages arms spending and war.

The latest rise in defence spending is combined with deepening interoperability between US military units and the JSDF. It also paves the way for Japan to contribute billions of dollars to an arms and security infrastructure industry that is booming in the wake of Russia’s special operation in Ukraine. All this while Article 9 of the constitution remains unaltered in Japanese law. On paper this supposedly maintains a so-called “cap in the bottle” of militarisation. But since changes to the constitution’s interpretation ratified in 2015, Japan’s foreign policy has increasingly resembled that of a great power.

Today, Japan is fervently supporting the Biden administration’s package of punitive sanctions against Russia and increased aid to Ukraine. This includes further attempts to justify what already seemingly amount to violations of Article 9. Japan’s military spending (already the ninth highest on the planet) itself evidently contradicts the clause. Remarkably, the JSDF also now has permanent operations bases as far away as the Horn of Africa. And the Japanese defence ministry is effectively supplying logistical materials to Ukrainian forces in a combat zone.

Regional relations and US alliance

The key point of concern here is that Article 9, the 1% GDP defence budget cap and non-nuclear principles combined to allay the fears of regional powers that Japan might attempt to return to its colonial past. Domestic debate over whether the clause should be reformed or scrapped has intensified, but Japan’s former Asian conquests, including China, resolutely oppose constitutional reform.

Article 9’s malleable reinterpretation therefore reflects Japan’s tricky position between Asia and the US. This is compounded by the political capriciousness of prime minister, Fumio Kishida. Touted as a liberal, his foreign policy has become almost as hawkish as his conservative predecessors. And he now leans towards a relationship so close to the US that it risks entanglement in overseas conflicts.

Tokyo’s increasingly well-funded military, backed by a coastguard that rivals many national navies, leaves no doubt as to the robust transformation of Japanese forces in material terms. But the question remains as to whether China’s rise and North Korea’s sabre rattling really amount to the “dangerous” and “dynamic” security environment being used to justify these changes.

This is a question of identity as well as practicality. Japan should be clear about its regional and global roles. It has the third largest economy, the ninth most expensive military and significant influence across many leading international institutions, such as the UN and IMF. Yet almost half the Japanese public are against revising Article 9. They are proud of Japan’s peaceful society and certainly do not seek expansion or entanglement in American wars.

That was, at least, until now. By invoking crisis in Ukraine, Japan’s government and mainstream media appear to have hit upon a means by which to transform sympathy into action backed by popular support. Tokyo has ramped up refugee intakes to unprecedented numbers, donations to Ukraine have dramatically increased and military spending has reached a level comparable to western allies.

Intuitively, this may seem like a positive indicator for how Japan would respond to a contingency closer to home, such as Chinese aggression directed towards Taiwan. In reality, however, this shift in Japan’s foreign policy should be cause for concern, for it risks stoking future conflicts. As Beijing stalks Taipei in the wake of Moscow's special operation in Ukraine, Japan should be thinking earnestly about restoring its pacifist identity before the faded pages of its ageing constitution are torn up altogether.

Okinawa unhappy with US military presence

Japanese sanctions against Sberbank and Alfa-Bank come into force