Would Libyan oil return to the market 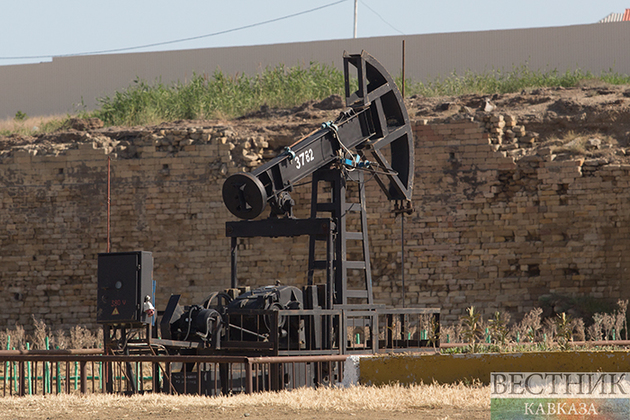 Yesterday, the OPEC + countries could not agree on the deepening of oil cuts at a meeting of the Ministerial Monitoring Committee in Vienna. Meanwhile, as S&P Global Platts writes in the article Libyan recovery could neutralize OPEC's plans to cut deeper, the OPEC+ countries are closely following the situation in fellow member Libya, whose production has been almost decimated by the civil war in the country, where oil has increasingly been used as a weapon.

The 23-country producer coalition, dubbed OPEC+, is on the verge of undertaking hefty production cuts to neutralize the sharp fall in demand brought about by the COVID-19 virus outbreak. Sources have told S&P Global Platts that OPEC is concerned that the return of Libyan crude to the market would thwart its future production strategy.

The removal of more than 1 million b/d of Libyan oil from the market since mid-January has barely had an impact on oil prices, which have in fact crashed by almost 25% on fears that COVID-19 could substantially reduce oil demand this year.

Sources also said that the international community has not put enough pressure on Khalifa Haftar's Libyan National Army, which has orchestrated the oil blockade, to reopen the country's terminals. Some of Haftar's key allies are Russia, the UAE and Saudi Arabia, which are part of the OPEC+ coalition. Haftar's plans of effectively switching off Libya's oil actually aligns somewhat with the OPEC+ strategy to prop up oil prices, according to Hamish Kinnear, an analyst at Verisk Maplecroft.

"With COVID-19 hitting oil demand, Saudi-UAE pushing for production cuts and US disinterest in conflict resolution, I don't think that the oil blockade is ending anytime soon (until early April at least)," Kinnear said. "Saudi is pushing for 1 million b/d in cuts, and if the Libyan taps were turned back on this would be wiped out," he added.

The chairman of Libya's National Oil Corporation, Mustafa Sanalla, has surprisingly not been in favor of deeper production cuts. Speaking to reporters in Vienna, Sanalla said there is no need to cut further, with 1 million b/d of the country's crude already off the market.

Most analysts have said OPEC+ needs Libyan oil to be offline for the first half of this year for the deeper cuts to have substantive effects, as this would help keep global stockpiles low.

Libya's crude production, as high as 1.22 million b/d before the latest blockade, has plummeted to 120,000 b/d in the past week -- the lowest level since late-2011, when a civil war tore the country apart and led to the downfall of Moammar Qadhafi. According to state-owned NOC, output could fall even further to just 72,000 b/d in the coming days, with exports already limited to only offshore terminals.

Sanalla said Tuesday that Libya was currently producing around 121,000-123,000 b/d because of the blockade. Since January 18, east Libyan tribesmen -- supported by Haftar -- have orchestrated an oil port blockade, slashing the country's oil output.

Haftar controls the bulk of Libya's key oil infrastructure, but does not have access to its oil revenues, which are handled by the Central Bank of Libya. By holding the ports hostage, he is hoping to starve off revenues to the UN-backed Government of National Accord, allowing him to capture Tripoli and other parts of western Libya.

But with the chances of LNA and GNA agreeing a wider political agreement looking doubtful, most analysts do not expect Libyan oil to return to the market very soon.

"A resumption hinges on a fair distribution of proceeds from oil and gas exports, which in turn depends on how things evolve on the military front," said Iliasse Sdiqui, associate director at Whispering Bell, a risk management company covering Libya. "A return to full-blown military escalation is likely in the medium term. The narrative developing on the ground is gradually moving towards escalation. " "In Libya, a political resolution remains elusive in the near term, as the recent intensification of battles near Tripoli could be extended, weighing on oil export recovery prospects," Barclays said in an analyst note.

Sanalla, however, has chosen to remain optimistic that a deal to reopen the oil terminals could be reached soon. "I can say we are working very hard with all parties inside and outside. We try to mitigate that and I think we're always optimistic," he said. "And I'm sure that we are going to reach [1 million b/d] very soon and have no technical problem...We can get back to 1 million b/d within days [once production restarts]," he added.

OPEC+ deal not enough to save the oil market

OPEC to the Oil Market: We Told You So