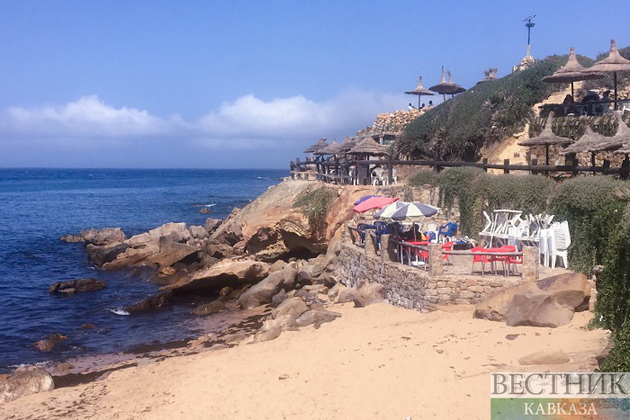 In a bid to boost its tourism sector, Algeria will issue visas on arrival to tourists heading to its south, a document from the country’s Interior Ministry showed.

The move aims to revive its tourism industry, which like other countries was severely affected by the coronavirus disease pandemic, by reducing red tape and facilitating visitors intending to explore the country’s beauty, Arab News writes.

Algeria is Africa’s biggest country by surface area. It comprises a major chunk of the Sahara including nature reserves and prehistoric sites. It also boasts 1,200 km of the Mediterranean coastline and several historical cities.

But the North African country hosts far fewer tourists than its neighbors, Morocco and Tunisia, relying instead on its vast oil and gas revenues.  The Tassili reserve, in the southeastern governorate of Djanet, is one focal point, with sand dunes, mountains, and a wealth of birdlife and fauna, spreading over 138,000 sq. km.

According to the official document, tourists must make their travel arrangements, including tickets and hotel bookings through sanctioned tour operators working in Algeria, and are to be escorted by the police in the southern region.

Tourism contributes only 1.5 percent to the North African country’s gross domestic product, which is much less than its neighboring countries.

Tunisia’s tourism sector, for instance, contributes 14 percent to the country’s GDP. The hospitality sector of Algeria also needs a massive upgrade as it documented 127,000 beds in 2020 compared to around 231,000 beds in its much smaller eastern neighbor.  Every summer, more than a million Algerians cross the border to spend their holidays in Tunisia where they have a wider choice range at a more affordable cost.

However, the Algerian government is cognizant of these issues and it is taking steps to address the problems. It is encouraging foreign investors to finance and build tourist facilities to revitalize tourism and increase its contribution to the country’s economy.

Last November, the Arab Tourism Organization honored Algeria’s president for his country’s role in supporting the tourism industry in the Arab world. The organization awarded Algerian President Abdelmadjid Tebboune a medal in recognition of his efforts to strengthen joint Arab action in the field.

Why Macron's crusade to renew France's role in Africa failed

Azerbaijan and Algeria to expand cooperation in oil and gas sector