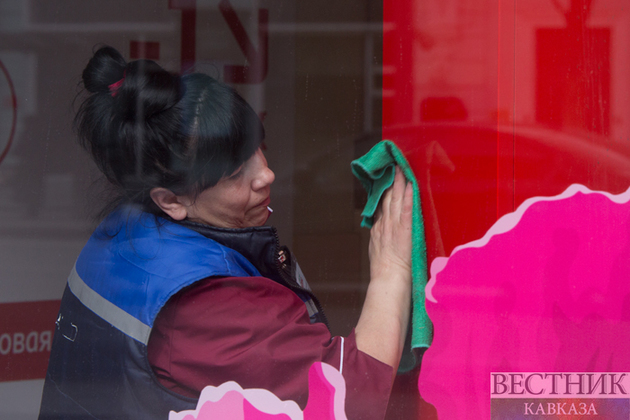 With the arrival of the Omicron variant of COVID-19, Central Asia looks to be heading into its fourth wave of pandemic, The Diplomat writes.

On January 12, Kyrgyz health officials reported the first detection of the Omicron variant of COVID-19 in the country. The first dozen days of 2022 have seen case counts rise in Kyrgyzstan, prompting health officials to term it the start of a fourth wave. 813 new infections were reported on January 11, the highest number reported since the previous wave in the summer of 2021. Authorities have pledged to step up efforts to encourage compliance to mask mandates on public transportation and recommended (though not mandated yet) that meetings be held in online formats and that people avoid gathering.

In Uzbekistan, authorities are also warning of a new wave as case counts rise. Uzbekistan confirmed 604 new cases on January 11, a majority of them in Tashkent. This appears to be the highest number of new cases since mid-September, the downslope of the previous wave that had peaked in mid-August with a little more than 900 cases per day. Uzbek health authorities detected the Omicron variant on January 7 and on January 10 urged the strengthening of preventative measures such as mask wearing. Government bodies will be prohibited from holding events and efforts made to increase vaccination. Last summer, Uzbekistan mandated that individuals in certain job categories get vaccinated, including employees of service facilities (from public-facing government offices to hair salons) as well as hospitality workers and food industry workers. The Uzbek government has also tightened entry requirements slightly, shortening the time for a valid negative PCR test to 48 hours before departure but also offering a rapid test at the border as an alternative.

In Kazakhstan, which has experienced a dramatic round of protests and unrest in the last week, health authorities said on January 12 that the country had registered more than 8,000 new cases in the past week (logically, that count may not include cases in Almaty, the country’s largest city and the most impacted by last week’s chaos). In late December 2021, however, the Kazakh government already planned to tighten entry requirements as of January 5 out of concern about Omicron.

Only 15 percent of the Kyrgyz population has been fully vaccinated against COVID-19, compared to 30 percent in Tajikistan, around 33 percent in Uzbekistan, and 45 percent in Kazakhstan, according to Our World in Data as of January 11. Turkmenistan reportedly has vaccinated more than 50 percent of its population, although the country has never officially recorded any cases of COVID-19.

The Omicron variant appears to spread more easily than the original COVID-19 strain, and breakthrough cases in vaccinated populations seem more likely. However, it appears the existing array of vaccines prevent significant illness and death, with many vaccinated people experiencing mild or no symptoms and many of those hospitalized for severe illness unvaccinated, The Diplomat says.