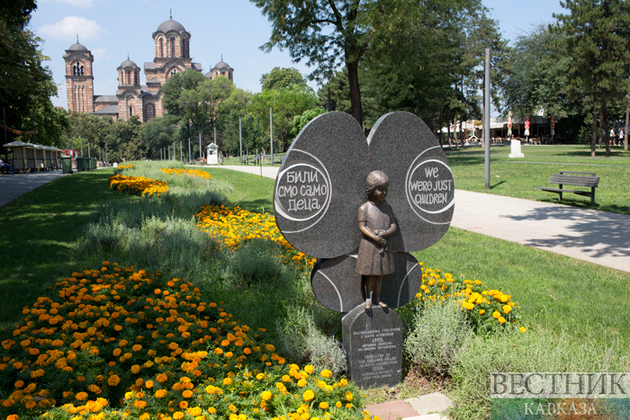 No country in the Balkans has been spared from a dangerous combination of migration and population ageing, EU Observer writes.

Demographically, the tiny nation of Macedonia has it worse than many. The Balkan nation has lost a quarter of its population since the early 1990s. The latest census carried out at the end of 2021 shows a population decline of 10 percent in the last two decades alone. Nearly 600,000 Macedonians moved abroad in the decades following the country's independence.

In neighbouring Albania, the situation is even more dire. 1.7 million people, 37 percent of the population, have left the country in the last three decades. According to the UN population prospects report, the almost three million strong nation is expected to drop below one million inhabitants by the end of this century.

Both countries hope that a quick accession to the European Union would provide a better future and reverse the migration pattern. North Macedonia accession talks have been blocked in the past by Greece because of the decades-long name-related standoff. Now, the EU progress of both North Macedonia and Albania is stalled because of Bulgaria's veto.

Another Balkan country hard hit by population decline is Serbia. According to World Bank data the country of nearly seven million is expected to have one million fewer inhabitants by 2050. This led Serbian authorities to give the startling analogy that the Balkan nation is effectively losing a town each year. Hundreds of thousands of Serbians left the country following the Yugoslav dissolution wars in the 1990s. The country's economy was again greatly impacted as the sanctions piled on top the 1999 Nato bombing to stop the conflict in Kosovo. According to an OECD analysis of the Serbian healthcare system readiness to fight Covid-19, estimates show that over 10,000 doctors left Serbia for western Europe in the past 20 years, and the health system is lacking 3,500 doctors and 8,000 nurses.

Some of the reasons the Balkans region has seen rampant migration over the decades can be traced back to the breakup of Yugoslavia, the civil wars and economic hardships that followed. Bosnia-Herzegovina is perhaps the hardest-hit country in the region, with some studies saying that almost half of the citizens born in the west Balkan nation no longer live there. Another striking example is Kosovo - which lost 15.4 percent of its population between 2007 and 2018.

EU's Croatia has similar problem Croatia has been a member of the European Union since 2013. Since then, more than quarter of a million Croats left the country looking for better paying jobs abroad. The population of just over four million has shrunk by almost 10 percent in a decade. The Zagreb government is trying to reverse the brain drain and recently promised Croats in the diaspora up to €26,000 if they return and start a business.

Greece is also showing worrisome trends. According to the Greek statistics agency between 2011 and 2020 the population of the country shrunk by half a million people. The Greek population decline over the past decade is due to several factors. Clearly, the 2009 financial crisis played a huge part, with many either relocating abroad or reluctant to start a family in Greece due to an uncertain future.

Ageing plays a huge part in speeding up the population decline in the region.

By 2050, Romania, Bulgaria, will see the average age of their populations increase by at least eight years, according to latest Eurostat projections. Data provided by Romania's Institute for Statistics shows how rapidly the population has aged over the past few years. Vâlcea county in Romania went from having 126 senior citizens for every 100 young people, to 185 seniors, just 10 years later. An older population means a shortage of available workforce, but also increased governmental expenses for pension schemes and healthcare.

The cost of a decreasing number of young people in the Balkans has been calculated by the Westminster Foundation for Democracy and the Institute for Development and Innovation. The study shows that the Western Balkans region is losing billions of euros each year due to migration by its young citizens. To estimate the economic footprint, the research takes into account both the costs associated with education - €2.46bn - as well as the potential loss in GDP growth due the departure of the countries' youth. It has been calculated that Western Balkans countries lose, due to youth migration, €3.08bn each year in potential GDP growth and decrease in consumption. Adding that figure together with the estimate for educational spending brings a total of around €5.5bn per year.

How Europe copes with drug trafficing

Not accepted to EU Balkan countries create their own mini-Schengen

Roots of Islamophobia in Europe