Despite Western Assertions, Russia Is Not on the Decline 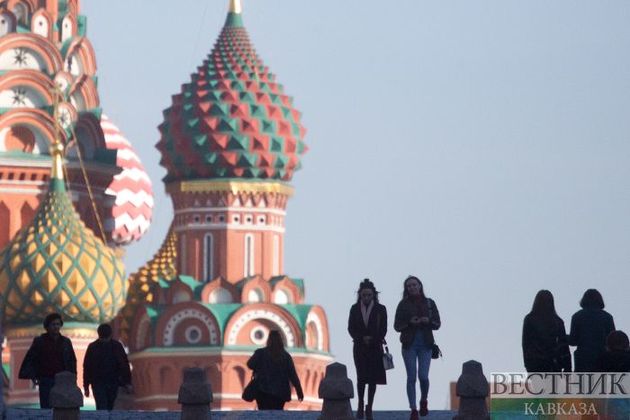 We’ve all heard the statement that Russia is a declining power. It is repeated so often by western pundits that it has become a truism. As The Global Times writes, the incoming leader of Britain’s MI6, Richard Moore, said so a few months ago. Even analysts who are considered more thoughtful, such as John Mearsheimer, have made a similar declaration. But is this statement really true? If not, why do we keep hearing it?

To answer the first question, let’s look at some basic facts about Russia relevant to its position in the world. Russia is the largest country in the world geographically, straddles two continents, and possesses a nuclear arsenal as large and modern as that of the United States – if not more so. In terms of its non-nuclear military capacity, only the United States is considered stronger.

Regarding its economy, Russia’s GDP is eleventh in the world, behind Italy and Canada. However, Russian total purchasing power parity comes in at sixth in the world.

Russia possesses a wealth of natural resources including minerals, metals, precious stones, and wood. The country has also been the world’s first or second largest exporter of wheat for several years. It contains an educated population and consistently places highly in computer technology competitions.

The Russian Federation has only existed since 1991, so it makes the most sense to examine the last 30 years to determine whether or not the country is declining. This requires us to look at what Russia was like during the 1990s.

During the decade under Boris Yeltsin, assets from the Soviet era were snatched up by a small group of “oligarchs” with the encouragement and assistance of American advisors. Inflation skyrocketed, wages and pensions went unpaid, and the ruble plummeted. This economic catastrophe led to the loss of people’s life savings, poverty surged, and the worst mortality crisis since WWII occurred, along with a spike in violent crime.

This rash of violence included more murders of journalists during the chaotic 90’s in Russia than at any time since. Yeltsin also dealt with a constitutional crisis in parliament by storming the legislative body with the country’s military, leading to hundreds of deaths and even more injuries. To avoid having his authority challenged in the future, he had a constitution drawn up that disempowered the legislature – a constitution that is still in force today.

From 2000 to 2008, under Vladimir Putin’s leadership, poverty was halved, pensions were increased and consistently paid, and the average annual growth rate was 7 percent. Significant infrastructure investment was kickstarted, mortality rates dropped, violent crime plummeted, and a legal system that provided more rights and protections for Russians began to take shape.

The economy has stagnated since 2014 due to several factors. There have also been setbacks in democratic legal reforms, most notably with regard to foreign-funded media and nonprofits.

But the facts simply do not support the assertion that Russia is in decline.

Who Insists Russia Is in Decline and Why?

So where is this contention coming from and why does it persist? Part of the explanation is that many western pundits – and even government advisors – are ill-informed about Russia. But that doesn’t seem to explain the phenomenon entirely.

Western leaders – particularly those in the United States – loved Yeltsin who presided over an undemocratic Russia on the verge of collapse, a sizable portion of its population in desperate straits. They’ve heaped nothing but scorn on Putin, who – whether one likes him or not – demonstrably stabilized the country on many fronts, including the economy, mortality rate, crime, and the legal system.

When Putin is not being pressured by the US-led West, he is a typical Eastern European liberal. Putin’s actions and policies during his first two terms as president bear this out.

If the West wanted Putin to be more liberal and democratic, it would make more sense to not pressure him in the form of NATO expansion. Backing regime change in a neighboring country that is a major security interest to Russia and formerly housed a strategically important naval base, vocally supporting unpopular opposition forces, and heaping sanctions on Russia are unlikely to result in a change in the government’s actions.

History shows that when leaders are threatened by outside powers, their liberal tendencies are suppressed and more authoritarian impulses come to the fore.

This begs the question: is the US political class really this stupid? Or is it possible that they don’t want to see long-term stability in Russia?

There is historical precedent for this attitude. For centuries, the West has viewed Russia with a mixture of fascination, fear, and hostility. Despite major advancements in the eras of Peter and Catherine the Great, Russia still lagged behind the West.

In the mid-nineteenth century, Russia began catching up, enjoying impressive growth, rapidly industrializing, and building railroads. The British, French, and Germans/Prussians assumed that it was only a question of time before Russia would become a major power. All it needed was competent leadership.

Fast forward to today. Its vast size and prodigious resources remain. Having overcome its historically poor agricultural policies, the country can now properly feed itself. It has the technology and infrastructure to support a space program and a robust, sophisticated military. The country can independently produce its own cars, trucks, and airplanes.

Also, unlike many countries in the world, it has very little external debt and boasts major gold reserves. It has weathered Western sanctions better than Iran or Venezuela while maintaining a reasonably low unemployment rate.

Given all of this, it is clear that with stability and smart leadership to guide it competently over a period of time, Russia has the potential to be a serious competitor. However, such competition will never be acceptable to the leadership of a country that sees itself as exceptional, if not indispensable.