EU ambassador to Azerbaijan speaks on prospects of agricultural cooperation 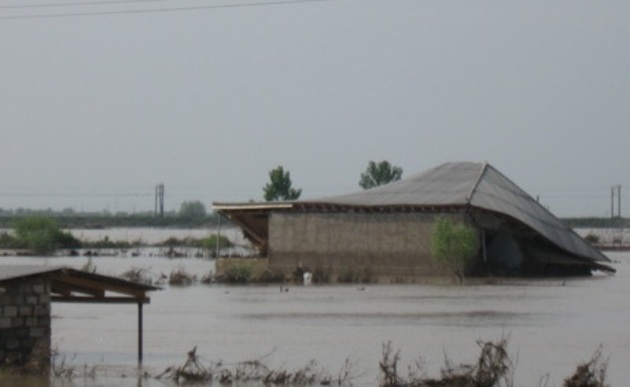 On 29 January, the Delegation of the European Union in Azerbaijan organised a presentation for the project “Agriculture Initiatives to Generate Sources of Income in the Telishli Eco-Migrant Community” which was formed as a result of the floods of the Kura River in 2010 in the Imishli-Kurdemir area. As Caucasus Watch reports, the project was implemented by the public environmental organisation “Ruzgar.” Presenting its results, the head of this NGO Islam Mustafayev said that the project had five points: 1) increasing the yield of pastures and improving the irrigation system; 2) creation of a carpet weaving shop; 3) organisation of a roadside cooperative service for the sale of products produced in the community; 4) the breeding of goats of the Aleppo variety; and 5) restoration of the lake for fish farming.

Mustafayev said that residents of these two villages faced environmental and social problems as a result of floods in 2010. “The government has built a new village for these eco-migrants; a total of 104 houses were built. Residents' incomes have plummeted due to the effects of the floods. However, the project has created jobs for community members, laying the foundation for future sources of income,” he underscored.

Speaking at the event, the head of the EU Delegation to Azerbaijan Kestutis Yankauskas noted that the project ended with great success and expects the project's results to be long lasting. “This project is one of eight EU projects in Azerbaijan for the development of rural areas. Our projects cover more than 5 thousand people in 30 regions of Azerbaijan. Many family farms are involved in the projects. The projects have shown once again that they have great success when civil society is involved in them,” the diplomat said.

Yankauskas also spoke on other projects between the EU and Azerbaijan. He noted that the current two-year programme, in agreement with the Azerbaijani government, is primarily focused on eliminating the negative effects of the pandemic on the socio-economic sphere. “Taking into consideration of the existence of EU financial instruments regarding Azerbaijan, the financial priorities will be determined for the next 5-7 years. The sphere of conducted work is wide. We will work on the civil society project, continue our work on regional development, and will succeed,” he emphasised. He added that the EU has currently several projects in Azerbaijan which assist in phytosanitary inspections and cooperate with these organisations, and the program that supports socio-economic development of Lankaran region.