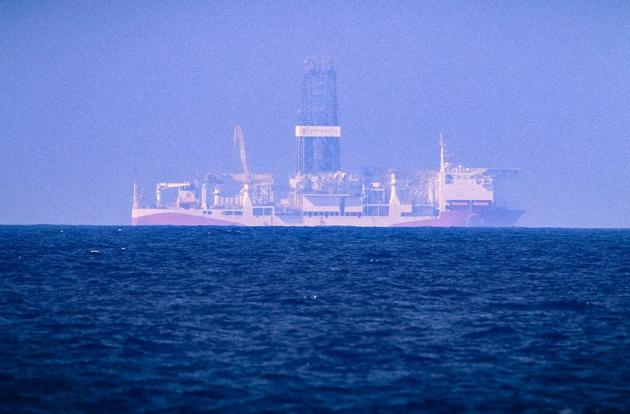 Egyptian officials have sought to reassure Turkey after Cairo signed a partial maritime delimitation deal with Greece, saying they had respected Ankara's national security concerns while preparing the agreement, a senior Turkish official said, Middle East Eye reports in its article Wary Egypt attempts to reassure Turkey over maritime deal with Greece. The official, who spoke to journalists on Tuesday on condition of anonymity, said the government had been pleased by Egypt's message. “Further talks on the subject depend on the political developments in each country,” the official said.

Diplomatic relations between Ankara and Cairo broke down following the overthrow of Egypt’s first democratically-elected president, Mohamed Morsi, in 2013. Earlier this week, Turkey sent a research vessel and several warships to an area which was part of the recent Athens-Cairo deal. The move came after Turkish President Recep Tayyip Erdogan said last week that Ankara would restart its energy drilling operations in the Mediterranean, as Greece had violated a German-mediated diplomatic dialogue by suddenly signing a deal to thwart a similar maritime agreement signed by Turkey and Libya last year.

There are signs that Turkey is not immediately concerned by the content of the agreement signed on Thursday between Greece and Egypt, as it reflects Egyptian goodwill towards Turkey's continental shelf. Over the weekend, Turkish Foreign Minister Mevlut Cavusoglu said that the deal had actually validated Turkey's maritime thesis since it did not grant complete maritime jurisdiction to the Greek Islands, something that Athens has pushed for decades. “The agreement signed between Greece and Egypt is based on a partial delimitation, as Meis Island (Kastellorizo in Greek) and part of the coast of Rhodes have not been included," Serkan Demirtas, a columnist with the Hurriyet Daily News, wrote. "It is believed that Egypt has refused [to buckle] under Greek pressure on Kastelorizo, in a bid to avoid a confrontation with Turkey.”

The latest apparent flirtation between Ankara and Cairo is not new. Cavusoglu said last month that Turkey held talks on the maritime dispute in the Eastern Mediterranean with the Egyptian charge d’affaires in Ankara. Turkey and the UN-recognised Libyan government signed a memorandum of understanding in November to delimit maritime zones in the Eastern Mediterranean in an attempt to block further Greek and Cypriot energy drilling activities in the area.

Egypt called the deal at the time "illegal and not binding or affecting the interests and the rights of any third parties". Cavusoglu said Turkey’s maritime delimitation deal with Libya would earn Egypt 50,000 square km in the Mediterranean. “Egypt's charge d’affaires in Ankara is an expert on this issue since he was also involved in negotiations with Greece for [a rival deal],” he said at the time. “We have informed them and exchanged views on the issue. I can say that we all agree that our deal extends Egypt’s exclusive economic zone.”

Turkish officials accuse the Greek government of not honouring its promise to discuss the issue on a bilateral level, even though, in a goodwill gesture, Ankara suspended its drilling work west of Cyprus for a month in order to allow time for diplomatic negotiations. “After the consultations, Greek and Turkish foreign ministers were in agreement to issue a joint declaration," Erdogan’s chief foreign policy adviser, Ibrahim Kalin, said on Sunday night. "However, a day before the release of the joint text, Greece announced that it had signed a deal with Egypt.”

Erdogan is expected to hold a telephone call with German Chancellor Angela Merkel on the subject to determine his next steps. "We would like to resolve the problem with Greece through negotiations," the Turkish Defence Minister Hulusi Akar said on Wednesday.

The Geopolitical Game That Could Transform Gas Markets

Erdogan: Turkey has become a US outpost