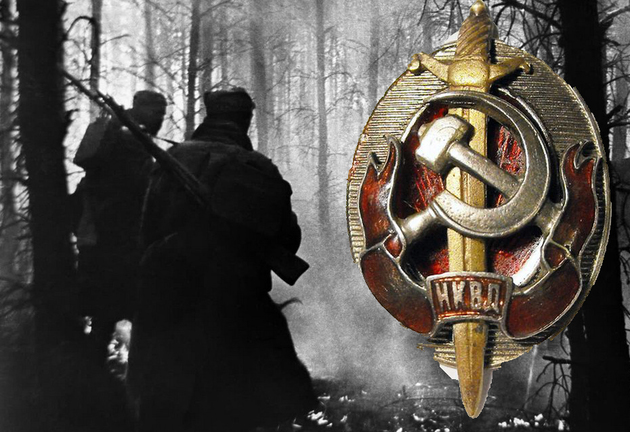 On the eve of the 75th anniversary of the Victory of the Soviet people in World War II, historians again spoke of the danger of attempts to distort the truth about that war and the glorification of fascist criminals. Recently, the Federal Security Service of Russia in the Krasnodar Territory declassified documents on the work of the Kuban security officers during the war. According to Krasnodar Izvestia, with the outbreak of war, the Soviet government demanded that the Chekists restructure their work in relation to wartime conditions.

The main task of the NKVD workers was the fight against intelligence and counterintelligence agents of fascist Germany and its satellites, the fight against betrayal and treason. Here is one of the declassified stories. When the Nazis occupied Ukraine and Crimea, the Azov coast - Mariupol, Taganrog, Rostov-on-Don, and the enemy had the opportunity to throw agents in the Kuban. In the forest-mountainous zone of the region, gangs from among the deserters of the Red Army traded. They robbed collective farms, stole cattle, food, killed workers who tried to resist them.

Of particular danger was the so-called Kuban-Armenian gang led by Abyan. In November 1941, the leader, who emigrated from Turkey, proceeded to unite all the bandit groups and individuals to fight the Soviet regime. Abyan united all the Armenian groups operating in the forests of the region into one. And this is 30 people with a permanent base. The gang members were tasked with: attracting new members and getting weapons. It was planned, as the front line approached, to strike the Red Army from the rear and go over to the side of the Nazi troops. The gang's plans were to destroy the Soviet asset, establish contacts with the German command, as well as receive weapons and further instructions from Germany. The bandits wrote a letter to the Germans asking for help. At that time, they themselves attacked policemen and foresters and took away weapons and ammunition.

Given that the Germans were actively attacking the North Caucasus, the continued existence of such a gang in the rear of the Soviet troops threatened with serious consequences. The task was set to eliminate the gang.

On January 18, 1942, the task force, together with naval pilots, conducted an operation to surround the criminals. But Abyan was warned by someone. He pulled his "colleagues" out of attack. Soviet officers were also killed in the shootout. Further to February, a lot of work was done to decompose the gang through agents and relatives. 14 people surrendered voluntarily, and five - were caught and arrested. On February 26, the remains of the gang were surrounded and destroyed. However, Abyan again managed to escape. Considering his active anti-Soviet activity, it was decided to use one of the members of his gang in the capture of Abyan, who realized his criminal activity and helped the investigation under the pseudonym "Leonid". He was sent to the mountains with the task of finding the leader of the gang. In the summer of 1942, an agent destroyed Abyan.

“More and more speculation is being heard about the war. And such documents allow us to convey the events of those years as they actually were,” says Vladimir Kosyakov, a specialist in the archive of the FSB of Russia in the Krasnodar Territory.